The Baumgartner's not only enjoy modern appliances, they also have lower fuel bills and enjoy power even when their neighbors are suffering from a blackout. The only evidence that their house is running on solar power is the noise from the generator when it is running.

Even though their house is located in the District of Mission, an area of the Lower Mainland of British Columbia, Canada that has a reputation for having more rain than sun, Xantrex Technology Inc. employees Rob and Charlene Baumgartner use solar energy for much of their household power needs.

&quot;I admit it is a little unusual to find a solar powered house in a rain forest, but it can be successfully done" said Rob. &quot;Our goal is to one day have 50 per cent of our power supplied by solar energy despite Mission's rainy climate."

Power for their off-grid home is supplied by solar panels and an SW Plus 4024 Inverter/Charger. A generator is used for about two hours a day during the fall and winter months to supplement the energy produced by the solar panels during low light periods.

The Baumgartner's believe in standing behind Xantrex products, so much so that they even used two Prosine 2.0's to power the tools their contractor used when building the house.

&quot;The house is a beta test for Xantrex products because of its isolation from the grid," said Rob. &quot;A lot of the stuff in our house is the worst case scenario of what you would see in the field, because we have so many conventional appliances." 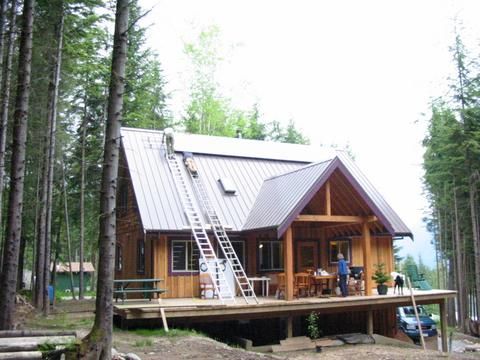 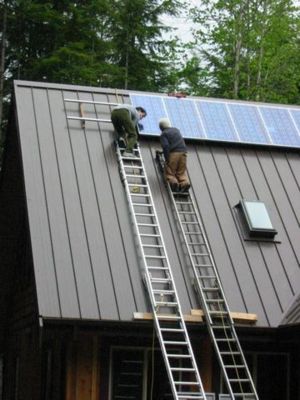 The Baumgartner's not only enjoy modern appliances, they also have lower fuel bills and enjoy power even when their neighbors are suffering from a blackout. The only evidence that their house is running on solar power is the noise from the generator when it is running. &quot;People coming to our house don't even realize its off-grid," said Rob.

However, they don't plan to stop with solar power. Currently, Rob is designing a micro-hydro system to take advantage of the area's plentiful rain.

&quot;The elevation of the property and its long driveway can be used to create a small river," said Rob. &quot;I can produce electricity by re-directing rain water run-off through a pipe that follows the slope of the driveway and installing a small turbine at the base.

&quot;If it is not sunny out there you can guarantee its raining," said Rob. &quot;If this will produce a little bit of power, it will be a huge help."

Living off-grid has resulted in the Baumgartner's becoming much more energy conscious, such as turning off-lights and appliances when they are not being used and carefully monitoring phantom loads. Their advice to homeowners thinking about going off-grid:

&quot;Don't assume that a normal wasteful lifestyle can be solar powered in the Lower Mainland," Rob says. &quot;It is always much cheaper to save a watt of power than to generate an extra one."