The engine is running smoother, quieter, and although veggie is supposed to have 6% less BTU, performance and mileage do not seem to be affected. Emissions definately have been affected positively. No black smoke and the exhaust smells better.

Friday night, Christian Gundermann showed up with his 1980 MB 300TD wagon. A really premo ride with only 81k miles on it. We took it to Compeau's Quik Lube, in Massena, NY, where proprietor Frank Hillenbrand III, Christian, and I got busy.

We start the car on (bio)diesel, and hot coolant heats the veggie oil tank to 170F, then we switch over to veggie. When done driving, we switch back to (bio)diesel to clean the veggie out of the system.

First up was to install a heat exchanger in Christian's primary fuel tank. Christian wanted his factory tank to hold the heated oil, so we installed a 3 gallon tank in the spare tire well for diesel. We had to drain about 5 gallons of diesel from his tank before cutting into it with a grinder. 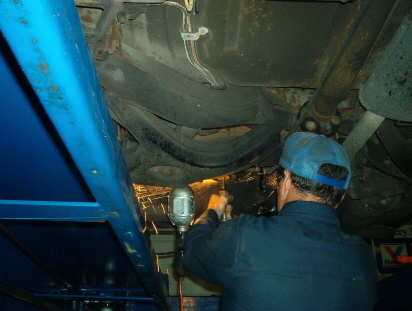 After the whole was cut out, Frank inserted the heat exchanger, and sealed with Permatex Rightstuff. A few screws to hold the plate, and this part is done. 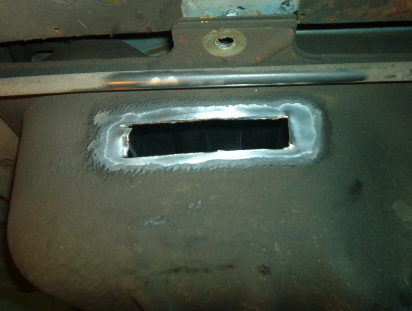 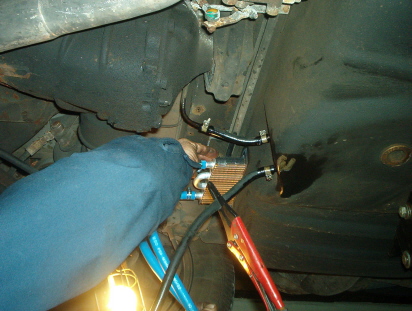 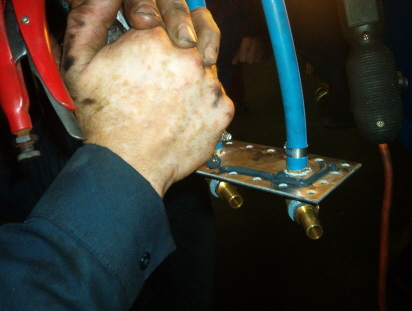 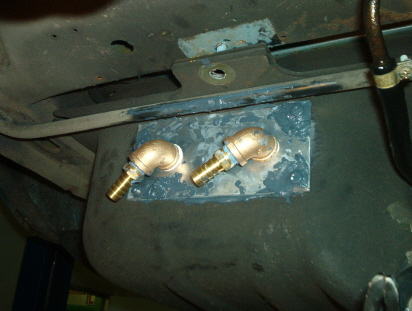 Next we ran Greasel's 3B hose from the rear of the car, up to the engine compartment, taking care to avoid suspension, driveline, and exhaust components. The 3B hose contains two coolant lines and a fuel line within an outer sleeve. 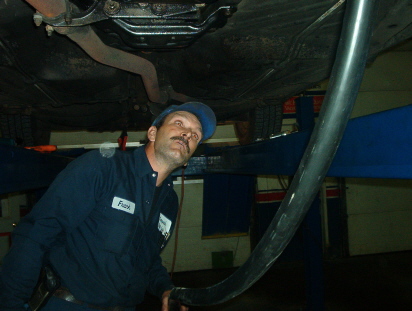 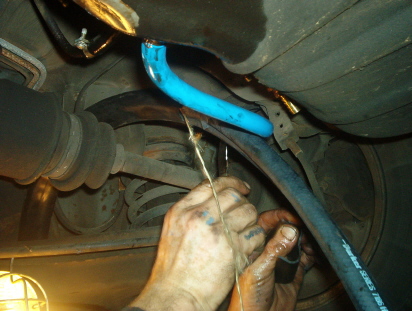 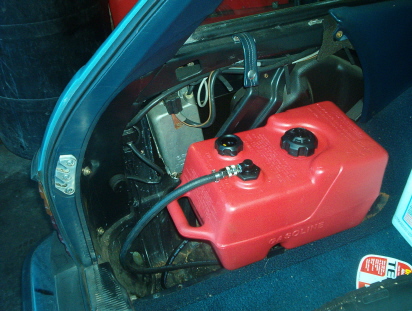 Up front, we installed the Racor heated fuel filter, the circulating tank heater, the 3 port fuel selector solenoid, and the manual purge valve. 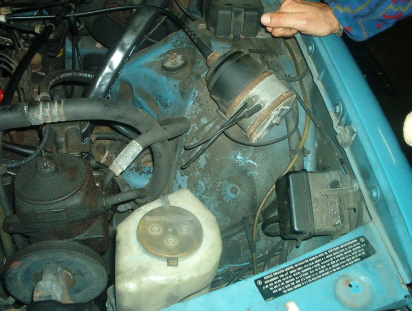 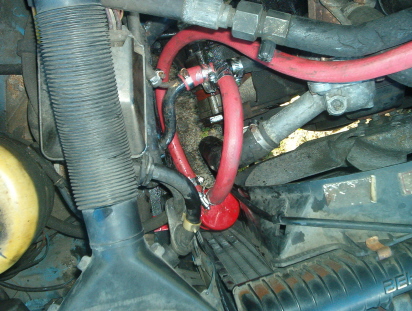 Initially, the fuel went from fuel tank to lift pump, then the filter, and finally the injector pump, with a return connector on the fuel filter sending fuel back to the tank. Remove the bolt (banjo nut) from the top of the factory fuel filter, and weld the bottom closed, to keep the system from pulling diesel from the filter during veggie operation, but still allowing the fuel loop (3 hoses, 3 holes in bolt) at the top of the bolt to work properly.

Now, fuel travels from the two tanks, through their respective filters, into the 3 port solenoid, then to the lift pump, and on to the injector pump. From the injector pump (by way of the banjo nut on top of the factory fuel filter), the fuel return goes to the manual purge valve. This is to remove air from the system. This has two positions:

A switch was mounted on the dash to activate the veggie/diesel selector valve, and the filter heater pad (68 watts) was wired into the hot on the glow plug circuit. 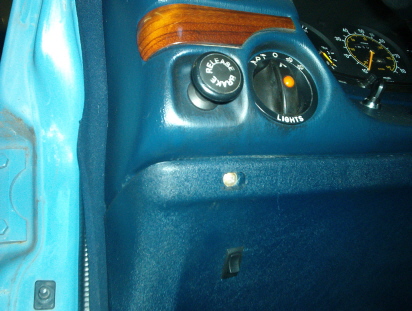 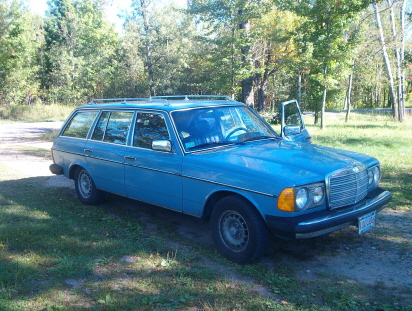 That's it, one nice smelling Benz. After 7 hours of work, I'm hungry. I wonder where those frys went ......

The engine is running smoother, quieter, and although veggie is supposed to have 6% less BTU, performance and mileage do not seem to be affected. Emissions definitely have been affected positively. No black smoke, and the exhaust smells better.