Currently there are two wireless networks for home entertainment, data networks and in home communication - the data network which usually runs on one of the various flavors of Wi-Fi and the cordless phone systems using the so-called DECT standard. Even though both technologies are very mature and effective, because of their high bandwidth and data throughput, they require a lot of power.

Next Generation Green Tech for the Home 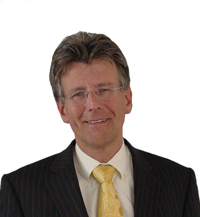 Cees Links is a pioneer of the wireless data industry, a visionary leader bringing the world of mobile computing and continuous networking together. Under his responsibility, the first wireless LANs were developed which ultimately became a house-hold technology integrated into the PCs and notebooks we are all familiar with. He also pioneered the development of Wi-Fi access points, home networking routers and hotspot base stations, all widely used today.

Cees’ vision is to build a smarter world by developing a communications platform between devices sensing and enabling us to control our lives.