Clearly, the introduction of strong government backed renewable energy programs, combined with a little capitalism, will help continue to return the world back to its original clean energy sources, like wind and sun. History has a strange way of repeating itself. The industrial revolution of the 21st century has clearly begun.

There have been a lot of technological advances since the first industrial revolution in the mid 1700’s in England. But surprisingly enough the world is still generating most of its energy from the same “dirty” sources that powered steam engines in the beginning.

In a modern world full of High-Def TV’s, Black Berry’s, I-Pads, micro processors, and whatever other so called necessity devices one can dream up, the fact that clean energy technologies are not already being implemented to their fullest potential should come as a surprise.

Luckily for us (when I refer to “us” I am excluding the big oil companies and coal producers) change is happening. In fact, in Ontario, Canada change is already here.

The recent implementation of North America’s “first” Renewable Energy Feed-In-Tariff (FIT) program is leading the continent into a new-clean industrial revolution … and the whole world is taking notice.

Ontario’s precedent setting FIT program is promoting the rapid deployment of renewable energies in an effort to ease the province off of it’s dependency on dirty power sources such as coal, oil and even nuclear power. 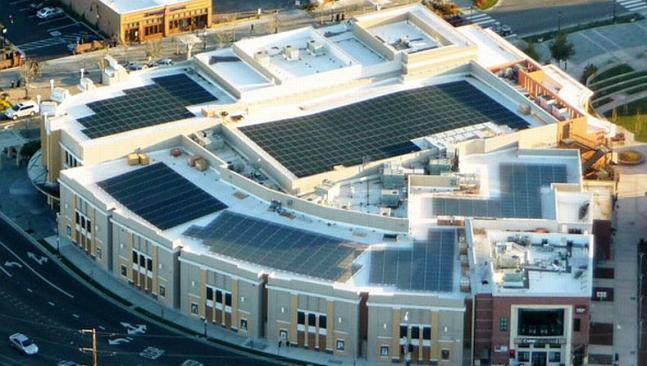 The program is modeled after some of Europe’s most successful government backed energy programs, combining the best policies of each into one incomparable program. The new FIT is structured in a way that guarantees rapid change without the government incurring the initial capital costs associated with rebuilding the regions power infrastructure.

The up front payouts have been offset through the implementation of a 20 year secured contract, called a Power Purchase Agreement (PPA), which guarantees the purchase of power generated from renewable sources (i.e. wind, solar, geothermal, hydro, etc.), for up to 10 times the price they sell the same electricity back to the end consumer for. With incentives this strong, it’s no wonder that innovative renewable energy companies from all over the world are flocking to Ontario. “We are definitely in the right place, at the right time,” says Mr. Gilles Trahan, Chairman of Atlantic Wind & Solar Inc. (Stock Symbol: AWSL), one of North America’s most promising small cap, renewable energy companies.“

The company supplies, installs, owns, and operates utility scale solar energy parks and sells the electricity generated directly into the grid. Their proprietary technologies allow them to generate 30% more electricity than any other company in the sector, giving them a competitive advantage while significantly leveraging the tariff rates. “But these aren’t your typical solar energy parks” continued Trahan. ”This is also about distributed generation.”

Distributed generation entails producing electricity closest to the areas where it is consumed. This eliminates the need to transmit electricity over long distances where a considerable amount of energy is lost unnecessarily due to what is called drop off. “Therefore, installing a full utility scale solar energy park on the rooftop of a 50,000 square foot (or bigger) commercial building, which will in turn be used to power the rest of the buildings on the same street, may be the perfect solution.” Trahan explained.

In an effort to promote the distributed generation model, the Ontario government is paying significantly higher premiums to power suppliers, like Atlantic, for electricity generated from solar, on rooftops.
Atlantic, along with a few other savvy power companies, is recognizing this unique opportunity.

In an effort to further capture this market, Atlantic has partnered with some of the largest commercial real estate developers in the world and are involved in over 100 utility scale rooftop solar development projects in Ontario alone with the intention of completing over 200 more next year.

Expect to start seeing large scale solar energy parks being built on rooftops in your community because the company has already started duplicating its business model in other FIT markets including Germany, England, and India.

Clearly, the introduction of strong government backed renewable energy programs, combined with a little capitalism, will help continue to return the world back to its original clean energy sources, like wind and sun.

History has a strange way of repeating itself. The industrial revolution of the 21st century has clearly begun.