This new type of architecture has inherent cost and reliability advantages over microinverters: it uses fewer critical components than microinverters, its easy installation and connection to the grid allows for reduced installation and maintenance costs and its connection to the module at a cellular level means the performance and cost of the solar module can be optimized.

Inverter Strategies: An Overlooked Factor in the Solar Cost Equation

In the quest to make solar more efficient and affordable, much attention has been focused on PV module technology. Now that the price and efficiency of PV modules is improving, attention is shifting to the way in which the electricity gets from the module to the grid as another means of bringing down the cost of solar.

The task of converting the power made by the modules, which takes the form of direct current (DC), into power that can be used by the grid, or alternating current (AC), falls to the inverter, an essential, but often underappreciated, element of a solar system. In effect, the inverter produces waveforms of the power from the solar system to match the waveforms of the utility company’s power grid.

In addition to converting DC power to AC power, inverters are also in charge of maximizing the amount of power produced, which they do by searching for the best voltages and current levels at which the modules in the solar system operate. Depending on how the inverter is connected to the modules – either to a series of modules or to each individual module – the power maximization of the system will be different.

In about half of all commercial solar systems, all the modules are connected to a large central inverter. The problem with this format is that, as with a series of Christmas tree lights, if the current drops in one module, the energy harvest of the entire system is affected: the system is only as good as its weakest link. Faulty operation or even dust, debris or shade on a single module can affect the entire array.

An alternative is the string inverter, which does the same thing, but for a string of about a dozen modules: the larger a PV system, the more string inverters are required. The string inverter yields a better power harvest than the central inverter because each string is tracked individually, but there is little other advantage.

The lifespan of a central or string inverter is also shorter than that of the module, making the inverter the principal point of failure in a solar installation. Central and string inverters typically have five- to 10-year lifespans, which means that they will have to be replaced several times over the 25-year lifespan of the modules -- an expense that adds significantly to system cost.

As a result of these problems, the industry has focused on developing “distributed inverter architectures,” in which the functions of a central or string inverter are moved from the system to the module level. In addition to increasing energy harvest and reducing component and labor costs, such systems are safer because each module emits low-voltage AC, in contrast to the accumulation of DC at a central or string inverter.

Many industry observers believe that, because of the cost benefits, improved energy harvest and simplified engineering, distributed inverter architecture will eventually eclipse the centralized inverter industry.

One form of distributed inverter architecture is the microinverter, a small inverter that is bolted to the racking under each module or to the module itself. Because microinverters optimize the voltage-current levels at the module level and are strung in parallel, they eliminate the inefficiencies of central and string inverters. Thus, any obstruction to energy harvest for a module will affect the energy harvest of only that specific module, rather than that of the entire array or string.

Although microinverters produce more power across the array than central or string inverters (due primarily to energy harvest, reduction in mismatch losses and shading tolerance) they are also more expensive -- so expensive in fact that they are generally not considered suitable for commercial uses despite the performance gains. Also, some types of microinverters contain electrolytic capacitors that are prone to failure, thus limiting the term of the warranty.

The latest inverter technology to hit the market is ArrayPower’s Sequenced Inverter, which differs significantly from traditional inverter technologies, both in the way that it optimizes solar power and the way it is integrated with the solar module. The Sequenced Inverter -- a testament to American ingenuity and know-how -- was developed by inventors who were convinced that there was a cheaper, easier and more reliable way to get power from module to grid.

The ArrayPower product, which is integrated with the module in a “plug ‘n play” format, synchronizes discontinuous pulses from each module into a single continuous AC current waveform that is suitable for the grid. Instead of including all inverter functions within one unit, the ArrayPower technology distributes the inverter functions typically contained in one unit across a series of modules.

This new type of architecture has inherent cost and reliability advantages over microinverters: it uses fewer critical components than microinverters, its easy installation and connection to the grid allows for reduced installation and maintenance costs and its connection to the module at a cellular level means the performance and cost of the solar module can be optimized.

Indeed, the system performance of the ArrayPower Sequenced Inverter is equivalent to that of a microinverter, but it is priced similarly to string inverters, and ArrayPower is able to offer a 25-year warranty -- the same term that is typically offered for modules.

ArrayPower’s Sequenced Inverter is demonstrating that innovations in this oft-overlooked component of a solar system can dramatically alter the costs and efficiencies of solar, offering the lowest Levelized Cost of Electricity in the marketplace and helping to speed the adoption of solar in the solar commercial market and move the industry toward the goal of grid parity. 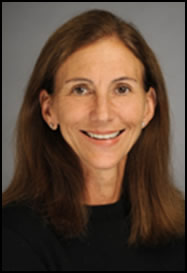 Previously, Arienzo worked at some of the leading companies in the technology industry, including IBM, Phillips and NXP Semiconductors. Arienzo began her career in the solar technology development field developing polycrystalline silicon cells in Florence, Italy.

Arienzo has received numerous accolades for her accomplishments and is a sought-after public speaker in the technology sector. She has been recognized by the New York State Department of Environmental Conservation and the Center for Economic Growth, a non-profit based in New York state promoting economic growth throughout the state’s capital region.