The piling of anion and cation ion exchange membranes can provide a kind of pseudo-charge mosaic membranes and that can be practically used in various industrial applications, and is worth of further detailed studies.

Cutting two pieces of anion and cation ionic exchange membranes with a diameter of 10cm, and a piece of a thin film of filtering cloth, and piling together closely in the order of anion membrane, filtering cloth and cation membrane, and then closely pressed in between and along the edges of the mouths of two transparent plastic bottles with a diameter of 8cm, the side of the bottles is cut with an opening for the convenience of pouring aqueous solutions, as schematically shown in Figure 1. The inserted thin film of filtering cloth is used to make sure there is a thin opening between the two membranes and allowing aqueous solutions to flow out. The aqueous solutions used are mixtures of saturated white sugar and sodium chloride salt. 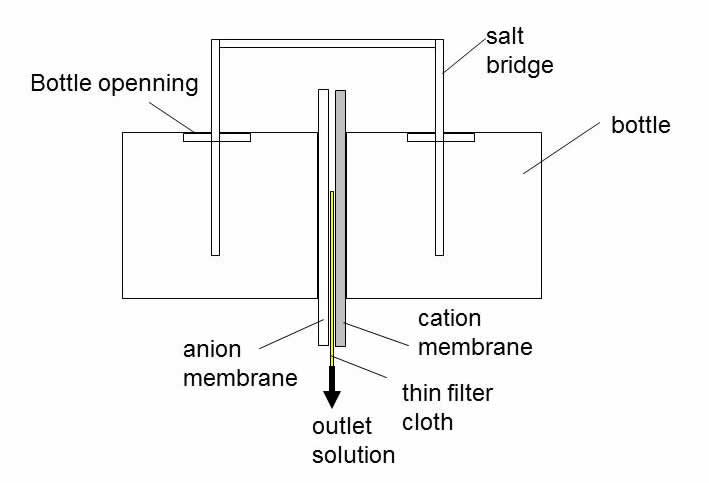 Fig.1 is a schematic diagram shows the piling of membranes, the bottles, and salt bridge forming a module structure.

To confirm the effects of ion flow, a salt bridge is built across the bottles’ two openings, with a plastic pipe of 6mm in diameter.

When the salt bridge is not built up across the two parts of solutions in the two bottles, there is no aqueous solution to appear even after 3 hrs. However, when the salt bridge is built up, apparent flowing solution appears after 5 minutes along the thin filtering cloth. According to the collected and measured volume of the solution, it is estimated that the flowing rate is about 10-100 L/hr/m2/bar, assuming the driving force for the diffusion of electrolytes is the pressure from the water contained in the bottles. Further, it is tasted that the flowing out solutions are salty but not sweet, which confirms that only ionic electrolyte chemicals are filtered through the ionic exchange membrane combinations, as expected that sugar as a nonelectrolyte matter cannot pass through ion exchange membranes.

The result shows that, through piling of anion and cation membranes, a charge mosaic membrane is formed, and that  there is the property of allowing only electrolytes to be filtered out. The mechanism is when the respected ions diffuse through their respected membranes, the opposite signed ions are recombined at the interfaces of the two membranes, without the salt bridge across the two solutions in the two bottles, the electronic balance is broken for the two bottles or the two parts of the solutions, however, when the salt bridge is built up, ions can flow through the salt bridge and maintain the electronic balance. Thus electrolytes can be continuously filtered out from the mixed solutions.

For a further modification, pieces of anion and cation ionic membranes can be piled together closely and alternately, and are compressed by a rigid cover to form a whole piece or a unit of a pseudo-charge mosaic filtering membrane, as shown in Figure 2.

The top and bottom of the rigid covers should possess small and fine holes allowing aqueous solutions to permeate the underneath membranes. Similarly, when ions diffuse through their respect membranes, due to electronic attractions, the different signed ions can recombine at the membranes interfaces forming a neutral passage for electrolyte chemicals, or recombine at the outlet around the membranes interfaces, both resulting in the filtering of electrolyte chemicals from the mixed solutions.

For seawater desalination, the anion membranes can only allow proton ions to diffuse through. This leads to only water to be piezodialysised or dialysised from seawater.

The piling of anion and cation ion exchange membranes can provide a kind of pseudo-charge mosaic membranes and that can be practically used in various industrial applications, and is worth of further detailed studies.