It is entirely technically reasonable to amortize the financing of a well engineered solar array over 30-40 years, not just 20.

In observing the current ‘gold rush’ of companies hopping onto the solar bandwagon in response to Ontario’s very favorable Feed In Tariff, we are concerned that the investors paying for these installations might find themselves disappointed with the low yield they could experience. Our concern extends to the possible damage to the industry from unfavorable publicity or possible lawsuits.  To protect the solar industry, let’s examine some of the widely-held beliefs in this industry with an eye to seeing how they impact yield ( defined as : the number of KiloWattHours delivered per year by a solar array and thus the number of dollars earned under a Power Purchase Agreement ). 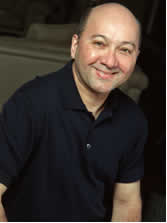 NOTE – much of the following discussion relates to a ‘less than perfect’ solar environment, like that found in the Northern and Eastern states and most of Canada.  Our contention is that there are more places on the globe with marginal conditions than there are places where solar works perfectly.

Belief 1 : The important metric in costing Solar Array is “Dollars Per Watt”

Because most domestic investors don’t understand (yet) that there are fairly large differences in the productivity of solar arrays, it is easy to sell them the concept that “ our array is the same nameplate size as that other possibly more expensive one, but it’s cheaper, so it’s better “.  This “Dollars per Watt “ mentality sometimes works well in jurisdictions where government incentives ( so much per installed nameplate Watt ) make production after start-up less important, but if the investor is expecting to experience a financial return based on the quantity of electricity produced, then the overall productivity of the array is paramount.

Conclusion :  the metric by which arrays should be measured and compared is Dollars of Investment per kWh produced over the useable lifetime of the array.

Belief 2 :  Solar Arrays should be amortized over the  length of the first PPA

When financing solar arrays (defined as : the complete solar generating facility –land/roof,  panels, racking, electronics ) the common practice appears to be one of amortizing the project only over the length of the first PPA ( usually 20 years ).  This seems to presuppose that the array loses all value at the end of the PPA.  We don’t think that’s true for the following reasons :

Conclusion:  it is entirely technically reasonable to amortize the financing of a well engineered solar array over 30-40 years, not just 20.

Belief 3 :  The important metric in PV Power Electronics is “Efficiency”

Efficiency is a measure of the energy lost by any device, compared to the energy passed through or provided to the load.  In the case of Power Electronics, efficiency is the measure of electricity lost as heat.  While important, efficiency is not as critical as Efficacy ( defined as : how well or effectively the machine does its job with ALL of the available energy presented to it.)

Well, aren’t they the same thing ?  No ! Efficiency measures losses – Efficacy measures yield. Efficiency only comes into play when the inverter is actually running.  Efficacy is measured over the whole conversion cycle over the whole year.  An inverter that is “on” longer and more often during the year will generate more electricity – therefore its Efficacy will be higher.  For an in-depth discussion, please see Note 2.

To illustrate the difference, the graph below shows the output of a typical array on a typical day – during which the sun is occasionally obscured by clouds ( Insolation vs Illumination )  For most areas outside any ‘sun belt’ , many days throughout the year will show this less-than-perfect illumination.

Simply put, a high Efficacy (Enhanced ) inverter will be “on and running” more of the time.  It will ‘wake up’ earlier in the morning as the illumination increases, will stay on later in the day as the illumination decreases, will stay on longer when a cloud passes over, and will stay on more days in the fall, winter , and spring when the days are shorter and illumination is decreased.  Clearly, the longer an inverter is converting power, the more power it will generate, and the higher the annual yield.  We have documented head-to-head comparisons where the Enhanced inverter generates 30% more per year from an identical array. For a discussion of how Enhanced inverters work, see note 3.

Digression:  One way to measure Efficacy of an entire PV system is expressed as “ KiloWattHours per year, per DC installed Kilo Watt “.  This figure is often provided by ‘prediction’ software like PVWatts and RETScreen.  The problem, of course, is that this software DOES NOT take into consideration the possibility of an Enhanced inverter which will turn on and stay on at lower voltages. Thus, the maximum ‘acceptable’ Efficacy ( in Ontario ) is often believed to be about 1000 -1100 kWh per year per DC installed Watt.  We have several arrays running in which the Efficacy is often greater than  1300 - 1400 kWh per year per DC Installed Watt.

Conclusion : If you care about how much money the array earns, it would seem important to pick an inverter with high Efficiency, but more importantly, one with higher Efficacy.

One practice which seems logical but which is inimical to yield is to aim the panels high  to optimize the capture of energy during the summer when the sun path is higher in the sky.

Our contention is that this practice wastes yield over the total year for the following reasons:

Consider, instead, aligning the panels to optimize the annual yield ( with an eye to the ambient temperature ) . The normal recommendation is an angle equal to the latitude.  Then, an Enhanced inverter can capture energy effectively ALL YEAR LONG, and even a conventional inverter will perform better in these situations.  We have found and continue to observe that the best time to generate PV power from commercially available PV panels is spring and fall – cool but still relatively long days with  bright sunshine mean the panels are operating well, and an Enhanced inverter can gather the energy for long periods since there are many more Fall, Winter, and Spring days than there are Summer Days.  We have even shown that short snowy northern winter days will still provide energy if the PV panels are correctly aligned and coupled to an Enhanced inverter.  See Note 4 for a discussion of snow on PV panels.

Belief 5 :  On rooftops, it is better to ballast PV arrays than to mount with perforations

Because building owners are understandably sensitive to ‘holes in the roof’, many PV installers and many racking manufacturers focus on this and suggest ‘ballasted’ and self-ballasted systems which sit ON the roof surface, in a variety of ways and which ( they say) do not ‘perforate’ the roof surface.  This is typically a very inexpensive way of installing PV on a roof.  Proponents of this belief will argue to keep capital cost low and keep panel angles low ( thus sacrificing yield ) on the basis that high angles increase load on the building and are expensive. They will further argue that a perforation to connect to the building may cause roof leaks.  The reality is that once a building owner drills down through the rhetoric, they will find that most systems, ( ballasted or self ballasted ) do require additional anchoring or roof perforations. Granted these may be comparatively few, but perforations are required just the same. Certainly it seems that any system with a panel tilt angle in excess of 20 degrees will require anchors( perforations).

Let’s examine the real issues with building loading.  To be sure, many buildings are not built and designed to support the dead weight load or the wind loading occasioned by a PV array.  We at Hybridyne NEVER install ( or even quote ) an array on a rooftop until the building has been examined by a civil engineering firm.  BUT, if the building is strong enough, what about the roof itself?  Please remember that the top of a building is two separate things :

Since the engineering surveys for new buildings at 40-plus latitudes almost always reveal that the roof surface cannot support much additional dead load,  does it make sense to add to that load with the significant weight of the PV panels, plus the weight of the racking, PLUS the weight of ballast to hold it down in the wind ?  Moreover, all this weight would be sitting ON the fragile roof surface.  Consider thousands of pounds of new dead load pressing down on the  thin rubber or asphalt roof membrane.  Then add the wind vibrating that weight, grinding the ballast stones or point load locations into the membrane.  Then add the fact that in higher latitudes, cold weather can make that membrane brittle.  We have seen how this practice can lead to hundreds of unintentional roof perforations ( which invariably leak since they are unintentional and therefore not waterproofed ).

We have found that one correct solution is to mount the array to the structure of the building (which often can support the load ), not the roof ( which usually cannot ).  “AHA !” say the ballasting proponents – now you’re going to put holes in the roof! True.  Please consider that most roofs already have many deliberate perforations for vents, wiring, ducting, and so on.  Does anybody seriously think that the roofing industry has been doing these perforations for the last century or so without learning how to make a deliberate perforation waterproof ?  We hold that a few perforations carefully made during installation, and properly waterproofed, is far superior to many accidental perforations made by ballasted systems in cold weather.  Please see NOTE 4 below for a deeper discussion.

Conclusion: Beware of PV systems that simply sit on a roof surface which is usually not designed to support the load.  Beware of installers who propose a PV array at too low an angle (thus significantly sacrificing yield ) because of the myth that ‘any perforations are bad’.  Beware of racking manufacturers who express an unwillingness to produce and certify a system for wind loading at high angles of incidence for higher latitudes.

Instead, look for a solar proponent who does the following :

More in-depth and technical discussions of some of the points above can be found in the following white papers which can be downloaded from :  http://www.hybridynepowerelectronics.com/Page_21.08.htm

Note 3 : EMKWHPR0003 -Mitigation of Revenue Loss on Solar Arrays from Cloud Cover and other Atmospheric Obstructions

Note 4 : An in-depth discussion of rooftop mounting methodologies can be found at

Richard Leverton has a degree in Applied Mathematics and Theroretical Physics from McMaster University. After graduation, he joined IBM and spent 19 years primarily on the technical side of the house, rising from programmer to software systems architect, along with several years as an instructor. After IBM, Leverton served as marketing director for Proteo Systems, a software company.

Nearing retirement, Leverton then went back to school, pursuing what he proudly describes as his “postgraduate degree”—a Certificate in Industrial Woodworking. In short, he became a cabinetmaker and operated a furniture-making shop until his retirement.

However, Leverton came out of retirement to join Hybridyne after hearing from Thomas Cleland, Hybridyne's founder and a long-time friend, about the 50-year plan of the company. Leverton is now enjoying his first chance to significantly improve the world.

Posted by Tammie Evans on 08/19/09, 07:06 AM
Russel- You inspire me! You are the reason behind my goal of growing citrus in Ohio. I hope to follow in your footsteps to a succesful adventure in Solar pit heating. Thank you for showing the nay sayers anything is possible plus giving me the courage to go forward with what I hope to accomplish.