The fuel cell industry offers tremendous opportunity for manufacturing, engineering, and business development jobs, and once the supply chain, integrators, and service providers are factored in, could help the U.S. rebound and thrive in a competitive marketplace.

Fuel cells are moving fast – out of the laboratory and manufacturing facilities and into service providing clean, reliable power around the world.  The U.S. has long been a leader in fuel cell technology – home to many of the leading fuel cell manufacturers and component suppliers, the largest installations and deployments in several market sectors, record numbers of patents, and cutting-edge university research.  In fact, in just a little more than a year, more than 74 MW of stationary fuel cells and 1,700 fuel cell-powered forklifts were installed or purchased, helping the U.S. to expand its fuel cell footprint around the country and reinforce its position as the world fuel cell leader.   A new report from Fuel Cells 2000, State of the States: Fuel Cells in America 2012, highlights all of the advancements in the U.S. and finds several continuing themes -  larger orders, bigger systems, and major customers, many of them returning to buy more after the initial purchase.

The fuel cell industry offers tremendous opportunity for manufacturing, engineering, and business development jobs, and once the supply chain, integrators, and service providers are factored in, could help the U.S. rebound and thrive in a competitive marketplace.   And with many of the major fuel cell manufacturers located in the U.S., companies are exporting fuel cell systems and parts to all corners of the globe.   This includes multi-megawatt (MW) agreements with South Korea (and by multi-megawatt, we mean in the hundreds for Connecticut-based manufacturer FuelCell Energy) and Europe.   International companies, including ones from Korea, Italy and the UK are setting up shop in the U.S. and U.S. companies are expanding manufacturing capability, all helping boost the industry and the U.S. leadership in fuel cell technology.

Several trends are reinforced in the report, including bigger systems being purchased by customers.   This includes two of the largest non-utility installations coming down the pike, with Apple buying 4.8 MW for its data center in Maiden, North Carolina, to use alongside 20 MW of solar PV to provide not only clean and reliable energy, but also independence from the electric grid.

Not to be outdone, online auction giant eBay (already using fuel cells in California) announced soon after that it will install 6 MW fuel cells for its new data center in South Jordan, Utah.  Both companies will use Bloom Energy fuel cells, and when completed in mid-2013, both will be completely off the electric grid, with eBay’s facility maintaining a connection only for backup power purposes.    eBay’s fuel cell system will use “directed biogas”, which means the company will pay a premium for biogas generated at another location to be fed into a natural gas pipeline, offsetting the natural gas used by eBay in their fuel cell system.  This is a fuel pathway many of Bloom’s customers are choosing to take, highlighted in the report. 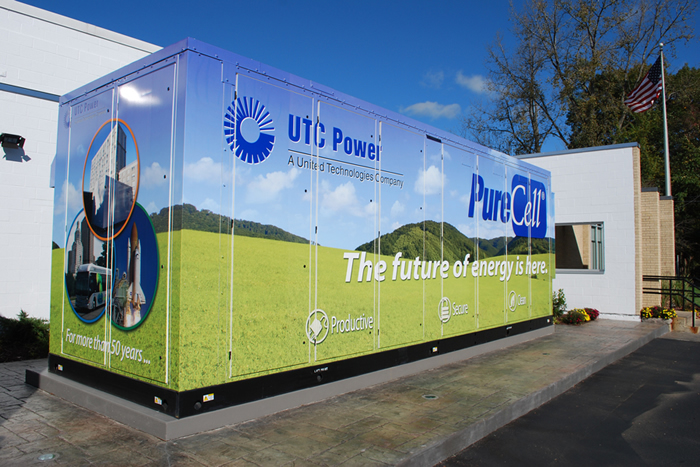 On the utility side, Delmarva Power – Delaware’s largest power provider –will soon be installing 30 MW of Bloom Energy fuel cells, which could grow to as much as 50 MW soon after.  When completed, it will be the largest ever fuel cell installation in North America.   Delaware, which is highlighted in the report for successful fuel cell policies, enticed the California-based Bloom Energy to open its East Coast manufacturing facility in Newark, on the University of Delaware’s Science, Technology and Advanced Research (STAR) campus.  The soon-to-be built 200,000 square-foot manufacturing facility will create up to 1,500 new jobs and energize the state’s manufacturing again, as the facility will be built where a Chrysler automotive plant closed several years ago. 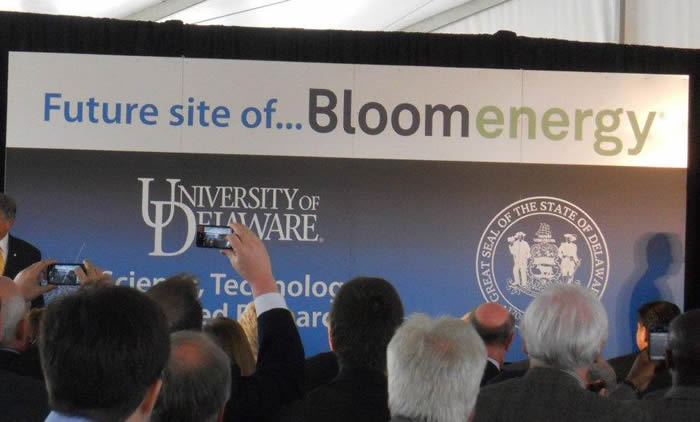 The U.S. is the undisputed leader in fuel cell forklift deployments and manufacturing/integration, with more than 4,000 either deployed or on order in more than 19 states around the country.   This market found many new customers in the last year, including Procter and Gamble, Kroger, and Mercedes-Benz, as well as repeat customers – some even replacing the entire fleet at a facility with fuel cells.  BMW has recently purchased additional fuel cell systems to convert its South Carolina plant completely to fuel cell forklifts (more than 230) and Sysco, the food distributor, has more than 750 fuel cell forklifts operating at seven facilities, with more on order.   Latham, New York fuel cell manufacturer Plug Power controls 85% of the materials handling market and entered agreements to provide its fuel cell systems to integrators overseas to expand into Europe.   Crown Equipment Corporation, based in New Breman, Ohio, controls more than 50% of the fuel cell lift truck manufacturing and integration market in the U.S., with 1,500 fuel cell lift trucks to be assembled in Ohio by the end of the year.

State of the States

There is so much more happening around the country.  This new report features the “2012 Fuel Cell Power Rankings” - nine separate Top 5 lists showcasing all of the top activity in the different states and market sectors, instead of choosing overall winners as in previous reports.  This allows new states to be recognized and shows the hard numbers to support the selection, putting reference numbers right at readers’ fingertips.   The Top 5 lists include Fuel Cell Vehicles, Fuel Cell Buses, Hydrogen Fueling Stations,  Fuel Cell Forklifts, Telecom Backup Systems, Stationary Installations (Current), Stationary Installations (Planned), Fuel Cell Patents and Successful Fuel Cell Policies.  The report also includes individual state profiles cataloging all of the past year’s progress to show just how much is happening with regards to policies, business attraction, installations, funding and research and development.  There is also supplemental information about fuel cells and the state of the industry with sections including Federal Overview, Business Attraction, and Export Opportunities, as well as an Appendix containing links to additional resources, a chart of Fuel Cell Forklifts, a complete list of Fuel Cell Customers, a map on Telecommunications installations and a wrap up of State Hydrogen and Fuel Cell Policy.

To download the free report or to learn more about fuel cells in general, please visit www.fuelcells.org. 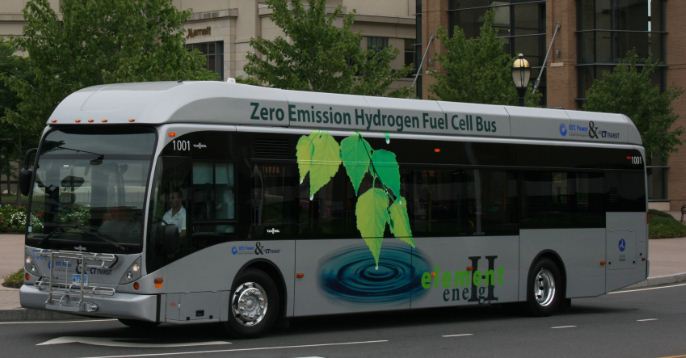