A 14 x 14" MYT engine has 850 cubic inches of displacement and weighs 150 pounds, compared to a conventional engine, which would weigh 3,000 pounds to produce the same power. The engine needs no oil, as the biofuel is the lubricant due to the high lubricity of biofuel. With every tank of fuel, the engine is circulated with more than 20 gallons of fresh engine oil compared to 5 quarts of engine oil circulating over 3,000 miles in conventional engines. You can now skip changing oil forever and have an engine with longer life.

It's Massive Yet Tiny

Invented by Raphial Morgado, the MYT™ engine (Massive Yet Tiny) is an internal combustion engine that uses biofuels. The new design features multiple firings in one cycle, producing enormous torque in a small area. This compact and highly efficient engine promises high power output with a power to weight ratio of 20:1. 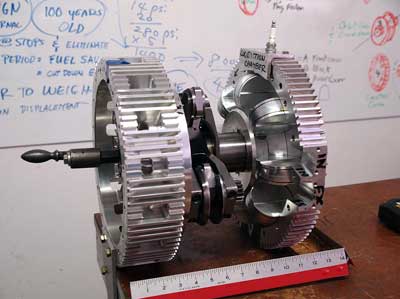 The MYT engine relies on circular motion similar to a rotary engine, in which intake, compression, ignition, and exhaust all take place at different stages of the rotation. The comparison ends there.

The MYT engine fires 16 times in one rotation, making it equivalent to a 32 cylinder, four stroke engine.  Basically, there are two disks connected to four pistons in a donut-shaped cylinder. The disks rotate alternately, driving the pistons. The pistons move in stepwise fashion, with the pistons on one rotor travelling a predetermined distance while the pistons on the other rotor remain substantially stationary.

As one chamber moves away from the other, fuel is drawn into the chamber. It is then compressed, as the second piston moves toward the first. The first piston is driven away from the second through the combustion of the fuel, and the spent gases are expelled from the chamber due to the second piston moving toward the first. An output shaft is connected to the rotors so that the shaft rotates continuously while the rotors and pistons move.

The pistons’ position allows a wide open port to breathe air, eliminating valves. The MYT engine’s open ports have no restriction, as the airflow action is one way. Each piston fires twice during one rotation, totaling sixteen firings for each main shaft rotation. 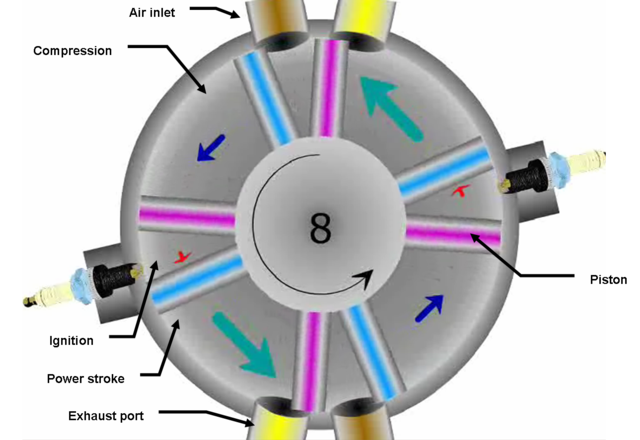 The MYT engine is a modular design, allowing additional units to be connected by removing the rear cover of the engine and uniting another chamber assembly, which adds only 2 inches to the length. The new configuration then becomes a 64-cylinder engine, raising the power to weight ratio to 40:1.

The entire engine acts as a heat sink and a radiator. It is both air and oil cooled. Intake compression, power stroke and exhaust stroke events are happening all at the same time, so there are no load strokes.

The MYT engine has 20% of the parts normally found in a reciprocating internal combustion engine. There are only fifteen major parts. Friction loss is reduced, as only the piston rings touch the cylinder wall. There is no oscillation motion, only stop and go, since the pistons travel in the same direction. A compression ratio as high as 70:1 can be attained due to the absence of the restrictive reciprocating components.

The combustion chambers have no design limitations because of the lack of valves. It only has open ports with no restriction, and the air flow goes one way. The parts within the cylinder are common proven parts, already in use in reciprocating engines.  The MYT engine is equivalent to the bottom end of a reciprocating engine with no cylinder heads, cam shaft, or valves. 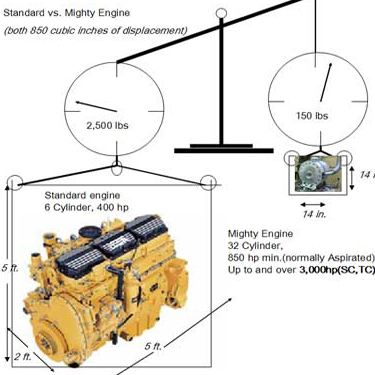 A 14 x 14” MYT engine has 850 cubic inches of displacement and weighs 150 pounds, compared to a conventional engine, which would weigh 3,000 pounds to produce the same power. The engine needs no oil, as the biofuel is the lubricant due to the high lubricity of biofuel. With every tank of fuel, the engine is circulated with more than 20 gallons of fresh engine oil compared to 5 quarts of engine oil circulating over 3,000 miles in conventional engines. You can now skip changing oil forever and have an engine with longer life.

Besides biofuels, the MYT engine should be able to run on alcohol, hydrogen, diesel fuel and compressed air. Because of the design, there is a long dwell time at the top dead center, meaning there is a much higher chance that all of the fuel is ignited, resulting in 100% theoretical efficiency. With a gasoline engine, the theoretical efficiency is about 30%; and for Diesel, it's about 50%.

Complete fuel burning is expected to reduce carbon monoxide, hydrocarbon and NOx (mono-nitrogen oxides) along with other gases for an environmentally clean engine. The fuel will be incinerated, thoroughly consumed and turned into better pressures during the lengthened dwell, eliminating any unburned fuel to exhaust at any speed.

Material stress is a concern expressed by some people because of the compact size of the engine, but engine is designed to push the limit of available material strength, using vacuum melt aircraft high alloy steel with a tensile strength of over 300,000 psi when heat treated.

Russia is going into production with their E-mobile car (Ё-мобиль), using the MYT technology. The Russians claim that this design is theirs, although Morgado says it’s his. They call it a rotary vane engine; and the engine is slated to be integrated into Russia's first hybrid car. 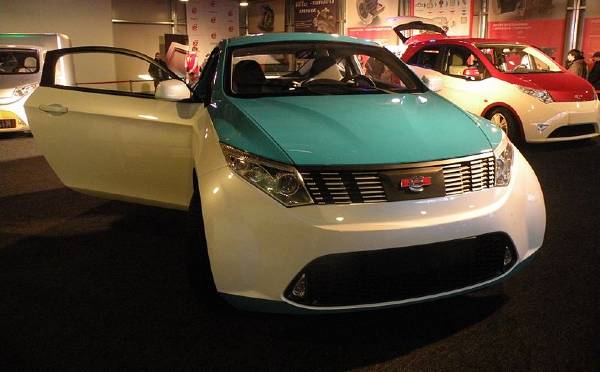 The American oil companies have a tendency not to get behind any new engine technology that produces great mpg; and the existing car manufacturers hold dearly to the reciprocating combustion engine, which they have been manufacturing for a hundred years. This thinking might just give the Russians a lead on MYT engine technology for cars. 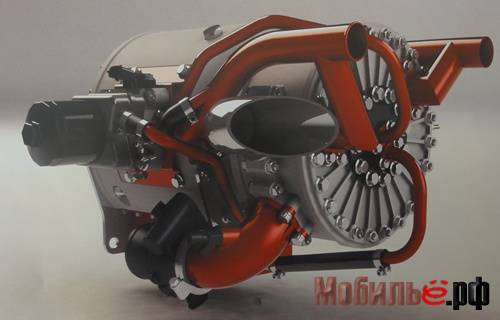 Meant as an electric hybrid, the E-mobile will weigh 1,500 lbs with a fuel consumption of 65 mpg. The hybrid engine will be capable of propelling the E-mobile to 60 mph in between 8 and 14 seconds and give it a top speed of 74 mph.

The MYT engine should work well in aviation, ships, 18-wheelers, SUVs, passenger cars, as well as power generators. It exceeds the performance of existing pump/compressors by providing substantial pressure, volume, and flow, which is perfect for harnessing geothermal energy, wind power storage and retrieval.

Angel Labs’ (owned by Morgado) goal is to license the technology non-exclusively to everyone, and is currently in discussions with Lockheed Martin, Boeing, Ford and several smaller potential licensees.