The American Wind Energy Association has unveiled a set of recommended practices for offshore wind facilities in the U.S. AWEA's Recommended Practices for Design, Deployment and Operation of Offshore Wind Turbines in the United States was developed with the help of the Department of Energy and the National Renewable Energy Laboratory. 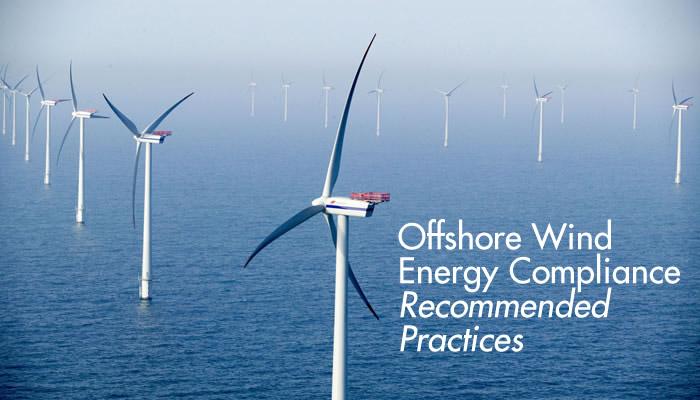 There are many standards for wind energy.  Why is this document unique to the wind industry? 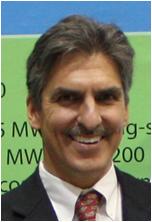 The committee that drafted this document looked at all the relevant standards for offshore wind.  This document provides a roadmap that describes how to use the existing standards to provide guidance for the design, manufacturing, testing, construction, operation inspection, and decommissioning of offshore wind turbines in the United States.  There are unique conditions in the United States such as hurricanes that are addressed in the AWEA OCRP document that are not addressed ion any other standards.  The AWEA guideline uses 26 normative reference standards and points to dozens of other standards and guidelines for use in the overall project.

Who participated in the development?

The committee consisted of over 50 experts offshore wind who represent a broad cross section of the industry.   Participants came from National Laboratories, the Offshore Wind Development Coalition, regulators including BOEM, the US Department of Energy, wind consultants, oil and gas engineers,  structural engineering firms, class societies, and universities.   The result of having such a diverse group of individual contributors was that the document can be considered a consensus of accepted industry practices as they stand today.

How will it improve the regulatory process for developing offshore wind turbines?

The BOEM rule for the deployment of offshore wind facilities, 30 CFR 585 that was released in 2009, does not specify what standards should be used.  However, the rule stipulates that offshore wind facilities should follow accepted industry practices.   Therefore, offshore wind developers who follow these AWEA guidelines should find fewer regulatory obstacles in the deployment and operation phase since these guidelines reflect, to a large degree, the accepted practices of the US industry which was well represented on the AWEA committee.  Following this guideline will lower the uncertainty for a specific project and therefore will reduce overall project risk.

How can the recommended practices help lower the cost of offshore wind energy?

Lower project risk will translate into higher confidence among financial institutions and government funding agencies which should result in lower financing costs.  In turn this will reduce the levelized cost of energy.

BOEM 30 CFR 585, the rules for offshore wind deployment released in 2009, say that offshore wind facility development must follow accepted industry practices.   How can this document meet that need?

As was mentioned above, this AWEA guideline reflects currently accepted industry practices.  Further development and refinement will still be required, and each individual project will have some unique aspects that will have to be addressed through third party experts, but the fundamental approach has been laid out in AWEA OCRP 2012.

Is this meant to be a model for an international standard or is it specific to the USA?

There is no reason why these guidelines could not be applied to any project inside or outside of the United States but we did not intend to extend these to the international community as a formal initiative.  As we see this as a global industry, we hope that these guidelines can help further advancements in Europe and Asia, and that their ongoing  experience can be applied to the next version of these guidelines.

Is there an enforcement mechanism in place to ensure that the standards are followed or are they meant a guidelines only?

Currently there is no enforcement mechanism. BOEM makes the decision on whether to adopt a particular set of standards or guidelines in Federal waters and each State calls the shots nearer to shore.   The AWEA OCRP 2012 can provide guidance for regulators and may be adopted if they want to define a more prescriptive process.  The standards committees or AWEA do not have any authority to direct BOEM in this regard, but the active involvement of several members of BOEM and BSEE in the development of AWEA OCRP 2012 may make regulatory acceptance more likely.  The document should help serve to facilitate offshore wind projects.

What other standards are you working on that will affect the Wind Energy Industry?

Walt Musial is a principal engineer and the manager of Offshore Wind and Ocean Power Systems at National Renewable Energy Laboratory (NREL) where he has worked for 24 years. In 2003 he initiated the offshore wind energy research program at NREL and now leads that program for NREL which has recently seen a big resurgence.  Walt was responsible for the development and implementation of the full scale wind turbine structural testing facilities at the National Wind Technology Center including blade testing and drivetrain testing.  Walt co-founded the AGMA/AWEA wind turbine gearbox design standards committee and served on the IEC TC-88 blade testing standards committee.  He was also the founder of the IEC TC-114 US Technical Advisory Group for ocean energy standards in 2007. In the 1980’s, Walt worked in the commercial wind energy industry in California.  He studied Mechanical Engineering at the University of Massachusetts at Amherst, where he earned his Bachelor’s and Master’s Degrees and specialized in renewable energy and energy conversion with a focus on wind energy.   He has over 50 publications and one patent.