Maxwell Technologies began in 1965 as an engineering and research company called Maxwell Laboratories, which provided advanced physics, pulsed power and space effects analysis for government agencies. This began Maxwell’s development of ultracapacitor products. Since then, many applications have emerged that take advantage of ultracapacitors’ unique properties of long life and high-cycle capability. 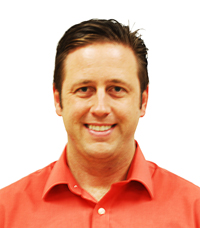 Please explain what an ultracapacitor is, in layman’s terms.

An ultracapacitor works on the same principle as the parallel plate capacitors that you may have learned about in high school physics. As with a parallel plate capacitor, energy is stored in two oppositely charged surfaces separated by a small distance. Ultracapacitors push this idea to the limit by using an activated carbon matrix to achieve a charged surface area equal to about 42 football fields within the size of a Coke can. The energy that this charged surface can store is then increased even further by reducing the separation distance to the atomic scale by using a conductive electrolyte as the second charged surface. The end result of this effort is a 3,000 farad (F) capacitor that can be held in your hand. Unfortunately, ultracapacitors are limited in the voltage that they can store to only a few volts because more than this will cause the electrolyte to break down and no longer hold a charge. This limits the energy that an ultracapacitor can store to much less than your average battery. However, compared to batteries, ultracapacitors’ power and lifetime are orders of magnitudes larger.

Are they dangerous or expensive?

How are ultracapacitors used in the renewable energy industry?

How is Soitec using Maxwell’s ultracapacitors?

The project that Soitec and Maxwell are working on together is a demonstration using ultracapacitors to smooth the output power of a solar array on partially cloudy days. Solar power output can fluctuate rapidly on days with intermittent clouds. If the arrays are large enough, this can cause detrimental power fluctuations in the area around the solar plant. The idea is to use ultracapacitors to smooth out these local power fluctuations so that more solar generation can be installed in a single area.

What are the advantages of using ultracapacitors in this type of application?

Are there limits to the capacity of ultracapacitors?

Ultracapacitors can be combined into arrays to store as much power and energy as an application demands. However, the basic chemistry of ultracapacitors limits them to about six watt-hours per kilogram (Wh/kg) of energy storage, or about 40 times less than lithium-ion batteries. Because of this, if an application requires a large amount of energy and only a small amount of power, then it is usually more efficient to use a battery than an ultracapacitor.

What other applications can ultracapacitors be used in?

Are there new ultracapacitor technologies in the offing or are we already at or near the peak of the development curve?

While the applications for ultracapacitors are still growing rapidly, the basic technology has been stable for quite a few years now. Maxwell, however, is not standing still, and we continue to research new ultracapacitor constructions and chemistry with a focus on improving energy density. My guess is that in the coming years, ultracapacitors will see one or two more doublings in power and energy density before the technology starts to level off.

R. Shaw Lynds has more than seven years of experience in the design and modeling of engineering systems. In his role as senior research and development systems engineer at Maxwell Technologies, Inc., Shaw leads the design and development of numerous next-generation ultracapacitor energy storage modules and systems. He holds a Bachelor of Science in mechanical engineering from the University of California at Santa Barbara and a Master of Science in mechatronics from California Polytechnic State University in San Luis Obispo.