While promoting the implementation of green areas, we nevertheless have to pay focused attention to not only going green for its own sake, but also to promote a future trend where ecology meets sustainability.

Harmonising our Energy and Societal Needs

One would tend to think that a large scale, renewable project would provide the solution to our energy needs since it is a constant source of energy production. However, in a local context, such a proposal would only be beneficial and make economic sense in the local short term. Centralization of our energy production in would imply tying all our investment in a singular energy resource. We would have to reconcile ourselves to locking our energy options for the next 20 years or so, until we can recover our investment. 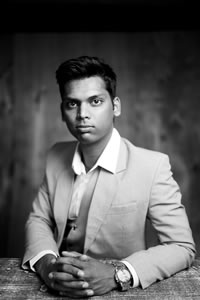 A study into the recent trends of renewable energy and societal responses to the shift to green urbanism demonstrates that, while it may not be overtly noticeable, we are making incredible leeway into the green movement. Demand for renewable energy is on the rise and as such, pertaining costs is on the decline. For example, in the solar industry, Moore’s law suggests that the size of transistors, as well as their cost, halves every 18 months or so. This has consequently brought the price of solar energy from 77$ to 0.7$ per watt over the last 40 years.

The same phenomenon seem to replicate through other fields of renewable resources in the last decade. As the average lifespan of a power plant approximates 20-25 years, it means that we would eventually encounter an inevitable economic loss which could be quite subsistent if we invest into a large scale plant as it is sure to undergo constant price reduction in the future.

From an urbanism point of view, coherence is defined by a hierarchy and connectivity on different scales, as urban theorist, Nikos Salingaros, clearly delineates in his writings. This means that for a city to possess a sense of coherence; “it must also have the ability to be plastic and accommodate the curvatures, extension and compression of its paths without disconnect. In order for this to be achieved, the urban fabric must be intricately linked on a minute scale and loosely connected on a large scale. Connectivity on all scales hence leads to urban coherence.” Thus, it would make more sense if our local energy grid is made up of small scale power plants since we would be in a position to take a logical stance and analyse the market trend as it unfolds and subsequently invest into newer and cheaper energy as our energy needs increase. It is therefore of penultimate importance to emphasize the need for mixed energy use and allow long term stability to depend upon emergent connections. Taking into account the speed at which current technologies go obsolete, this progressive elaboration system would be a safer way of investment rather than binding ourselves to a single technology for the next 20 years. 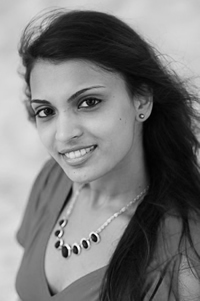 Of equal importance as offsetting our energy consumption from the national grid is the emphasis on cutting down on electrical consumerism. Several cities seemed to have tackled this issue through the development of the carbon neutral program as well as catering and making allowances for the UHI (urban heat island) through the incorporation of green roofs and walls.  UHI is responsible for an exponential increase in energy consumption through the need for increased air conditioning usage. Hence, by providing effective and efficient solutions to the UHI, we will not only be able to reduce our energy demand from the grid but also directly positively impact on the comfort of our inhabitants.

The feasibility of such a project is challenging to say the least since the aesthetic aspect has to be taken into account without however overwhelming practicality of purpose. Green roofs and walls have been gaining popularity and public applause over the last few years as the green movement makes ground. They are nevertheless criticised since their maintenance and upkeep can be more financially demanding. The Scientific American published an article of interest in the matter earlier on during the year. This delineated why the concept of green roofs did not make much headway in Manhattan. It concluded that a lack of research into the types of flora that could be accommodated in green roofs was the source of the problem. We could use this as a learning point and thus encourage research in that area. This would enable not only a successful initial implementation of green roofs but also their maintenance since we would have further insight into means of preventing their drying up. This would overall help to gain public acceptance and support of such projects.

Alongside pursuing research into green roof implementation, another subject of focus should be the intensification of ground level green spaces. We should not only encourage the expansion of parks but also increase the topological complexity of green spaces through interconnection. This does not necessarily require an exponential increase in their combined area but merely advocates for means of communication such as connecting footpaths. This will not only contribute to the reduction of UHI and hence provide cooler areas, but also encourage lower car usage since the added topographical intricacy would promote more pedestrian activity. Another beneficial by-product of this added intricacy is the reduced segregation of spaces and hence morphs our city into a macrocosm totally accessible at a pedestrian level and oriented towards its people. These aspirations however require a certain elasticity in zoning codes.

While promoting the implementation of green areas, we nevertheless have to pay focused attention to not only going green for its own sake, but also to promote a future trend where ecology meets sustainability. We have to push for inhomogeneity in landscape rather than a blind move towards expanding plain lawns. Indeed, a diversity of plant types not only create more aesthetic appeal but also create a cooler environment through evapotranspiration. Plain lawns, on the other hand, are not only visually uninspiring but also promote a homogeneous trend derived from the minimalist movement, which does not fulfil functionality.

Hence, urbanism, as we can see, is not only the mechanical planning and implementation of anonymous projects that take shape in the emergence of cities. It is, on the contrary, a complex task that involves careful and minute attention to details, on an inter-industrial level, as well as factoring in societal and ecological needs to evolve into a living city where functionality culminates in societal satisfaction . We are architects of our skyline and our people. We are responsible not only to create today’s landscape but also paint the fabric of our tomorrow.

I am grateful to Prof. Nikos Salingaros who provided notes for this paper and whose book “Principles of Urban Structure” served as a foundation for the ideas discussed above. I am also indebted to Assoc. Prof. Khalil Elahee who reviewed this paper.

Zaheer Allam is an independent scholar with a background in Green Architecture & Project Management. Born and raised in Mauritius, he recently relocated in Australia to further his academic and professional credentials. His field of interest lies in ecological & utilitarian urbanism.

Zarrin Allam is a medical practitioner living in Perth, Australia. Her passion expands to literary works and exploring avenues for environmental & cultural conservation and regeneration of the built environment.