High voltage battery simulator and test systems are essential for conducting testing of the high voltage DC power systems that are such a critical element of electric (EV) and hybrid/electric (HEV) vehicles. To accurately test a high voltage hybrid or electric drivetrain, you need to be able to provide precise, repeatable high-voltage DC power. Standard off-the-shelf power supplies will not work, because they cannot absorb power from the EV/HEV’s regenerative system and may even be damaged or destroyed if used with one. 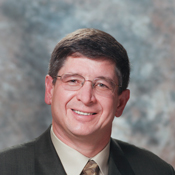 To fill the need, new technology is being developed specifically to test high-voltage HEV batteries and simulate these batteries in an electric drivetrain environment. At the heart of the system is a fully line-regenerative DC power source, which can provide reliable, repeatable power which in turn allows for repeatable data because the system’s performance is not affected by battery charge state. In addition, this innovative method provides much greater power efficiency and measurably reduces overall operating costs. Such a system can also test batteries by precisely simulating road conditions, so engineers can see how the battery will really respond if put in a vehicle under real-world load conditions.

The battery is the heart of an EV or HEV, acting as an energy storage device that allows the vehicle to store electrical energy and then use it to drive when needed. In an EV, the battery is analogous to the gas tank – fill it up and it runs until it is empty. With an HEV, the electrical system is used to assist an internal combustion engine.

In a normal condition, an electric motor can be used to drive the vehicle. However, it can also be used to resist vehicle motion during braking. At this point it becomes a generator, generating electricity and pumping it back into the battery to be stored and used to drive the vehicle later. This energy recapture is called dynamic braking. Whether in an EV or HEV application, the battery needs to store the regenerated power so that it can be used later to power the vehicle on demand.

Testing overall electric or hybrid vehicle performance as part of new product engineering requires a system that can be used to test the high-voltage battery system, as well as simulate these high-voltage batteries while conducting EV or HEV driveline and inverter system testing.

Using a battery as the power source for an EV or HEV testing system will not give you the repeatable data that is required. This is because the battery’s charge and discharge state will affect the results. Batteries absorb and generate power at differing rates depending on how fully the battery is charged (its charge state). To use a battery for testing, you must therefore ensure it is always at the identical charge state at the beginning of each test, and charged exactly to the same level every time  –  or you are likely to get somewhat different results.

What’s required instead is an electronic power supply, running off of the power grid, which can actually provide the very stable DC high voltage capability that the battery would give, and also be able to absorb power like the battery would.

Unfortunately, providing precise, repeatable high-voltage DC power for accurately testing a high-voltage hybrid or electric drivetrain is no easy task. Most standard power supplies are single quadrant units, which means they supply current in one direction – they generate power to drive whatever device they are attached to. What they don’t do is absorb power. Driving power back into this type of AC power supply will likely overload the power supply, and permanently and severely damage it.

In the recent past, battery manufacturers have not needed sophisticated systems to test batteries, but the advent of EV and HEV has led to a greater need for new and advanced battery testing technology. For example, Michigan State University is developing a battery testing laboratory as part of its advanced energy storage technology research.

In response to this critical need, technology is being developed that can be used for high voltage battery testing. The testing system subjects the battery to the same charge/discharge profile as it would encounter in an actual vehicle on an actual road course.

With these systems, during regenerative modes, absorbed power is regenerated back to the AC mains instead of being dissipated as waste heat, which is common practice among previous generation testing systems. This highly efficient method provides much greater power efficiency and measurably reduces overall operating costs.

For example, SAKOR has developed a new HEV battery test and simulation system that precisely controls DC voltages up to 1000 volts or more. The system switches seamlessly and precisely from powering to regenerating modes. 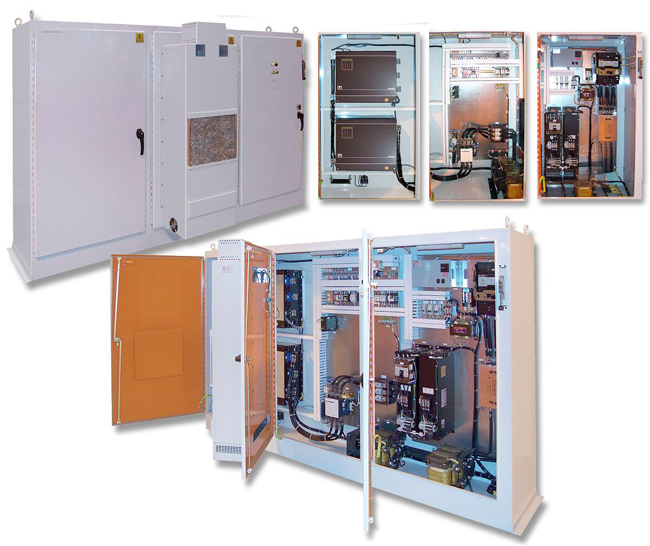 In addition to providing precise testing, the technology is extremely (approximately 95 percent) energy efficient. Absorbed power is placed back on the AC mains to be re-used or re-sold to the power company. The system can actually cause the electric meter to run backwards, reducing the electricity bill and wasting little or no heat energy. This results in significant savings in total testing costs.

A typical HV Battery test system would include:

In addition, high voltage battery systems may be equipped with a separate smart battery charging device; if so, the DynoLAB EM system can also communicate with and control this device.

Technology used in a variety of testing scenarios

There are three different types of battery testing conducted as part of new product engineering: research and development, performance, and durability. The same basic equipment is needed to conduct all three types of testing, though there are a few significant differences.

R&D testing by its very nature comes with a plethora of unknowns. In addition, R&D systems are usually more expensive because they tend to have more data acquisition/data logging capabilities. With R&D systems, engineers may be designing high-voltage batteries within a particular range, not knowing exactly what the maximum voltage, current, and/or dynamic performance will be. In this case, care must be taken not to underestimate the size of the testing equipment, which should be built with high enough voltage, current, and power capacity to test the biggest battery that can reasonably be expected to build within the next few years.

For example, SAKOR was recently asked to develop a 120 kW system, which was sized up to 150 kW so it would have a sufficient margin for safety and growth. The customer had begun its R&D efforts testing 80 and 120 kW batteries, but before the testing system design had been completed they had gone to larger devices (155kW), and by the time the system was built and installed they were testing a 220 kW device. Unfortunately, running too close or over the system design can severely limit the system’s lifespan.

Performance testing systems are similar to those used for R&D, but may be somewhat less complicated because engineers typically have a much better idea of the highest voltage, current, and power requirements, and know much more about what kind of speed response will be needed. They also tend to require somewhat less instrumentation.

With durability testing, engineers are simulating what the device will actually see in the real world (or typically much worse). The system doesn’t have to be as fast, or include extra voltage/current/dynamic range, because at that point the performance is pretty well known. Durability testing systems have to be extremely stable and robust, since engineers will be running durability tests 24/7, for days, weeks, or months without interruption. The system can be set up to run unattended, and even send a text or call a beeper if there are any problems.

The battery’s dynamic response to real world conditions is often very different than its response under simple laboratory cycling. In the past, batteries were subject to step testing, in which they were charged, discharged, and then cycled at two or three different loads. Nowadays, this simple battery cycling just doesn’t tell the complete story – you also need to know the battery’s mileage or range,  and you need to know how it will operate in the vehicle in a particular environment. Modern testing systems now have to be able to test batteries by simulating actual road load conditions.

The vehicle environment is continuously changing, and therefore the battery needs to be tested for a variety of vehicle running conditions, for example driving up a hill, down a hill, starting, and stopping etc. The trick here is to create a good cycle that accurately represents what the battery would experience in the vehicle during real world conditions.

This can be done in two different ways. The first is to use a mathematic simulation of charge and discharge dynamics, and performing drive cycles developed by EPA, the European Union, or customer-specific requests. The second method is to instrument the vehicle and drive it over an actual road course, while monitoring key required parameters, such as throttle position, vehicle speed, voltage, and current. The resulting profile is then loaded into the test system and played back, assuring that the battery sees exactly what it would have if it were in a vehicle. One additional benefit is that the test can be conducted on the battery without the need for any of the vehicle driveline components or a dynamometer system.

Taking it to the Next Level

The high voltage battery test system is a very powerful and efficient tool, but it really comes into its own when coupled with a high performance AC motoring dynamometer. The resulting test system is then capable of testing the entire vehicle drivetrain to a high degree of accuracy and in a very power efficient manner.

With a standard system that requires 100 kilowatts of power, about 110-120 kW would have to be pulled from the AC mains because of energy losses to heat. In addition, you would also need approximately 100 kW of electricity to cool the water used for the dynamometer. This would cost approximately two times as much as the operating power of the system. With this new system most of the absorbed power is recaptured and reused. Total cost to operate at the same 100 kW level may draw only 10-15 kW to run the entire system, including cooling. In addition, control is easier, as switching from driving to loading happens automatically and seamlessly. The result is a significant reduction in the total operating cost by using a much more energy efficient “Green Technology” to perform full system testing.