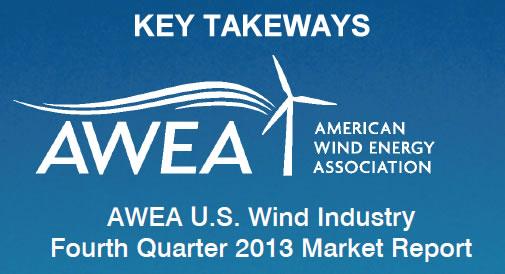 The American wind energy industry responded to the extension of the Production Tax Credit in 2013 by starting construction on an historic and unprecedented number of new wind farms, backed by Power Purchase Agreements with electric utilities on a record scale by the close of the year.

For more information on AWEA market analysis, please visit www.awea.org where you can access older versions of the Quarterly Market Reports and see the latest Annual Market Report.
This report can be accessed at www.awea.org/4Q2013 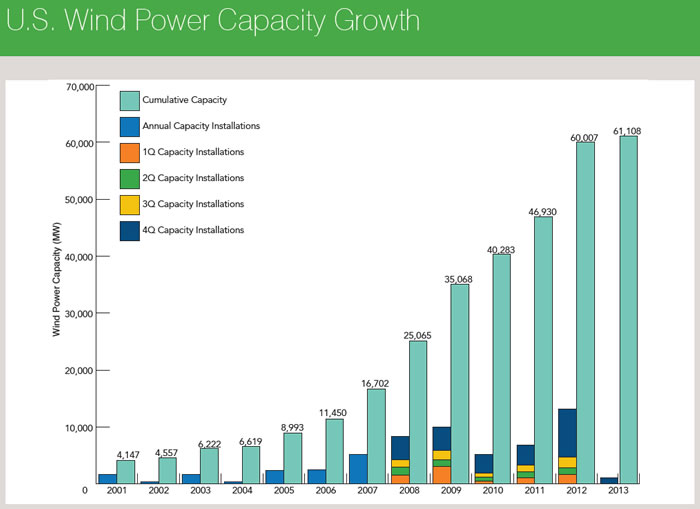 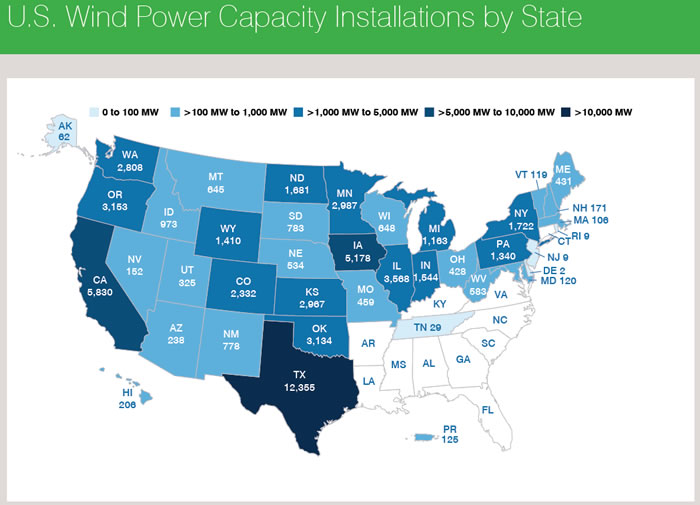 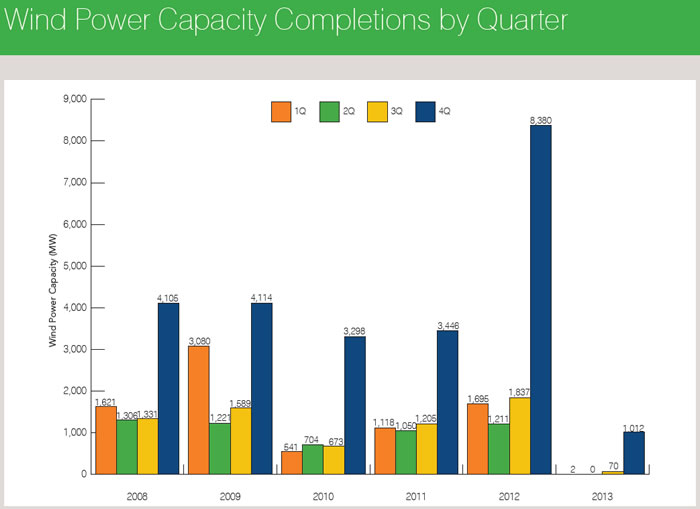 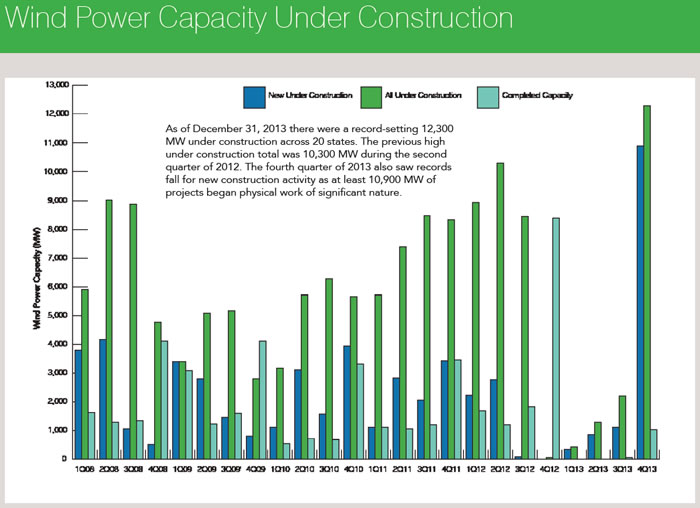 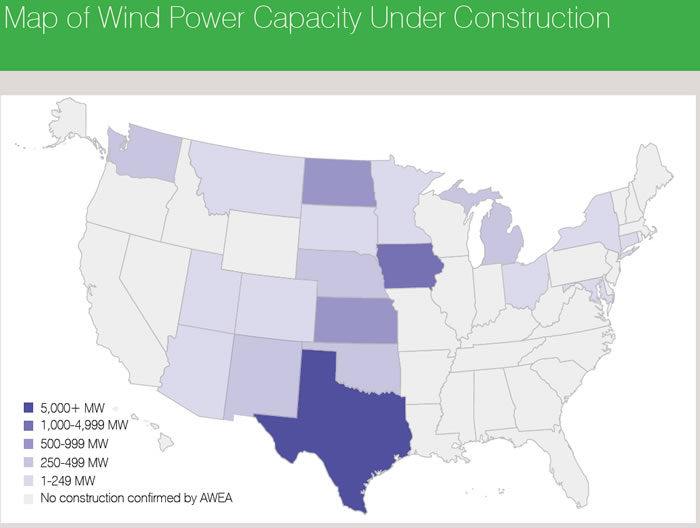