Pear Energy provides renewable energy to customers across the country without long-term contracts or interruption to utility service.

As we move into 2014, how would you characterize the state of renewable energy in the U.S.?

Today, renewable energy enjoys widespread support across the United States. A recent Gallup poll concluded three-in-four Americans support the expansion of solar power, and 71 percent favor increased wind development. However, the majority of Americans still aren’t sure what they can do personally to support clean energy, aside from investing in on-site generation projects. However, new, economic solutions are coming online to help Americans purchase clean energy. 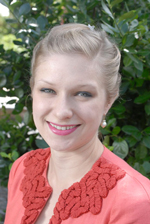 What does Pear Energy do?

Why would someone choose this model over on-site generation?

In many cases, businesses and individuals are unable to install on-site renewable energy generation for a number of reasons—these technologies may have high upfront costs or require significant structural changes, there may not be sufficient renewable resource in that area, or the home or business may not own their space, or be planning to move before the long-term investment of installing renewable technologies pays off. Pear Energy offers a simple, effortless solution to support renewable energy for a nominal monthly charge.

How big is this market? Where do you see the most adoption?

Pear currently serves customers in all 50 states and the District of Columbia, so it’s fair to say that our market is as large as every U.S. home and business. While we’ve certainly seen great traction in states you might expect—California, Massachusetts, New York, etc.—our current customers span from the Alaskan Panhandle to the Florida Keys. We also find that many of our most enthusiastic customers live in the Midwest, where there are few other opportunities to support renewable energy.

Is there a limit to the number of customers you can work with due to the availability of renewable sources?

As demand for renewable energy grows, so will its production. We are actively partnering with new solar and wind developers across the country to meet the needs of our growing customer base. Just last December, Pear Energy partnered with Gainesville Regional Utilities in Florida to purchase RECs from 14 MW of solar projects. We have a number of new partnerships in the pipeline, and several are scheduled to come online in the coming months.

How does Pear give back to the environment?

Pear Energy donates 50 percent of its profits to organizations working to reverse climate change and build the green economy. Some of our current “Pear Shares” partners include the BlueGreen Alliance, the Campaign for America’s Future and the Working Families Party.

How else can Americans cost-effectively support renewable energy?

Voting is a simple way to show you care. Mandates at the state and federal level guide our country’s energy production, and we can have a voice in shaping this legislation to build a clean energy future. Contacting representatives to let them know that you care about renewable energy is also important. Most renewable energy policy, such as Renewable Portfolio Standards and Net Metering Standards, is developed at the state level. This means that it is very easy to get involved on the local level and make an impact.

2013 was an exciting year for Pear—we welcomed customers from all 50 states and expanded our offering to include solar power in addition to wind. We expect 2014 to be no different. The Pear Energy customer base will continue to grow from coast to coast, supporting demand for renewable energy generation and improving our collective impact on the environment.

What are your forecasts for the growth of renewable energy in the US over the next 5 years and how will that affect your business model?

The future of renewable energy is bright. Federal and state leaders are pushing forward with ambitious clean energy goals. Solar power grew more in 2013 than ever before, and President Obama issued an executive order that all federal entities must source 20 percent of their energy from renewables. Pear Energy is positioned to help interested individuals and businesses support this growth and ensure their own energy consumption is backed by renewables.

About Jenna Allard, Director of Operations at Pear Energy
Prior to her work with Pear, Jenna was a research associate at the Sustainable Endowments Institute, surveying the sustainability practices of colleges and universities in the U.S. and Canada. She has also worked at Guramylay: Growing the Green Economy, researching the growth of the international solidarity economy movement, and was a founding member of the U.S. Solidarity Economy Network Coordinating Committee. Her written work has been featured in Real World Labor (2009), and The United States Social Forum: Perspectives of a Movement (2010).