Although the environmental risks and liabilities associated with brownfields generally diminishes their viability as locations for such facilities, these risks and liabilities can often be sufficiently controlled and minimized through governmental and private party tools to make certain projects worth pursuing.

“Greenfield” utility-scale renewable energy projects have generated both considerable praise and criticism.  Government agencies and the public generally applaud efforts to generate renewable energy, while at the same time, certain stakeholders may oppose construction of utility-scale projects that disturb “greenfields” sites which may contain potential habitat for animal and plant species, jurisdictional waters or wetlands and agricultural crops.

Brownfields typically consist of properties located in urban locations on which occurred earlier industrial or military operations involving the use or disposal of hazardous materials that resulted in environmental contamination of the property.  These sites may have contaminated soil or groundwater, or both, and may contain dilapidated surface structures that need to be demolished and properly disposed of.  Some brownfield sites have had little or no environmental assessment and investigation, let alone remediation, while others may be in the midst of remedial activity.  Other sites may be in a post-remediation phase, commonly referred to as “operations and maintenance.”  These latter sites often have residual contamination in the soil or groundwater and may be “capped” with an impermeable surface layer to prevent dermal contact or vapor intrusion exposure. 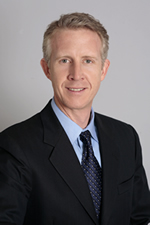 Nevertheless, brownfields often have one or more of the following attractive attributes for siting renewable energy facilities:

Because brownfields are by definition contaminated properties, however, they may present several environmental risks and liabilities to prospective developers.  Potential environmental and health risks include residual contamination during and after site redevelopment activities.  Potential environmental liabilities include cleanup of historic contamination, cleanup of exacerbated contamination as a result of redevelopment activities, and potential toxic tort claims from third parties, such as from site occupants and neighbors.  Because of these potential liabilities, renewable energy developers and operators should be aware of the tools available to contractually allocate risks between private parties and to obtain immunities and favorable cleanup requirements from federal and state regulatory agencies and the courts.

There are a number of private party liability-limiting mechanisms for managing environmental cleanup risks that developers and operators of renewable energy projects should consider in a transaction for the sale or lease of contaminated property.  Contractual tools such as indemnities, guarantees, hold harmless agreements, and cost-sharing agreements are commonly used to allocate cleanup liabilities between buyers and sellers and between tenants and landlords.  Environmental insurance provides another mechanism to hedge against environmental liabilities associated with contaminated property.  Because the actual value of an indemnity may be significantly impaired when triggered, the wise course in most situations is to negotiate for additional protections.

Under the federal Superfund statute, a wide variety of parties who now own or operate a designated Superfund site, or that previously owned or operated the site at the time environmental releases occurred, may be jointly and severally liable for the cost of cleaning the site up.  In addition, the Superfund law allows private parties to sue each other for contribution to pay their proportional share of the cost to clean up a contaminated site, whether or not the site is formally designated a “Superfund site” that is listed on the National Priorities List.  Most states have analogous statutes.  Fortunately for developers that may be interested in building a renewable energy project on one of these sites, the federal Superfund law provides an affirmative defense against liability under the statute to property owners and tenants that qualify as “bona fide prospective purchasers” (BFPPs).   The BFPP defense may be raised against a claim by the federal government for cleanup of a formally designated Superfund site, as well as against a private party claim under Superfund for contribution of cleanup costs.

There are eight criteria that a developer must meet, the most relevant of which are:

Recent federal judicial decisions have demonstrated that maintaining BFPP status can be difficult.  The courts in these cases have held that failure to continuously comply with any one of the BFPP criteria results in the loss of BFPP status, such as failure to exercise appropriate care during construction and operation of a redeveloped site to prevent a release of or exposure to historic contamination.  The loss of BFPP status results in the imposition of joint and several liability for cleaning up historic contamination on the property, regardless of whether the owner/tenant caused any of the contamination.  Thus, extreme care is needed to design, construct and operate renewable energy projects on brownfield sites so that BFPP status can be obtained and maintained.

There are a number of programs in California to encourage development of brownfields that potential developers and operators of renewable energy projects, whether they are real property owners or tenants, should consider.  A few are described here.  The California Land Reuse and Revitalization Act of 2004 provides a developer of an urban infill site with significant liability protections if it meets certain requirements, including conducting “all appropriate inquiry” regarding pre-existing contamination and entering into an investigation and/or remediation agreement with the Department of Toxic Substances Control (DTSC) or the appropriate local Regional Water Quality Control Board (RWQCB).  California has also developed a “prospective purchaser agreement” program in which DTSC or the RWQCB may covenant not to sue a prospective purchaser for pre-existing contamination so long as certain remedial actions and other conditions, including cost contribution, are met.  In addition, developers may participate in the state’s Voluntary Cleanup Program, in which the developer enters into an agreement with DTSC to pay for necessary site investigation and cleanup costs, as well as reimburse the agency for staff time to oversee the matter, which can expedite the agency’s review and approval of cleanup plans and site closure.

Under recently passed legislation, AB 440, local municipal authorities have significant ability to promote the remediation and redevelopment of contaminated properties within their jurisdiction.  A major incentive for developers to work with local agencies is that parties completing cleanups under AB 440 will receive immunity from liability under state and local cleanup laws with regard to releases addressed in the cleanup plan for the property.  This immunity can be passed on contractually to successors and lenders.

Brownfields often have positive attributes that make them attractive locations for siting smaller scale renewable energy facilities.  Although the environmental risks and liabilities associated with brownfields generally diminishes their viability as locations for such facilities, these risks and liabilities can often be sufficiently controlled and minimized through governmental and private party tools to make certain projects worth pursuing.

Jon Benjamin is a partner and Mathew Swain is a senior associate in Farella Braun + Martel’s Environmental Law Department in San Francisco. They can be reached at jbenjamin@fbm.com and mswain@fbm.com