Hopefully, we won't have to deal constantly with misinformation like Mulder and Scully had to when jousting with their malevolent arch-nemesis, the Cigarette Smoking Man. However, be prepared to do some digging to get at the facts.

“Mulder…not everybody is plotting to deceive, inveigle, and obfuscate.” So says Dana Scully (in the “Teliko” episode from Season 4 of The X-Files originally aired in 1996), the intrepid FBI agent and partner to the sometime over-zealous Fox Mulder (played by David Duchovny) on The X-Files. 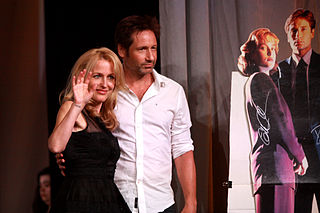 The story revolves around Agents Mulder and Scully  investigating “X-Files” which are essentially unsolved cases with paranormal features. Mulder believes in the paranormal while Scully, the skeptic, is tasked to use scientific methods to discredit Mulder’s work. The agents are gradually manipulated as part of a larger agenda and ultimately come to trust only each other.

The topic of fossil fuel energy reserves is one that is subject to fierce debate and discussion. Take for example the case for oil reserves and supply outlook. As one would expect for the energy space, oil and other energy reserves are hotly debated and frequently laced by some with mindless political rhetoric sans engineering, scientific, and economic reality. The result is the creation of a public perception that actual reserve numbers are subject to wildly different variations for “no apparent reason”.

This situation is almost worthy of being designated an “X-File” requiring the investigative acumen of Agents Mulder and Scully.  The public perception is realistic, but the reason for the chasm in reserves estimate is more subtle and should be embarrassing for the fossil fuel lobby. Examining this chasm reveals the underlying reasons for this difference and there may those who attempt to “deceive, inveigle, and obfuscate” or, at the very least, “spin” the reality for energy reserves.

The key is trying to assess the underlying reasons for the variation in estimates. For example, consider two sources for 2012 oil reserve estimates which both use the same data from the US Energy Information Agency (EIA):

It should be noted that the EIA 2012 oil reserves data are provided in four categories: 1) proved reserves, 2) technically recoverable, 3) oil shale, and 4) undiscovered resources. The data are based on a report from the Rand Corporation. A preliminary reaction would be something like, “If that’s the case, then why isn’t the U.S. the world leader in oil exports?” or as the Wintery Night articles implies, “Is Obama telling the truth about US oil reserves?” This confusion could have the public asking, “Why does the CIA say we have 22 billion in reserves while Wintery Night says 2,303 billion barrels?”

The answer is simple and comes down to two words. One word is “proved” and the other is “economical”. “Proved” oil reserves are those that are well-defined and can be extracted and processed using existing technologies with known economies. Furthermore, proved oil reserves are the only ones that the Security and Exchange Commission (SEC) allows energy companies or others to put on their balance sheets as assets. The SEC’s rationale is that there is a high enough confidence level that the reserves exist and can be processed to be a net energy resource. This means Obama was following SEC guidelines in reporting to the American public while Wintery Night noted that “undiscovered reserves” are available to meet national energy demands. One of these parties, and probably not the President, must have been wearing a virtual reality helmet while crafting their commentary.

Wintery Night is not the only that entity that creatively portrays EIA reserves data. The group, Energy Tomorrow (www.energytomorrow.org) takes a similar tact with the EIA data. Their approach is more subtle. In their pyramid portrayal (http://energytomorrow.org/energy-security/reserves), they refer to all oil deposits as “ultimately recoverable”.  They also nimbly articulate the difference between “reserves”, “resources”, “undiscovered technically recoverable resources”, and “discovered and undiscovered sub-economic resources”. Energy Tomorrow also states that, “The distinction between ‘reserves’ and ‘resources’ is important to note because it can inform policy decisions. If you believe the amount of oil is small, then energy development strategies will differ than if you know it is large.” OK, so if there is no direct evidence that something exists, simply note that it “may exist” and that it may be “very large”. This sounds like a creative way to influence policy and scarily reminiscent of the “WMD” argument for the second Iraq war.

By the way, “undiscovered sub-economic resources”? These are not “reserves”, they are “resources” and they are “sub-economic”. What a deal for the American public! Not only do they not exist, they aren’t economical. I think I’ll buy two. Should the American taxpayer have to have energy security future based on a cacophony of lawyered, verbiage that could have been better written by Saul (“Better Call Saul!”) Goodman. (Goodman is the ethically-challenged attorney on the “Breaking Bad” television series. Here is his website should you need his services: http://www.bettercallsaul.com/). Mulder’s evidence for little green men was far more concrete than those for large energy reserves which are really “resources” that don’t exist and that are not economical. Are we good now? 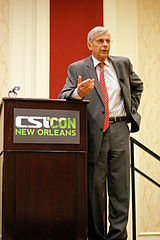 Interestingly, the Institute for Energy Research (IER, 2012) has noted that “the U.S. technically recoverable oil resources at 1.442 trillion barrels, 57 times more than EIA’s current proven reserve number for oil, and over 200 years worth of oil at current consumption rates”. That may sound great, but realistically 200 years is not a long time. It should be stressed that the 200 year supply for oil reserves uses the very optimistic and rather high-end reserve estimates shown in the pyramid diagram that was previously referenced.

It is obvious that long term planning for a vital energy resource should use conservative reserve estimates and not depend on estimates based on “irrational exuberance”. Also, this thinking must consider the population and economic expansion trends that are in play which will have a huge impact on energy and all resource availability and costs as noted by the McKinsey Group. It also does not consider that assuming that “current consumption rates” will hold is wishful, if not reckless, thinking.  Unfortunately, when considering the U.S. and the world’s energy future, one has to be very careful. Hopefully, we won’t have to deal constantly with misinformation like Mulder and Scully had to when jousting with their malevolent arch-nemesis, the Cigarette Smoking Man. However, be prepared to do some digging to get at the facts.

The truth is out there!

3 - Cigarette Smoking Man (William B. Davis) of the X-Files, Courtesy Wikimedia Commons and   B D Engler 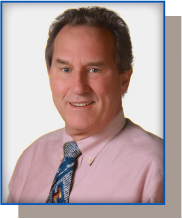 Dr. Alan Rozich is the founder of BioConversion Solutions, LLC (BCS) (www.bioconversionsolutions.com). Rozich is a world-renowned expert on biological processes with over 30 years of experience in biological treatment and conversion. Author of the book, Design and Operation of Activated Sludge Processes Using Respirometry, Rozich is internationally recognized for his expertise in biological process technology and has contributed over 80 articles and presentations on the topic. Rozich is a former principal of ERM, Inc., and BioProcess Engineering, Inc. He was also an assistant professor at the University of Delaware and a wastewater engineer for the Columbus Ohio Public Works Department. Rozich is also the author of the recently released book, Other Inconvenient Truths Beyond Global Warming.

Registered Professional Engineer in the States of Delaware and Maryland