Even a small farmer could join a co-op and get in on this trend. These co-ops are growing and are being promoted by organizations interested in furthering the cause of renewable energy.

That’s the interesting thing—you’re basically talking about anything that has heat content. Officials at the U.S. Department of Energy predict that within a couple of decades, the country will be turning hundreds of millions of dry tons of ag waste into energy. We’re talking about things like corn stover, wheat straw and crop residues from barley, oats and sorghum, as well as cordwood, wood pellets, manure, grasses, weeds and more. Because of environmental regulations, there’s a lot of incentive to handle manure, in particular, in ways that benefit farmers and reduce harm to the environment. All told, the energy-producing potential is tremendous.

Can you give us a bit of background on some of the more common processes and outputs?

As is the case with just about all things related to technology, the landscape is constantly changing. Companies and universities alike are experimenting with all kinds of processes. For example, people are converting recycled wood waste into high-BTU pellets for heating all kinds of residential commercial buildings. In eastern Kentucky, I’ve been helping with a project to build a power plant fueled by nothing but waste wood. We’re already talking with the regional electrical grid about how we can sell this energy back to them. Another big area of experimentation is biogas recovery, particularly for farmers with swine operations. The basic idea is to use anaerobic digestion to break down manure in oxygen-free environments. The process yields methane- and carbon dioxide-rich biogas, which you can burn for the heat or the potential to generate power. An even-more-versatile approach is co-digestion. All that this means is you can feed several different types of organic waste into a single digester. The methane output can be even higher. You can also capture methane from anaerobic lagoons and funnel the gas right into power generators.

Why are the opportunities present now?

From the standpoint of physics, the opportunities to do this have always been there. But a few things have changed. The technology, for instance, is now catching up to the point where this can be done in a way that actually makes economic sense for farmers and utilities. Meanwhile, states all across the country are mandating that larger and larger percentages of the energy they rely on come from renewable sources. In industry jargon, this is sometimes called renewable energy standards (RPS). And of course, the feds have been tightening the noose on farm waste for years now. My belief is that we’re eventually going to hit a tipping point in which this becomes standard operating procedure in agriculture; this may even happen sooner than we think.

Do the ag-energy opportunities vary by region of the U.S.? If so, why?

They absolutely do. These processes don’t occur in a vacuum. They depend on the forces of supply and demand at several levels and those forces vary from region to region. For example, if you operate in a state with an aggressive RPS target, you’ll have higher demand for your agricultural waste and more powerful incentives to leverage that waste. If you’re in the Southeast, there’s a good chance you’ve been hit hard by the relative collapse in demand for tobacco over the decades. That means you’ve got more incentive to try to recoup some of those losses by growing something like switch-grass to sell it for energy. This might even enable you to better leverage marginal farmland. And of course in agriculture climate is always paramount. Certain crops are easier to produce depending on the region where you’re located.

What are some of the “carrots and sticks” related to these opportunities?

Well, there are a lot of both, actually. Right now, you’ve got more and more companies looking into this area and creating potential ‘carrots’ for farmers in the form of markets for their ag waste. Multinationals like Royal Dutch Shell, BP, DuPont and Chevron are increasingly interested in joint-venturing with tech firms on this. Agencies like DOE are also funding basic and applied research in this area. The recently enacted Farm Bill provides nearly $900 million in dedicated funding that is partially or wholly related to converting ag waste into energy. A lot of the perennial plants used for this process can be harvested with ordinary farm equipment. Additionally, the growing demand for renewable energy creates ‘carrots’ that encourage farmers to sell otherwise-unmarketable timber for conversion. These are trash trees that would otherwise just be cluttering up their land and gobbling soil nutrients, water and sunlight.
On the ‘stick’ side of things, the primary one is the need to conform to stricter federal regulations dealing with nitrates and phosphates. Biogas recovery systems mean that animal manure can actually make money for farmers and potentially help them avoid getting slapped with enforcement actions, which can just be a nightmare. 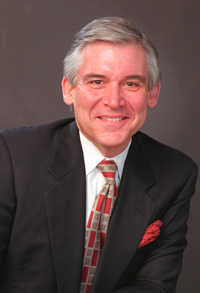 What regulatory agencies, state and federal, are involved?

Many agencies are involved, but the big ones are the EPA, DOE, and variously named state departments of environmental management. Actually, state officials tend to be heavily involved because of EPA’s practice of, in some circumstances, delegating its regulatory authority to state management. Typically, state officials have a better sense of what farmers are actually dealing with and are a little more sympathetic and easier to work with.

How big does the farm operation need to be to make this a feasible project to undertake?

Scale is required, either from a large single farm operation or a co-op among a group of farmers. You’re going to need aggregated manure collection, a lot of crop residue, large amounts of waste wood—the kind of volume that makes the energy conversion worthwhile. An anaerobic digester converts manure, which are volatile solids, into methane gas that is captured and burned in a generator to create electricity. So, to justify that you might need a 300-cow dairy operation to produce enough manure for roughly 50 kilowatts (kW) of electricity capacity. After the manure goes through anaerobic digesting there are solids that remain, which can be used both as fertilizer and also bedding for animals, saving the farmer from having to purchase those products. In some cases, farmers have saved over $60,000 a year in animal bedding alone. But the co-op aspect of this is important—even a small farmer could join a co-op and get in on this trend. These co-ops are growing and are being promoted by organizations interested in furthering the cause of renewable energy.

What are some of the planning components if a farmer wants to engage in energy production?

You have to understand that a single plan won’t work for everyone. One size doesn’t fit all. The key is to have a well-thought-out business plan that takes into account things like the demand in your state, the permitting and penalties in play, the volume you could generate, the cost of installing and maintaining the equipment and so forth. It does not need to be just a visceral decision to go out and do it. A sound business plan is critical.

About Roy M. Palk, LeClairRyan
Roy M. Palk, Esq., is senior energy adviser for national law firm LeClairRyan and the former president and CEO of East Kentucky Power Cooperative. All told, Mr. Palk has over 40 years experience as an energy industry executive and advisor. He can be contacted at Roy.Palk@LeClairRyan.com.