The state of California's goal for 2050, is to have 87% of all cars sold in the state be zero-emission i.e. electric or fuel celled cars. According to one plan, the majority of those vehicles would be fueled by hydrogen fuel cells rather than batteries. With the state leading the way and having more aggressive environmental policies than any other state, they have allotted about $200 million over the next 10 years for the construction of 100 hydrogen stations to be strategically placed to enable long-distance travel.  Will this provoke other states to follow suit?

One company working directly with hydrogen fuel cells for cars is Neah Power Systems. Their patent-pending technology of fuel cells enables the use of a liquid, safe fuel (formic acid) for automotive applications without the associated costs of a dedicated hydrogen generation plant or the safety and handling issues associated with the use of compressed hydrogen. In addition, formic acid could leverage the existing gasoline distribution infrastructure for enabling zero emission transportation and allows for traveling longer distances than electric cars.

Most hydrogen fuel cells are basically hydrogen bombs, how are Neah Powers different? 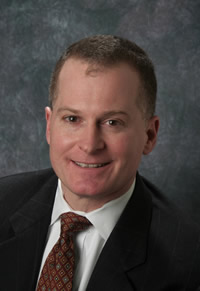 Fuel cells need hydrogen for the catalytic reaction in order to generate electricity.  As such, the hydrogen needs to come from somewhere whether that is pure compressed hydrogen gas, methanol, hydrogen peroxide, or otherwise.  On site, on demand generation of hydrogen at point of use, such is the case with Neah Power Systems Formira formic acid fuel cell, specifically eliminates any issues, real or perceived, of storing, carrying and transporting high pressure compressed hydrogen gas cylinders wrapped in Kevlar.  Inside the reformer, formic acid readily decomposes in the presence of a catalyst, thereby producing hydrogen gas which is connected directly to a fuel cell providing enough hydrogen to generate the needed electricity.

What would happen if the formic acid was to leak from a car and how would one go about cleaning it up?

Simply put, if there were a leak it would get mopped up.  There are established protocols for handling all types of chemical spills.  Formic acid is considered a Class 8 corrosive liquid by DOT transportation standards.  The lowest known value for auto-ignition spontaneous combustion is 1002.2°F (539°C).  In the presence of an open flame formic acid is combustible at 156.2°F (69°C). Formic acid is not considered a marine pollutant and readily decomposes into its constituents which are less toxic then the product itself.  The recommendations for a small spill of formic acid are to dilute with water and mop up, or absorb with an inert dry material and place in an appropriate waste disposal container. If necessary neutralize the residue with a dilute solution of sodium carbonate.

How much longer will a Neah Power fuel cell allow an auto to go on a single charge?

Electric vehicles commonly suffer from range anxiety.  That is going a particular distance and running out of power without readily available source of recharging.  While an electric vehicle may go 200 or 250 miles without a charge a combination of fuel cell and fuel together with a balance of system could travel 500 or even 800 miles depending upon the specific requirements and design.

What is the normal electric fuel cell charging time?

How would you go about charging a vehicle with a fuel cell and where would one go to charge it?

Today there is no consumer transportation oriented ubiquitous hydrogen storage and refueling stations.  Today there is no rapid charge broad spectrum plug in electric vehicle charging system.  However, today there is a global supply chain storage and distribution network for dispensing multiple types of liquids into automobiles and getting consumers on the road in a matter of minutes.  Adding to or repurposing the existing infrastructure to dispense another different type of liquid, which they do anyway today with both diesel and gasoline, is an excellent way to guarantee no disruption in consumer behavior. Once the fuel is depleted, the fuel needs to be replaced and you are ready to go. It is simply a matter of re-filling the tank with Formic.

Are there standards in place to unify the requirements of fuel cell charging?

At the moment there are no unifying standards and that would have to be addressed.  That being said, Formic Acid is a long time used commodity chemical used for industrial processing, and has regulations and a safety profile around it.

What would be required to build out the infrastructure for a fuel cell charging network?

The activity set of deployment, would be the repurposing of the existing  infrastructure to store and deliver formic acid which has an environmental, safety and hazard profile which is substantially less then that of gasoline or diesel.

Would a Neah Power Fuel Cell make a car more expensive, less expensive or the same?

We like to think that a Neah Power Fuel Cell powered automobile would make a car less expensive on any number of measures including upfront cost, maintence costs, as well as total cost of ownership - however that would be an issue that would play out with the automotive manufacturers.

How quickly would Neah be able to provide a fuel cell for say a number one auto company like Toyota?

Neah Power has functional units in a variety of configurations that would be appropriate for automotive applications.  The balance of system and integration of the fuel cell into the electronics would be a joint development process with the identified automobile company.   As such, the successful approach is to characterize the fuel cell, have a specific application development program followed by production and product sales.

Is there an intense manufacturing process involved in scaling up production of fuel cells for automotive applications? What kind of infrastructure is required and what kind of jobs would result?

There is not an intense manufacturing process involved in scale up production of Neah Power Fuel Cells.  The scaling of production is a matter of electronics assembly and plastics injection molding similar to that of other electronic assemblies,

Mr. David Schmidt is a specialty materials and healthcare expert in the device and compound space who understands technologies, the applications, and builds businesses around them.  He led several growth initiatives for Honeywell Specialty Materials where he successfully launched several new technologies which included semiconductor, flat panel display and life science initiatives. He also initiated an internal venture capital fund to propel and incubate innovative solutions which would ultimately become part of the Honeywell portfolio.

Prior to his work at Honeywell, David guided Plasmion, a semiconductor equipment company, as COO through a revenue ramp of 7 times and several rounds of financing.  He was responsible for both finance and operations at publicly traded medical device company, Hydromer Inc., an invasive medical device company and held leadership positions at Film Specialties Inc., a plastics and specialty coatings business.

He is currently a strategic advisor to an invasive medical device specialty coating business, and a novel fuel cell business that leverages the semiconductor supply chain.

Posted by Athrun Xala on 10/19/10, 08:08 AM
I love my geothermal heating system. I had it installed last year by a couple of New Jersey plumbers and I couldn't be happier with the results. My house is a little greener now and I'm saving a fortune in bills. I don't know how anyone can live without one of these systems.