What is wave energy?

Wave energy is one form of marine renewable energy. Wave energy converts the energy in highly predictable ocean waves into electricity using a range of different technologies. Wave energy conversion (WEC) devices are in the early stages of technological development, and there are currently hundreds of potentially viable technologies in this emerging industry as researchers and developers seek to prove their technologies’ viability.

How much potential does wave energy have as a viable alternative energy source in the United States? 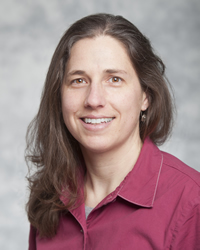 With more than 50 percent of the U.S. population living within 50 miles of coastlines, there is vast potential to provide clean, renewable electricity to communities and cities across the United States using wave energy. It is estimated that the technically recoverable wave energy resource is approximately 1,170 terawatt hours (TWh) per year, distributed across Alaska, the West Coast, the East Coast, the Gulf of Mexico, Hawaii, and Puerto Rico. Developing just a small fraction of the available wave energy resource could allow for millions of American homes to be powered with this clean, reliable form of energy. For context, approximately 85,000 homes could be powered by 1 TWh per year.

Are there examples of wave energy systems in use in other parts of the world?

The Open Energy Information (OpenEI) website houses critical public datasets and reports, maps and visualization tools, links to organizations working to advance the water power industries, and more. The Marine and Hydrokinetic Technology Database on OpenEI provides information on wave energy projects, both in the United States and around the world. You can also find information on wave energy systems in other parts of the world in the International Energy Agency’s Ocean Energy Systems annual report. Each year, the U.S. Department of Energy (DOE), along with several other countries, contributes to the report, which provides an overview of worldwide ocean energy developments.

What are the challenges to developing wave energy resources, and how will the Wave Energy Prize help solve some of the problems?

One challenge is that current WEC concepts are not yet cost competitive with other means of generating electricity. Thus, the Department sees an important opportunity in reducing the cost of wave energy so it can contribute to the nation’s clean energy supply. The Wave Energy Prize is one way to encourage the development of more efficient WEC devices, which in turn will reduce the cost of wave energy, making it competitive with traditional energy solutions.

Why did the Energy Department  decide to do a prize challenge focused on wave energy?

The Energy Department sought to use a prize challenge to help dramatically improve the performance of WEC devices, providing a pathway to game-changing reductions in the cost of wave energy. Prize competitions set a high technical bar for participants to be eligible for a prize, facilitating rapid advancements in technical innovations at a relatively low cost to the sponsoring agency. The Wave Energy Prize aims to attract next generation ideas by offering a prize purse and providing an opportunity for testing at the nation’s most advanced wave-making facility, the Naval Surface Warfare Center’s Maneuvering and Seakeeping (MASK) Basin in Maryland.

What will participants have to do?

WEC devices can be greatly improved upon in terms of efficiency. Participants in the Wave Energy Prize will design and build a prototype of a WEC device that can capture at least twice as much wave energy as today’s technology.

What types of participants do you anticipate being drawn to the prize?

The Energy Department envisions a diverse group of Wave Energy Prize competitors, including corporations, small businesses, professional engineers, students, and entrepreneurs. It is open to all U.S. entities, which include U.S. persons and companies as well as foreign companies that are incorporated in and maintain a primary place of business in the United States.

What is the prize, is it a cash prize? How much?

What is the prize timeline– how long will it last, when does it kick off, etc?

Registration for the Wave Energy Prize is scheduled to open in April 2015. It is a year-and-a-half design-build-test competition. There are a number of milestones that teams will have to reach, including a technical submission and small-scale testing, before finalists are identified to participate in testing at the MASK basin in the summer of 2016. Winner(s) will be announced in September 2016. You can find a complete list of prize phases on the Wave Energy Prize website.

To learn more about the Wave Energy Prize, please visit the website: waveenergyprize.org.

Alison LaBonte is the Marine and Hydrokinetic Technology Program Manager in the U.S. Department of Energy’s (DOE) Wind and Water Power Technologies Office. As the Program Manager, Alison is responsible for the development and execution of the nation's strategy for advancing marine renewable technologies to be viable, cost-competitive contributors to the clean energy economy. Alison came to Washington, D.C. in 2009 as an American Association for the Advancement of Science