What we are witnessing is in reality a traditional consolidation phase in a new and fledging industry, with winners and losers, and with the surviving players facing a bright and profitable future.

Five Myths About Solar Power – And The Real Facts

Solar energy and the solar industry has exploded in the last decade, and is today an established and competitive renewable energy source. Despite this (or maybe because of this), solar energy has been surrounded by myths, rumours and false facts that has dimmed the sunny (!) picture. Here are the five most common solar energy myths – and the real facts – as explained by Midsummer CEO Sven Lindström:

Myth 1: More energy is needed to manufacture a solar cell than it will generate under its life cycle (alternatively, more CO2 is produced to manufacture a solar cell than it will save under its lifetime). Fact: Not at all true. Today, the energy payback for silicon solar cells is less than two years. For thin film solar cells the energy payback is less than one year! After that period, energy (and CO2) is saved and accumulated during the remaining life span of the solar cell (often 25 years). Which makes solar cells extremely environmentally friendly.

Myth 2: Solar energy is not financially viable without subsidies. Fact: Subsidies are being rapidly phased out and technological advancements continue to make solar cells more efficient. Solar energy is now cheaper than purchased electricity (market prices) almost everywhere in the world where the sun shines. There has been a rapid decline in solar energy costs over the last 12 months to the point that it competes favourably with even the cheapest of fossil fuels. A utility owned by US tycoon Warren Buffet recently agreed upon a purchase price of 3.87 cents per kWh from First Solar’s Nevada plant – probably the cheapest electricity price in the US and most of the world.

Myth 3: Once the global warming “scam” is uncovered, no one will be interested in solar energy. Fact: Whether you believe in global warming or not, and most people do, photovoltaic solar energy is a very attractive way of generating your own electricity at a low foreseeable cost. It is probably the cheapest way to generate electricity in sunny regions and brings energy independence to individuals, corporations and countries alike. It is also a potential job creator. So global warming, believe it or not, really has nothing to do with the benefits of solar energy.

Myth 4: All solar cell manufacturers lose money. Fact: some do, but not all. Many manufacturers of silicon solar cells compete in the same segment using the same technology. They are having a tough time. Other segments are more profitable, such as thin, lightweight and flexible solar panels.

The solar energy industry is immature, with constant changes of leadership positions and markets. What we are witnessing is in reality a traditional consolidation phase in a new and fledging industry, with winners and losers, and with the surviving players facing a bright and profitable future.

Among future winners, we must include roof and construction companies with the insight to see building integrated photovoltaics as the ’next big thing’. Solar cells will become better integrated with both roofs and facades, and current manufacturers of construction materials have a great opportunity to gain market shares in this area.

Myth 5: Solar energy will become attractive only when Tesla or any other battery manufacturer commences serial production of cheap and efficient batteries for the storage of electricity. Fact: See myth 2. Solar energy is already a very cost competitive source of energy. Cheap and efficient batteries will of course strengthen its attractiveness, but the fact that solar energy is produced when it is demanded the most (i.e. in the middle of the day) makes solar energy less dependent on storage solutions than many other energy sources. 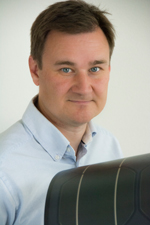