We are noticing a major shift in the way todays homeowners shop for solar. The era of the solar “hard sell” is coming to an end – solar shoppers are educating themselves about all their options beforehand, and placing more value in the ability to compare multiple quotes before they commit.

EnergySage’s online solar marketplace connects thousands of homeowners with nearly 300 pre-screened solar installers across the country. Because of the marketplace’s unique “matchmaking” function, EnergySage has transaction-level insight into the behaviors of solar shoppers and installation trends. 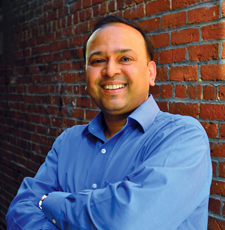 Tapping that knowledge base, EnergySage polled more than 100 local and regional solar installers in both residential and commercial markets last year to capture their key observations on market opportunities and challenges, and recently released the findings in its 2015 Solar Installer Survey Report. We spoke with EnergySage CEO Vikram Aggarwal about the highlights:

What is the top challenge that solar installers face as they forge ahead in 2016?

Competition, competition, competition. Fifty-six percent of the installers surveyed report that they face 15 or more competitors in their territories, and another 20 percent are competing against more than 80 installers across the territories they serve. As the solar market continues to grow, competition will become even tougher. We’re seeing installers spending more on sales and marketing, as well as lowering prices, to gain a competitive edge. When we asked solar installers what’s more important to them in the next three years – gaining market share or increasing gross margins – the majority (54%) specified an intent to gain greater market share, even if it means reduced gross margins.

How can installers strive to meet this objective in 2016?

Installers that seek to grow will need to double-down on the diversification of their customer acquisition strategies. Leveraging new online marketing channels, as well as increasing marketing and advertising expenditure in traditional channels, are both sure-fire ways to generate more (and better) leads. The former is where we come in -- the EnergySage Solar Marketplace levels the playing field, facilitates better customer acquisition, and reduces associated “soft costs” to help installers to win more business more often. Another top imperative cited by survey respondents is the need to improve the overall efficiency of their sales processes. We expect to see increasing software innovation meet this need over the coming years.

What trends are you and installers seeing in terms of consumer buying behavior?

We are noticing a major shift in the way today’s homeowners shop for solar. The era of the solar “hard sell” is coming to an end – solar shoppers are educating themselves about all their options beforehand, and placing more value in the ability to compare multiple quotes before they commit. The majority of solar installers surveyed report that their customers received two to three quotes before making a purchase decision. Our Solar Marketplace data also shows that homeowners who receive multiple quotes are more confident shoppers – the likelihood that a solar shopper will move forward with a purchase increases dramatically with every additional quote they receive.

In terms of solar financing, leases and PPAs make up approximately 60% of systems sold nationwide, but the survey findings are contrary, can you please explain?

Leases and PPAs are mostly used by large national solar companies with the scale and structures in place to administer them. And because the US solar market is dominated by a few large companies, their financing offerings end up setting the tone for what’s adopted nationwide. That said, most of the small and mid-size solar installers we talk to don’t lead with a lease/PPA product from a third party. This isn’t because they aren’t available – they are – but because the financial payoff is less attractive with these products when compared to other financing options out there. Most of the revenue in a lease/PPA goes to the leasing company, and the solar installer is left with a comparatively small percentage as a result. These installers would rather that the consumer buys the system outright with cash or a solar loan – the economics are better for the consumer, and for the installer’s bottom line.

Are there any other key findings you’d like to note?

Yes, as mentioned earlier, we’re seeing increased interest in both unsecured and secured loans in our marketplace. In an effort to better serve solar installers, we are planning to roll out a new financing portal later in Q1 2016 to support their needs for improved access to financing options. This will be delivered in tandem with our provision of increased market data too, so stay tuned!

Which methods of customer acquisition are the most effective (radio, social media, TV, online etc.).

Personal references from friends and neighbors have always been one of the best opportunities for installers to acquire new customers. However, as the market expands, and competition for customers continues to increase, we're seeing more and more installers move towards online acquisition channels such as EnergySage.

Which parts of the country are seeing the most growth in consumer demand for solar installations?

There are three major drivers of growth in consumer demand for solar: high levels of sunlight, substantial local or state financial incentives (e.g. those offered in addition to the federal ITC,) and high electricity costs. All of these factors work together to improve the value proposition of solar, specifically in that they shorten the payback period, and thus lead to increased adoption among homeowners. These conditions can be found all over the country. EnergySage developed an infographic illustrating the payback period of solar in 15 cities across the U.S: 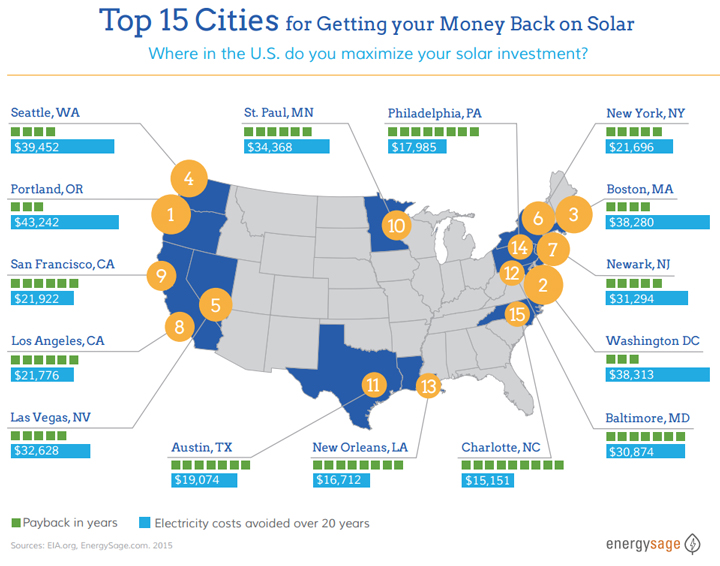 In the eyes of an installer, what is the single most important aspect of the process (from design to project completion) of solar system installation in terms of efficiency and profitability.