We asked one customer to model cost savings for us. Note that we didnt pay for this, and it was based on a real bid made in 2015.

There are many wild claims of cost savings in PV. Customers tell us the TrueString™ inverter family saves them money, so we asked one to model this for us to explain why. Note that we didn’t pay for this, and it was based on a real bid made in 2015. 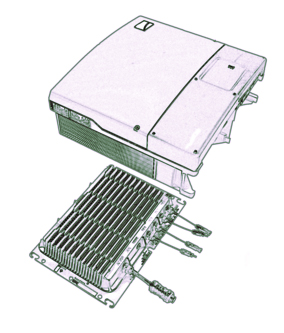 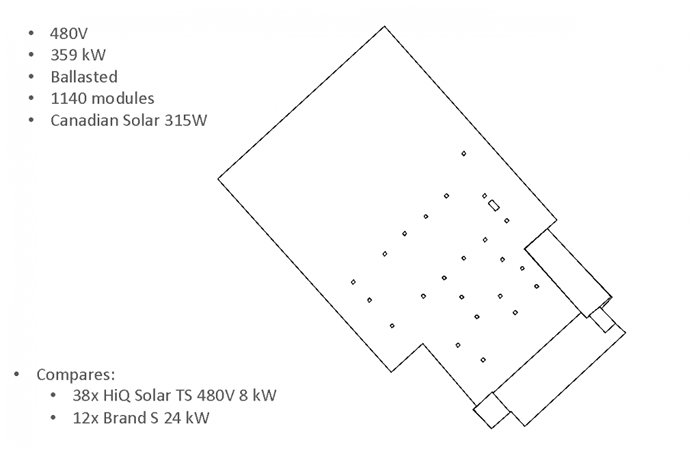 The result was a saving of over 7 ¢/W using the HiQ inverters. The analysis zeroed out the cost of the inverters themselves in order to show just the BOS benefits, and includes both material and labor. Many system costs, such as the racking and PV modules, were common to both implementations and are left out of the comparison graph shown below. The graph shows the cost categories that are impacted by inverter choice. It is obvious that the two designs are very different, with the HiQ array-mounted inverters incurring more AC electrical costs, while the 24 kW conventional alternative has more DC electrical cost. Overall the HiQ layout costs less.

In addition to the explicit BOS cost savings, the TrueString inverter has a number of other advantages not captured in the modeling. At 8 kW with two individual string inputs, the granularity is very different to large 3-phase string inverters such as the 24 kW discussed here. For example, arc detection of each string directly at the array rather than at distance with many strings in parallel is obviously safer. Harvest optimization and monitoring of each string individually is also beneficial, as is system layout where every string can be a different length.

More detail on cost comparisons of this system and two others can be found at http://www.hiqsolar.com/bos-savings.html