The client indicated a large number of high quality; 2 axis solar arrays built on rural and farm properties that were starting to fail.

IMO Canada was approached to offer a reliable solution for solar tracking control to replace existing programmable relays and time-based PLC tracking controls. The client indicated a large number of high quality; 2 axis solar arrays built on rural and farm properties that were starting to fail. It was discovered that the company that originally designed the tracking system had since gone out of business without any support for the tracking systems.

It was learned that the tracking systems used employed a time and date algorithm programmed into programmable relay (PLR), or programmable logic controller (PLC) - which then relied on feedback from an ultrasonic wind sensor for wind speed, several inductive proximity switches for position control, and an expensive pyranometer to for elevation and directional position feedback. These controllers used were found to be not working, missing or having a corrupt program within them which affected to positioning of the array.

IMO’s Solar Cube was found to be the perfect choice! Out-of-the-box, the client retrofitted the inputs and outputs from the existing tracker into the Solar Cube’s universal input and output terminals built into the controller. With the addition of IMO’s 3D compass mounted on the back of the solar array, setup was fast and easy with the Solar Cube’s built in digital touch screen display and the client simply entered the time, date and GPS coordinates of the solar array site.

The Solar Cube uses a proven, and widely used formula to calculate ‘zenith angle’ and ‘azimuth angle’ of the sun while using array position feedback from IMO’s 3D compass. In this way, tracking is more reliable, and clients can expect to maximized yields from their harvest with this type of accuracy.

The client was able to add and replace other components within the tracker control panel with IMO high quality products such as Jaguar AC drives, IMO’s DPS power supplies, din terminals, relays, and disconnects from one source. As a result, the payback was immediate - each end user started to track the sun accurately and increase their yield and ultimately revenue from their respective solar arrays. 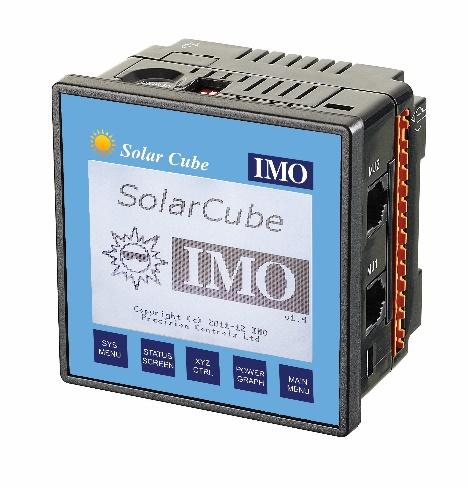 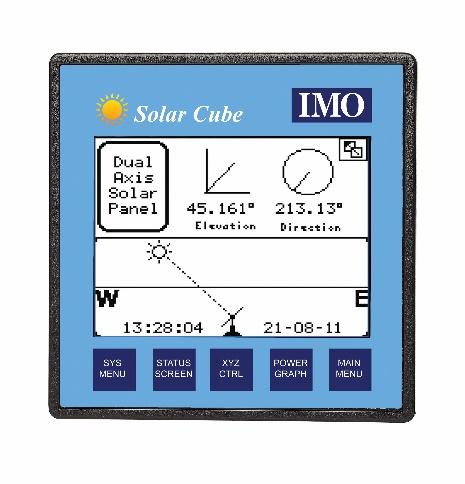 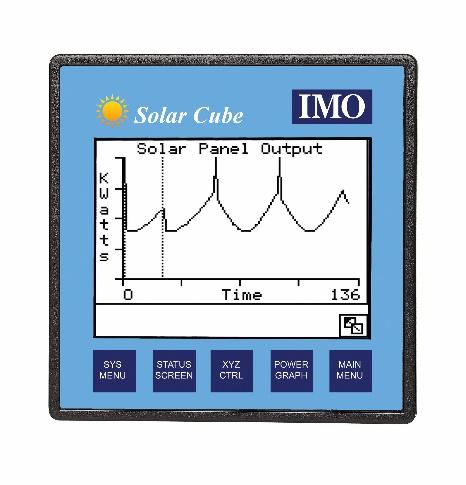