Please provide a brief background on Magnolia Solar and its technology.

Magnolia Solar is a subsidiary of Ecoark Holdings, Inc. (EARK) which strives to develop and produce low-cost, high efficiency solar generation technology. The Company is currently developing nanotechnology that can be utilized for new and existing solar applications; an ultra high-efficiency solar cell and a nanostructure-based coating technology. Both technologies are designed to collect about 15-20% of the energy lost in traditional solar cells which in turn generates a greater amount of power. The development of this technology has been funded by two groups, the New York State Energy Research & Development Authority (NYSERDA) and the Department of Defense (DoD) as SBIR Programs. 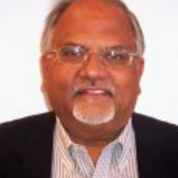 How are Magnolia Solar’s solar cells different from what is currently available on the market?

Most solar cells for commercial applications are silicon-based and primarily developed in countries outside of the U.S. Those solar cells can be improved using Magnolia Solar’s nanotechnology, particularly the nanostructure-based coating technology, at any point before, during or after the installation process. The coating technology, which can boost efficiency upwards of about 15-20%, in turn provides a higher power output.

The company is also working on ultra-high efficiency solar cells which are can be used for government and defense operations as opposed to commercial and residential solar applications. Unlike the commercial market which uses silicon, these solar cells are made using a gallium arsenide (GaAs and related materials) as the semiconductor - a much more expensive material which can provide solar cells with increased efficiency of 30% or higher.

What prompted Magnolia Solar to look into nanotechnology for its solar cells instead of traditional materials like crystalline silicon?

When we started Magnolia Solar in 2009 people were just starting to talk about using nanotechnology, which prompted us to consider using it for solar cells and and solar panels. Earlier this year we merged with Ecoark Holdings Inc., giving us the opportunity to commercialize the technologies and allowing us to improve the solar technology currently available in the marketplace. Our goal is to be able to use nanostructure-based coatings, applied to either a thin film or to the solar cell itself, to enhance the efficiency of existing commercial solar technologies.

How does the technology work in your solar cells?

In a solar cell, you want to absorb as much energy as possible in order to generate a higher voltage and current, which provides a greater amount of power.  Unfortunately, with traditional solar panels, when light shines on the panel a large portion is reflected back at oblique angles resulting in about a 15-25% energy loss. Our Company’s nanotechnology is designed to reflect the light back into the solar cell, allowing the collection of 15-20% of the energy that would have been originally lost. By keeping more energy and voltage within the solar cell, a higher amount of power is generated, increasing the efficiency of the cell.

What benefits do nanotechnology provide to the production of solar cells (cost, efficiency)?

At what stage of development and production are you with the nanotech solar cells?

Magnolia Solar is currently in the development stage and is starting to explore the pilot production for the nanostructured coating technology.

Is Magnolia Solar producing solar cells for commercial use or residential?

Magnolia Solar’s nanotechnology is still in development phase however, one of the Company’s primary goals is to improve solar cells in the commercial space.

Where do you plan to manufacture the cells?

A large portion of the Company’s work has been done at the Albany Nanotechnology Center, based in Albany, NY. As such, Magnolia Solar will most likely look to set up pilot facility in Albany, NY region. The Company will and also look into manufacturing close to Ecoark Holding’s headquarters in Rogers, Arkansas. This will be done, once Magnolia Solar begin the commercialization process.

How can solar technology help to decrease the dependency on fossil fuels, particularly as global warming becomes a larger concern?

Currently, fossil fuels are used for ‘peak power’ meaning they are the constant energy source used to power our commercial and residential locations during the hours when energy usage is at its peak. Now that solar is providing higher efficiency at a lower cost, we’re seeing a shift to renewables which have the potential to be the ‘peak power’ energy source. Energy consumption increases during the day when commercial establishments such as malls, workplaces and government buildings are open for public use. Since the sun is out during this time, there is an opportunity to use solar energy to power these facilities during their prime hours of energy usage. In addition, the use of net metering with solar applications for these facilities can help to better monitor energy usage and introduce excess energy generated during these peak hours back into the grid.