Under net metering 2.0, property owners are forced to pay non-bypassable charges, reducing the value of clean energy provided to the utility.

Can you give us a brief outline of what net metering is and how it relates to solar system costs?

Net metering is the billing arrangement for homeowners and businesses that go solar. It is a system of debits and credits, which has allowed rapid growth of solar power and created one of the nation’s most competitive industries. About 700,000 Californians have gone solar and are enrolled in net metering, offsetting electricity charges through solar, resulting in significant savings.

California’s investor-owned utilities successfully lobbied to change solar rules in 2013 through Assembly Bill 327, which determined that the solar rules, known as net metering 1.0, would end. The legislation stated that each of California’s investor-owned utilities would have a net metering cap, a limit of renewable energy that could be connected to the grid – or – a statutory deadline for the rules to change. The deadline for the rules in Southern California Edison’s territory to switch is July 1, 2017.

Property owners who go solar before the deadline is reached will benefit from 20-years of grandfathering protection, meaning you are guaranteed to receive the net metering benefits from the utility offered at the time you went solar and for the next 20 years.

Property owners who go solar under the Net metering 1.0 rules will earn 1kWh credit for every 1kWh of clean energy put on the grid and are interconnected to the grid for free.

Homeowners must have their solar power system installed with permission to turn on from Southern California Edison by June 30, 2017 to be grandfathered into net metering 1.0. Solar experts recommend signing up to go solar by April 15, 2017 to ensure the permit, installation and approvals occur before the rules change.

Southern California Edison will be the only California utility to not reach its net metering “cap” of five percent. Why is this and how does this impact the state?

Southern California Edison will be the only investor-owned utility that will not reach its net metering “cap” and will instead hit the statutory deadline on July 1, 2017. There could be several reasons for this including the demographics of the utility’s territory and, historically, Southern California Edison’s outdated and lengthy process for turning on solar systems compared to other California investor-owned utilities.

Can you tell me about the statutory deadline, what it means, and when will the threshold deadline will actually hit?

Once the deadline is hit, the rules around solar will be impacted, as the entire state’s investor-owned utilities fall under new net metering 2.0 rules.

Which cities does the Southern California Edison territory reach?

Are other cities in California affected by net metering caps?

San Diego Gas & Electric, which services all of San Diego County and parts of south Orange County, was the first utility to reach its cap in June 2016, and Pacific Gas & Electric followed, hitting their cap in December of 2016. California’s municipal utilities have different net metering regulations. Southern California Edison will be the only California utility to not reach its net metering “cap” of five percent.

How much will the price of solar shift after the threshold is hit?

Those in the Southern California Edison territory who fail to sign up to get their solar installed before the rules change, on average, will have their savings reduced by $4,000-$6,000 over the life of the system. The new rules reduce the monthly bill savings with higher fees and reduced compensation for energy generated.

What is your advice to consumers and local businesses in the area going solar now? Why does it take so long?

If you’re considering solar, now is the time to switch. Not only will you see the greatest savings, but you’ll be protected against future changes to the rules for two decades. The longer you wait, the closer we get to the statutory deadline and you risk missing on the savings and protection. California’s investor-owned utilities have no incentive to encourage people and businesses to go solar because it takes away from their bottom line. 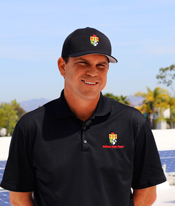 About Daniel Sullivan
Daniel Sullivan is the president and founder of Sullivan Solar Power. He has been a key driving force for the growth of the solar industry in Southern California for the last 13 years, and his company is a primary contributor to Southern California’s ranking as one of the top solar markets in the country. Daniel grew Sullivan Solar Power from a one-man shop living in a client's garage to one of the largest solar firms in the U.S., which has now been ranked one of the fastest-growing firms locally and  nationwide by Inc. without taking on any outside investment. The Sullivan Solar Power brand and reputation is a reflection of Daniel Sullivan’s unrelenting drive to realize his vision of changing the way the world generates energy.