The bad news: Solar energy could be interrupted in parts of the United States for up to three hours during times of peak generation—or peak demand. The good news: Our electric grid and its skilled operators are ready. 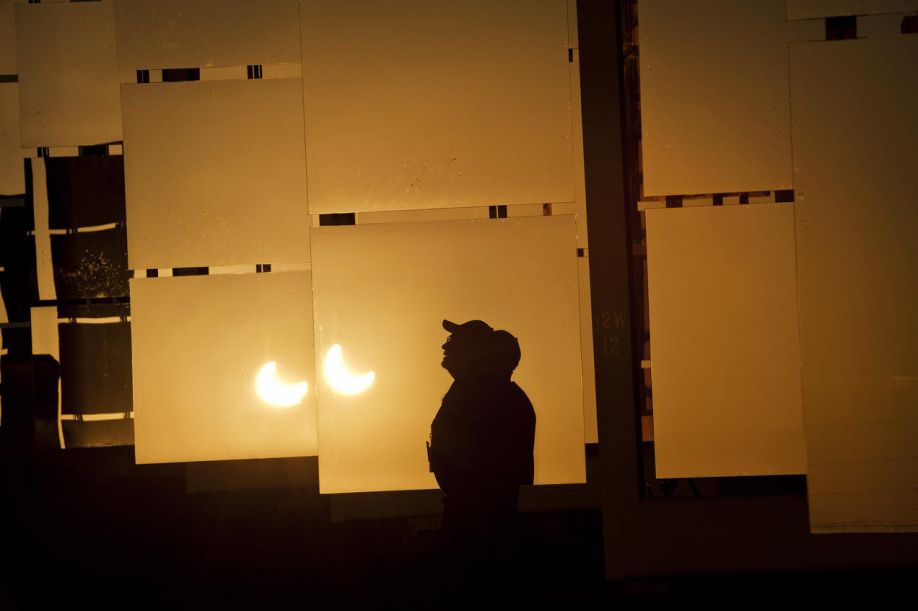 On August 21, Americans in a broad swath of locations across the country will experience something they haven’t experienced in decades: a total solar eclipse. This phenomenon, which is caused by the moon’s passing directly between the earth and the sun, will indeed reduce solar energy production in parts of the United States for about three hours. Even so, people will not notice any change in their electricity service—thanks to preparations by the nation’s electric grid operators to ensure that the transmission system functions with its usual reliability.

The last time a solar eclipse was visible in the contiguous United States was back in 1979, when solar energy was still in its infancy. Since then, our energy system has significantly changed, with solar and wind energy becoming the fastest-growing sources of new electricity generation. At least 7 million U.S. homes and businesses are directly powered by the sun, and the eclipse will interrupt solar power generation from their rooftops as well as from large utility solar farms.

Electricity generation for the entire country will be somewhat affected by the eclipse, but some states will see a larger drop in solar power than others, depending on how much of the sun is blocked by the moon in their specific location. Fortunately, there are plenty of energy resources available to fill the gap (including wind, geothermal, and hydropower), since electric grid operators have had years to prepare for this month’s exciting celestial event.

Along the 70-mile-wide path of totality—stretching from Oregon to South Carolina—the moon will completely block the sun. The longest period of total darkening will be about two minutes and 40 seconds, according to NASA. But the moon will block at least a portion of the sun nationwide, with the amount of obscurity varying by location. The longest period of partial darkness in any spot will last about three hours.

Grid Operators on the Job

Along the eclipse’s path, grid operators will be working to ensure the reliability of our grid, just as they do on any other day. Acting somewhat like air traffic controllers, these men and women manage the power supply by directing electricity to wherever it’s needed. Our grid has more power available than we need to meet peak demand, and operators can tap into reserves when necessary, matching electricity supply with customer demand every five minutes at the lowest possible price. For example, the California grid operator has daily experience managing solar output as the sun rises and sets, compensating for diminished sunlight by increasing the output from other sources.

Solar eclipses aren’t new or especially mysterious to grid operators. To work through this one, they’ll be building on lessons learned from past eclipses, such as the one that took place in 2015 across parts of Europe. And they might even learn a few new things to draw on during the next total solar eclipse, which will occur on April 8, 2024, across portions of North and Central America.

Which States Will See the Largest Solar Energy Interruptions?

Some states across the country are tying this unique event to tourism, recreation, or energy usage. California, for example, recently launched a “Do One Thing for the Sun” campaign that urges residents to cut their energy use during the few hours that the moon will partially obscure solar rays so that grid operators will have less need to fall back on our least efficient natural gas power plants, which also generate climate-warming carbon pollution. Before the eclipse, homeowners, businesses, organizations, and local governments are being encouraged to replace light bulbs with LEDs. And during the eclipse, Californians are being asked to help save energy by turning off lights, unplugging chargers and appliances that aren’t in use, and/or turning up thermostats.

As for other states, Arizona can expect to experience a brief interruption in about 70 percent of its rooftop solar generation, followed by New York at 68 percent, Utah at 39 percent, and Nevada at 24 percent. In these states, homes and businesses that normally generate most of their daytime power from rooftop solar photovoltaic panels will compensate by reducing energy use and/or temporarily drawing electricity from the grid.