With ever-increasing panel efficiency, gross installation costs at under $4 a watt, and available tax credits to help defray the cost, there's never been a better time to consider this technology. 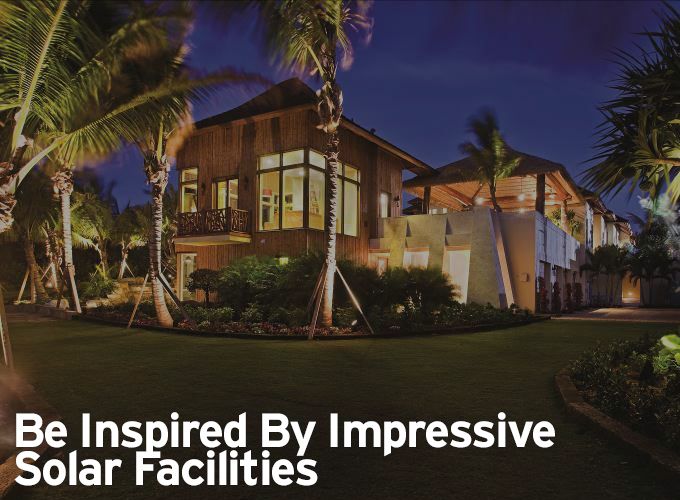 Solar power is becoming more practical and commonplace in a variety of situations. These days, solar arrays are being used to heat and cool entire stadiums, mansions, and office buildings. You may have even considered putting a few panels on your roof to save on your power bill or take advantage of local or federal rebate programs. If so, take a look at these impressive facilities from around the world for inspiration on improving — or adding — a solar array to your home.

The Acqua Liana mansion by Frank McKinney in Manalapan Beach, Florida, is not only beautiful but also self-sufficient. A water collection system takes care of the water needed to run this 7-bedroom, 11-bath, 15,000-square-foot home, and the lighting was designed to reduce energy needs by 70 percent. What electricity is still needed is provided by a solar array large enough to cover a basketball court. This system can produce enough power for two or more standard-sized homes. You can accomplish similar results and double your home’s power source by adding a small solar array to your yard.

The Sun-Moon Mansion, a massive hotel outside of Dezhou, China, claims to be the largest solar-powered structure in the world. The arched roof boasts over 53,000 square feet of solar panels, which can provide up to 88 percent of the power needed for the massive 800,000-plus-square-foot facility. As an added bonus, the hotel features a commercial kitchen that uses solar-powered ovens. To bring solar into your own kitchen on a smaller scale, try a solar-powered food scale or water boiler. These countertop appliances have attached solar panels that power them, so they don’t need to be plugged into an outlet. Simply place them by a sunny kitchen window to charge them.

The Solar Impulse 2 plane traveled the world powered by 17,000 solar cells, making it the first aircraft to run entirely on clean, renewable energy. This gigantic, yet lightweight, plane took flight between March 2015 and July 2016. The trek started in Abu Dhabi in the UAE, then continued with multiple flights across Asia, the Pacific, and the continental United States, before making its non-stop flight over the Atlantic Ocean into Spain, finally touching down again in Abu Dhabi. During this time, the project endured weather delays, as well as a costly error in the battery configuration, but it completed its epic journey with the power of a small motorcycle. If you own an electric car, you can get solar-powered transportation right in your garage. Adding a few solar panels on your roof can power your vehicle’s charger, allowing you to achieve a carbon-zero commute.

Beer Cooled By the Sun

If you order a cold beer while on the sunny Gulf Coast of Florida, your beer may have actually been cooled by the sun. Great Bay Distributors’ 1.5 megawatt, 4,590 solar panel rooftop solar system — the largest commercial array in southwest Florida — provides 80 percent of their distribution facility’s energy needs. The system will also presumably provide a backup energy source if the grid’s power is interrupted. To cool your drinks with the power of the sun at home, consider a solar-powered refrigerator or an array of small panels connected to a basic minifridge. As a bonus, you’ll reduce your home’s utility bills.

Stadiums generally take a massive amount of power to run and maintain, but the dragon-shaped National Stadium in Kaohsiung, Taiwan, can produce much more energy than it takes in. In fact, the stadium harvests 1.14 million kWh of electricity per year, powering not just itself, but providing 80 percent of the surrounding area’s energy. While you may not need as much power as a full-sized stadium, it’s also possible to run your home entirely on solar energy. Consult a qualified installer to figure out how many panels you’ll need to get off the grid altogether. 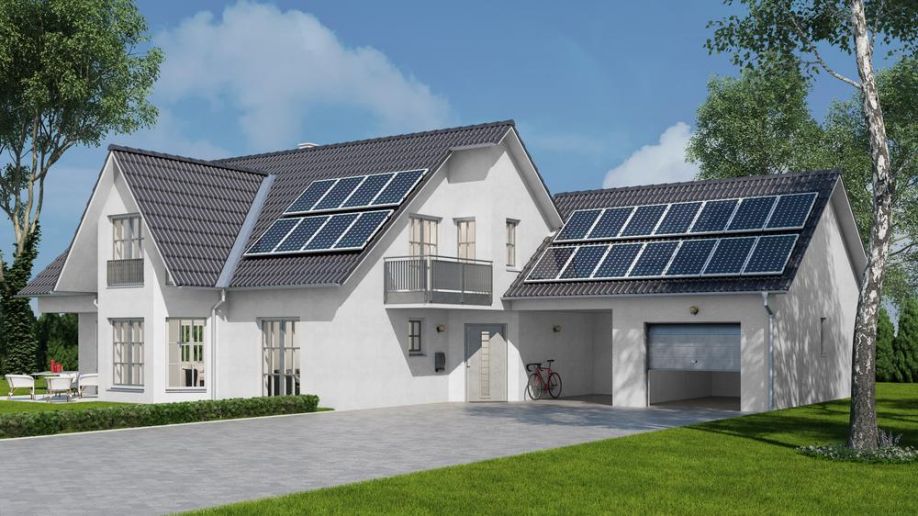 If you feel inspired by this list of amazing designs and want to reduce your home’s power requirements, it’s easily achievable. With ever-increasing panel efficiency, gross installation costs at under $4 a watt, and available tax credits to help defray the cost, there's never been a better time to consider this technology. If you'd like to start solar installation on your home, seek out local licensed, insured, and background-checked installers for a free consultation to see if it’s right for you.

About Jeremy Cook
Jeremy Cook is an avid maker and experimenter, building anything that comes to mind. Jeremy draws on his expertise as an engineer to write for The Home Depot. If you’re thinking about adding solar power to your house, visit The Home Depot’s website to view installation options.