Whats happening in Colorado suggests that renewables, such as wind and solar, will continue to be cost-effective, even in the face of challenges. We may get closer to a renewable energy future than even many of the most optimistic analysts have predicted. 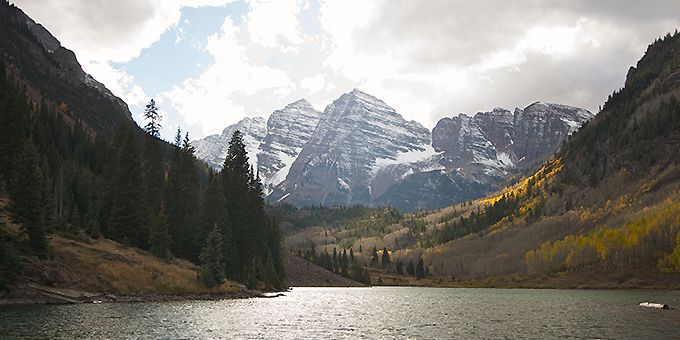 Colorado Could Show the World Renewables Are Cheap

It wasn't long ago that the idea that renewables could compete with fossil fuels was a distant dream. Now, it seems like it might actually become a reality.

Colorado’s largest utility, Xcel Energy, recently said it plans to nearly double its renewable energy capacity. This plan, it said, will save its customers money because of renewables’ “historically low” cost.

In 2016, the company released its Colorado Energy Proposal, which outlined a plan to shut down two coal plants and add around 700 megawatts of solar energy, one gigawatt — or 1000 megawatts — of wind and 700 megawatts of natural gas. This plan would increase Xcel’s renewable mix to 55 percent of its portfolio up from around 28 percent.

Based on its energy proposal, Xcel’s subsidiary Public Service Company of Colorado sent out an “all-source solicitation” asking private developers for proposals for energy projects.

This is significant because these bids represent a genuine desire by developers to invest in renewables. Whereas forecasts and renewable energy targets look promising, they aren't concrete.

If developers, though, propose building renewable energy projects, they do so because they believe it makes financial sense to them. They want to get involved because of the potential returns and the opportunity to join a flourishing market. They're encouraged likely by factors including technological improvements, tax credits that reduce costs and a push by the public to make the energy sector more sustainable.

The Importance of Storage

One of the most exciting aspects of the proposed projects is that many of them include a storage aspect as well. A big argument against solar and wind facilities is that the energy they produce is variable. They only generate power when the sun is shining, or the wind is blowing, so they aren't seen as reliable and must get backed up by more continuous generation.

Adding storage to a project typically increases costs substantially, but the Xcel Energy bids that included storage only increases the costs by only a few dollars per megawatt hour.

What This Means for Renewables

What do these numbers mean? Well, according to an analysis of the bids by Carbon Tracker, new projects that combine wind and storage in Colorado are cheaper than the existing coal plants. Those that join solar and storage are less expensive than 75 percent of Colorado's existing coal facilities.

This means that renewable energy coupled with storage is cheaper than coal in Colorado, which indicates that it provides not only environmental benefits but also concrete financial advantages.

What’s happening in Colorado suggests that renewables, such as wind and solar, will continue to be cost-effective, even in the face of challenges. We may get closer to a renewable energy future than even many of the most optimistic analysts have predicted.

The plan now heads to the Colorado Public Utilities Commission (CPUC) for approval. We still don’t know many details about the projects and how exactly the process will play out, but the signs suggest it could represent a significant milestone for renewables.