Currently, China boasts the highest number of installed solar power panels with 112GW in the summer of 2017. The country has managed to achieve the target it had set for 2020 three years ahead of schedule 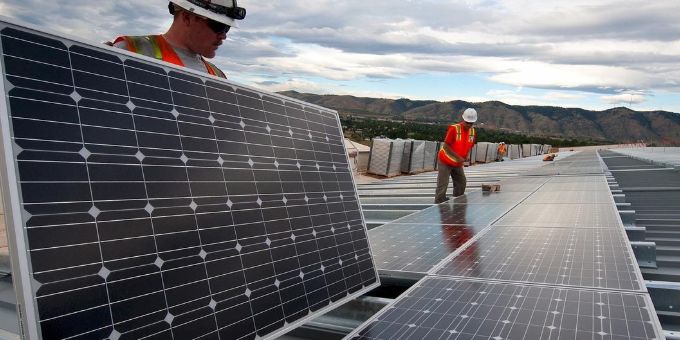 Solar technology has been making waves for quite some time now. One of the reasons for this technology’s popularity is the growing concern environmentalists have about the harmful effects that result in greenhouse gas emissions. Fossil fuels are increasingly responsible for climate change, and this is why there is a need for an energy source that is cleaner and safer. This is where solar power comes in. With renewable resources such as the sun or wind, you can replace the power that is generated from coal and gas and reduce the carbon emissions as a result.

Another reason why solar technology is becoming so famous is that it gives you a chance to get off the grid. Though solar installation will require you to spend a chunk of your capital, it will keep you from worrying about paying your monthly electric bill. Moreover, this alternative to fossil fuel generated power is also integrated into places where there’s no power-grid, and so it helps even those remote areas get the electricity they require.

Currently, China boasts the highest number of installed solar power panels with 112GW in the summer of 2017. The country has managed to achieve the target it had set for 2020 three years ahead of schedule, and this tells you just how aggressive they are towards their commitment for renewable power generation. Though America is yet to catch up to this number with 42.89GW in 2017, the digits are increasing with time.

Today, we aim to discuss the latest innovations, challenges and the benefits you can acquire from small-scale installations. So, first thing first, let’s look at some of the top inventions in the solar technology industry.

Though not a current new invention, thin film solar panels are being used in a variety of different applications. With these films that are printed in rolls, you don’t have to depend on large solar panels to drive the electricity you need. These film panels aren’t only useful when you’re on the move but also save you costs that would otherwise be spent on installation and maintenance. Some of the areas where they are being used are for camping equipment, roofing and building materials.

Australian researchers have found a new way to use gold for storing the energy of sunlight into fuel. Metallic-gold particles are used to convert solar energy into methane and methanol, and though a full-scale method has not been identified, it is an innovation that could change how solar energy is stored. Though this idea of chemically saving the energy is new, the researcher’s focus is on Nano-clusters which is a lot more efficient than other storage options that are currently being used.

Finally, one of the most existing solar technology innovations you’ll come to know about are the solar roads. These roads, which are comprised of solar slabs function as an energy generator for LED lamps which help in lighting the way at night. The plates, which can be individually replaced if needed can also provide thermal heating that will assist in melting the snow during winter. Moreover, the cherry on top for environmentally conscious people is the slabs are made from a recyclable material which makes it all more greener.

Silicon solar cells have their drawbacks

Silicon cells currently dominate the market, and even though they have their advantages, they aren’t free from their shortcomings. Three of the main concerns with silicon solar cells is that the material is very rarely found in its purest form, they are very heavy and rigid in shape, and their power efficiency is stuck at about 25% for the past 15 years. Though most of these challenges can be solved with the help of Perovskites, that technology is still in its initial stages and will take some time to catch up.

To generate electricity efficiently, solar panels need to be placed in large areas which aren’t always available. In truth, the power generated is proportional to the surface area in which the solar panels cover and this is why some of the largest solar farms are built in deserts. It is why this is not a feasible option for areas where the spaces are covered with other landmarks such as buildings and land for solar panels isn’t available. Even though floating solar systems are being built on bodies of water, the maturity of this technology will take time.

Another major limitation of the solar technology is that it doesn’t currently have many storage options. Because the sun only shines during the day, people installing solar panels need to invest heavily in large-scale storage technology which isn’t just very expensive but isn’t very efficient as well. Though companies such as Tesla are trying to overcome this issue and coming up with batteries, it will take some time for things to be developed.

Following are some of the benefits which you will be able to enjoy if you decide to install solar panels for your office space.

Solar installation numbers have gone up in the past few years. Though there’s room for a lot of improvement and innovations in this area which will help in taking the technology forward. If you’re on the lookout for a technique to make your business more environmentally friendly and reduce costs in the process, this is the option you should go for. However, one thing you must remember is that not every solar company is created equal so you’ll need to do your due diligence before opting for any one option. Once you’re sure about the experience and professionalism of the company you prefer, you too can step into the revolutionary world of solar technology. 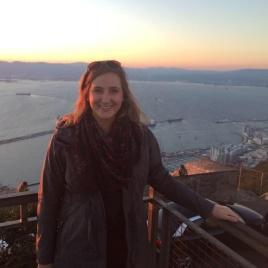 About Alycia Gordan
Alycia Gordan is a freelance writer. She loves to read and write article related to health and lifestyle, sometime on health-tech as well.  She is crazy about choclates and you can find her on Twitter: @meetalycia