Sustainability is key for the almond industry. Minturn Huller Co-Op, an almond hulling and shelling facility in Merced County, California, decided solar was the way to go to reduce energy costs while protecting the environment. 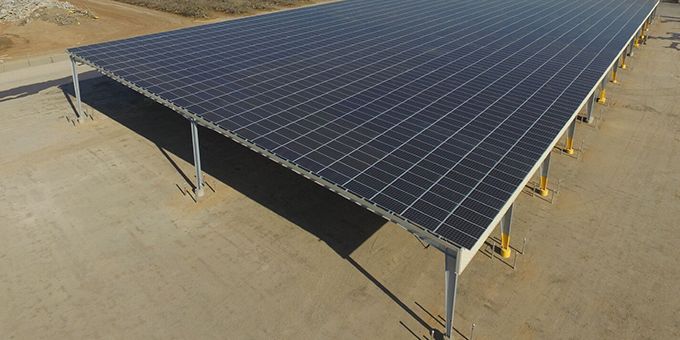 Reprinted with permission from SMA Inverted:

However, what do you do when the amount of energy production needed would require an array that is too large to fit on your existing building?

Well, Pickett Solar had the perfect answer for their client’s situation. They designed a 1.55 MW solar system consisting of a rooftop array and a solar support architecture, which not only provides structure for solar modules but also provides shade for their almond hulling trucks and trailers. 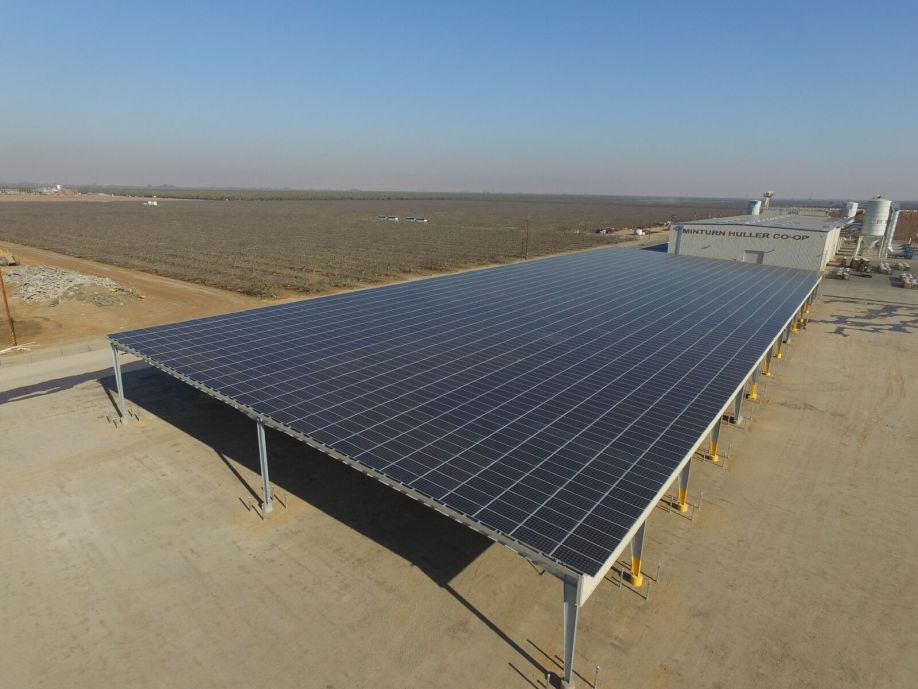 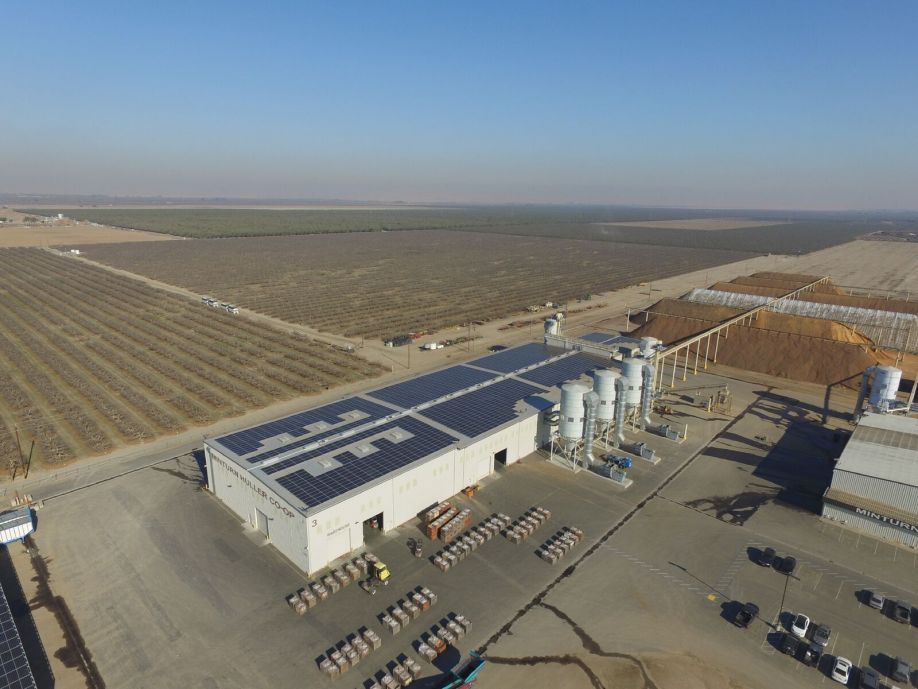 “We are always proud to partner with SMA because of the top quality of product, proven track record and customer service that is second to none!” said Mike Williams, project manager at Pickett Solar.