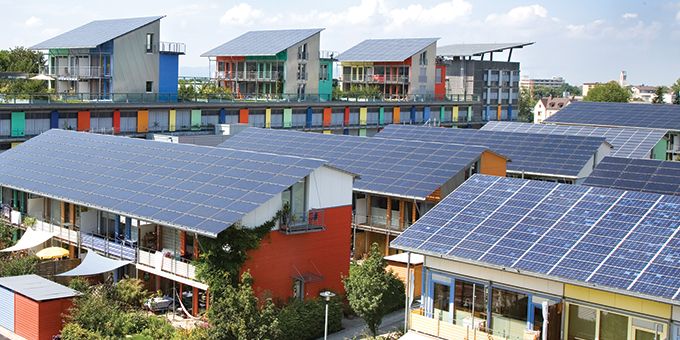 If you haven't heard of community microgrids, you soon will. These energy distribution formats have numerous benefits over the larger grid. While you likely have benefited from these grids indirectly, you probably haven’t encountered them daily. Why not? Sadly, before microgrids become widespread, they must overcome some serious drawbacks.

What Are Community Microgrids?

A microgrid reflects the larger energy distribution grid on a smaller level. Currently, the most frequent uses for these are with military bases, universities and hospitals that rely on a system to supply constant power to multiple buildings. Since they don’t depend entirely on the regional power grid, they can continue to supply power or backup power in the event of a disaster.

Community microgrids take the idea of a microgrid used at official facilities and apply it to a neighborhood. These allow for the construction of solar panels on one building to provide power for the surrounding area. A local storage unit holds extra power to distribute when it's cloudy or dark. Some microgrids use nonrenewable energy sources, but still produce and deliver electricity on a local level, keeping them microgrids.

Why Are Community Microgrids Popular Now?

Community microgrids are experiencing an increase in popularity. These power delivery systems address the needs of people who want cheaper, more reliable power. Microgrids also allow communities to use greener renewable energy sources with less worry about high delivery costs. In fact, when the Marcus Garvey Village in Brooklyn, N.Y., installed a microgrid, energy bills dropped by up to 20 percent.

Additionally, microgrids are now possible thanks to technology. The availability of smart technology is vital to making microgrids possible. This technology helps monitor and deliver appropriate amounts of electricity based on availability and need. Storage unit costs have also decreased to make microgrids fiscally reasonable. In the seven years from 2008 to 2015, large-scale grid batteries dropped in cost by 73 percent.

What Benefits Do They Offer?

While cost drops thanks to lowered delivery prices, microgrids also allow independent power in the event of a disaster. The purpose of a community microgrid, according to CarbonTRACK, is to "maximize energy self-reliance." With climate change increasing such weather catastrophes that disrupt regional power grids, microgrids become even more important. In 2017 alone, the United States experienced 16 weather-related incidents with individual losses of $1 billion or more. In total, the country lost $306 billion from these disasters. A neighborhood can switch from the grid to its microgrid to power its residents' homes, which can hasten recovery efforts.

Microgrids help overcome the limits of solar and wind power generation. In many places, there is not enough sunlight or space available to install solar panels or wind turbines to power an entire city. But a microgrid can use these sources to generate enough electricity for a few homes in a neighborhood. Additionally, the costs of installing such a system are decreasing, thanks to the availability of cheaper solar panels and storage options. With cheaper, more efficient renewable generation and batteries, microgrids could make the nation greener.

What Is Holding Community Microgrids Back?

With all the advantages of community microgrids, they still are not universal. Energy storage is a major problem. Though batteries have come down in price and increased in capacity, they are still lacking when it comes to meeting uneven demand. In the summer, energy use increases with more air conditioning use. Power demands also increase when people come home from work. For solar panels, afternoons can generate too much power that requires storage with an appropriately sized battery.

In just over a year, from the beginning of 2015 to the middle of 2016, the market for solar power increased by 24 percent. Though batteries are just now becoming cheap enough and have the necessary capacity for homeowners, they may still be too pricey for some communities interested in creating community microgrids.

Politics have also held back community microgrids. Before the Community Microgrids Initiative, local governments would have to conduct individual studies of the feasibility of establishing microgrids. This study and approval process could take years. With the initiative, though, the study time drops to months. Now community microgrids could come online much faster than in the past.

The Future of Energy Distribution

Energy distribution with microgrids allows communities to rely less on the aging national infrastructure grid. Future power-disrupting disasters will have a reduced effect on places with community microgrids, which would allow residents to begin recovery efforts sooner. Microgrids also make renewable energy sources more feasible. Thanks to microgrids, the planet can become cleaner as energy delivery gets greener and more reliable.