There's always the chance that you'll lose power after a storm, flood or another extreme weather event. With renewable energy, however, you have a better chance of having power even after such an event. 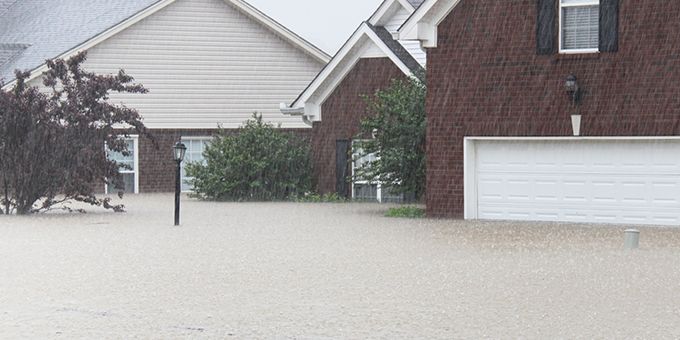 How Renewable Energy Can Be Used for Home Restoration

Storms, flooding fires and other incidents that cause damage to your home can be devastating. Home restoration can be expensive and can force you out of your home while it's being repaired. If your power goes out because of the storm or other event, this can make your situation even worse.

Renewable energy, however, can help make home restoration easier by ensuring you still have power after the incident. Renewables, such as solar power, have resiliency benefits both for individual homeowners and the electric grid in general.

During a severe storm, any number of components of the electric grid could get damaged. Power lines, utility poles, transformers and other essential equipment can go down, potentially causing blackouts. Losing power in your home after a damaging weather event can make restoration difficult.

Like any other equipment that's exposed to the elements, storms can damage solar systems. They are, however, built to withstand extreme weather and have proven that they can do so in various cases.

In May 2017, for example, the Denver area was hit with an unusually strong hail storm. The hail broke windows and dented cars. After the storm, National Renewable Energy Laboratory (NREL) staff went out to evaluate the damage to the lab's 2.5-megawatt solar system. They found that the hail had only broken one of the more than 3,000 panels. Solar panels are built to withstand hail. Typically, they're designed to withstand hail of up to one inch in size falling at approximately 50 miles per hour.

After Hurricane Maria struck Puerto Rico, the vast majority of the island lost power. However, a 645-kilowatt solar system on the roof of the VA Hospital in San Juan survived the storm and kept operating at 100 percent.

Will My Power Stay on in a Blackout?

So, if you have an off-grid solar system, there's a good chance you'll still have power even after a storm that causes blackouts in other areas. Most solar systems, however, are connected to the electric grid. These systems will automatically shut off if a blackout occurs to prevent them from sending electricity out into power lines that may be damaged. Sending energy to a damaged power line would be dangerous for the workers who repair them.

There are some ways to keep a grid-connected solar system running even during a blackout. One option is to buy a battery bank, which your solar panels will charge when they produce excess energy. Then, if your solar panels turn off, you can use the power in the battery to run your home.

You can also use a special inverter called a Sunny Boy. This inverter lets you switch from being grid-connected to running purely off of your home solar system. You won't get as much power as you would normally, but it may be enough to meet your basic electricity needs.

What Should I Do If My Power Goes Out?

If you have an off-the-grid solar system and it stays on after a storm, you can start any home restoration work without having to worry about restoring power first. Just make sure you shut off the power to your home before going into a flooded basement or other room, as submerged electrical equipment is a serious electrocution hazard. You may still want to have a professional inspect your panels for damage at a later time. If you suspect any damage, don't go near your solar module, as damaged solar systems can present an electrocution hazard. If your off-grid system shuts off, you know your solar system took some damage. Again, have a professional look at them.

If you have a grid-connected array and your power goes off, your system may or may not be damaged. If blackouts occurred in your area, they shut off automatically. If your solar panels aren't damaged, you'll have to wait for the power to come back on unless you have a battery or an inverter that lets you switch to pure solar. If your panels did get damaged, stay away from them and have a professional take a look when you can.

There's always the chance that you'll lose power after a storm, flood or another extreme weather event. With renewable energy, however, you have a better chance of having power even after such an event. If you do, this will make your home restoration efforts much easier.