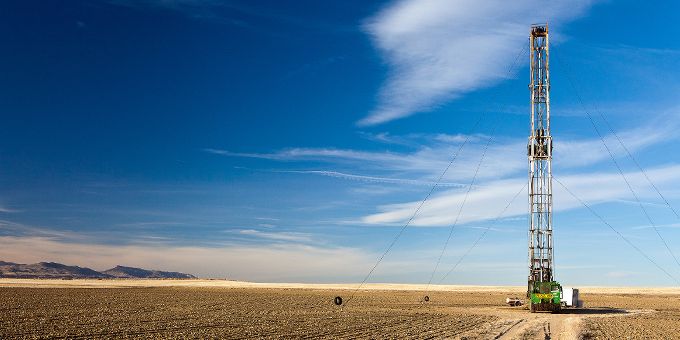 Both renewables and fracking have been enjoying increasing prominence over the last few years. Renewable energy technologies have improved and become significantly cheaper, leading to increased usage. Solar, for example, has seen average annual growth of 50% over the last decade. Meanwhile, the use of hydraulic fracturing, commonly called fracking, has increased dramatically with approximately 13,000 new wells coming online every year. This has unlocked huge amounts of previously inaccessible natural gas, bringing the price of the fuel down significantly.

There are several big differences, however, between renewables and fracked natural gas, not the least of which is their environmental impact. Fracking is controversial, largely due to its potential impacts on health and the environment.

For years, people have been raising concerns that fracking could pollute drinking water. In 2016, the U.S. Environmental Protection Agency released a report that found that this can happen under certain circumstances. Fracking always requires large amounts of water to be pumped into the ground, which is a concern in areas with water scarcity issues. Of course, using natural gas for energy — either directly or to generate electricity — also releases greenhouse gas (GHG) emissions. While natural gas has lower GHG emissions than coal, but concerns have been raised about methane and natural gas leaks from fracking wells.

Using most forms of renewable energy, however, does not result in any greenhouse gas emissions. Solar and wind have zero emissions. Hydropower can lead to methane emissions but are typically cleaner than coal and natural gas. Burning biofuels leads to emissions, but they burn cleaner than fossil fuels and, with proper management, can lead to overall reductions in emissions.

Another cost-related factor to consider is price stability. The cost of natural gas fluctuates, and as we continue to frack natural gas, we'll start to use up the more readily available resources. As we move to resources that are harder to access, the cost may increase. Eventually, natural gas reserves will run out completely, although it would likely take a very long time for this to occur.

Renewable energy technologies like wind and solar, meanwhile, don't require any fuel so the prices of wind and solar electricity are more stable. We'll also never run out of renewable resources.

Another common argument for fracking is the fact that it creates jobs and boosts local economies. This is certainly a valid argument. According to the U.S. Chamber of Commerce's 21st Century Energy Institute, the fracking boom has created 1.7 million jobs and will have created a total of 3.5 million by 2035. Some landowners have also benefited from royalty payments for the shale deposits underneath their land.

Renewable energy has many of the same benefits. The U.S. has approximately 800,000 renewable energy jobs, and data from the Bureau of Labor Statistics shows that jobs for solar photovoltaic installers and wind turbine service technicians are growing twice as fast as any other occupation. Some landowners also benefit from leasing land to energy companies to install wind turbines.

Both fracking and renewables also support the goal of energy independence, reducing America's dependence on foreign countries for our energy.

One challenge associated with some kinds of renewables is intermittency. Natural gas plants have a steady supply of fuel and can be cycled on and off as needed. Some renewable energy resources, such as geothermal and biofuels, have these same qualities. Solar energy, however, is only available when the sun is shining. Likewise, wind energy is only available when the wind is blowing. This creates challenges in managing the energy grid.

Battery technologies, which enable you to store energy from wind and solar and dispatch it as needed, are helping to remove this barrier. Battery technologies are improving and becoming more affordable, meaning this challenge is likely to be less of an issue in the years to come.

What the energy mix will look like in the future depends on many different factors including technological improvements, fuel costs, the political landscape and the state of the environment. It seems likely, though, that as time goes on renewable energy will replace more fossil fuel generation, such as the natural gas generation that fracking enables. For now though and perhaps for a considerable amount of time moving forward, renewables and natural gas will likely continue to support each other in the fuel mix. To what extent one will win out over the other remains to be seen.