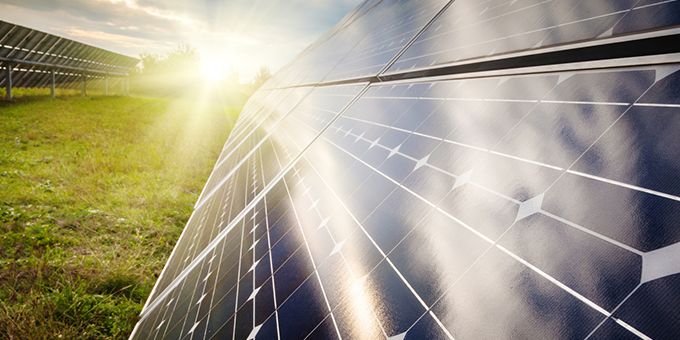 How to Design a Solar Power System

Before you start designing a solar power system, you need to take two key points into account: power usage and the usable sun hours that the building receives.

The power usage statistic will depend on whether the building is going to be entirely off the grid, or if solar energy is only used to supplement the facility's power supply. Larger solar systems are necessary in order to disconnect a building entirely from the local city power grid.

Usable sun hours determine how much power a solar system can generate. Not every building gets enough sunlight to warrant installing a set of solar panels. Some tools exist for consumers to determine how many usable sun hours their home or building receives during an average year, such as Google Sunroof, but for professional installers, satellite photos of the target building provide better data.

Unfortunately, exposure to crystalline silica is known to cause health problems from lung cancer and kidney disease to COPD and silicosis. In 2018, OSHA change the rules regarding workers who work with and around respirable silica particles that could cause these conditions.

When solar panels are cut, the workers are exposed to breathable silica particles, which means new safety protocols must be in place for anyone who works with or around crystalline silicon. Medical exams are required for workers that wear a respirator for more than 30 days a year, as well as restricting housekeeping to reduce silica exposure.

Solar panels generate DC or direct current energy. In order to utilize that energy in an American home, which runs on AC power, an energy converter is necessary. A converter can act as a transition point to convert the DC power coming from the solar panels or the home's battery system, to usable 110 or 240 volt AC power.

The power converter has to be large enough to convert enough energy to support everything that will be plugged into it. A small converter won't be able to power everything, simply because it can't change the energy from DC to AC quickly enough. It's like trying to move gallons of water through a straw — it's possible, but it will take a while to complete the job.

While solar panels are capable of providing all the power that a home or building needs on a sunny day, it doesn't shine all the time. Cloudy days and nighttime hours make it harder or even impossible for the system to produce power. A battery backup is essential for facilities that are totally off the grid, because they can't just switch back to city power if when the sun goes down.

Solar batteries are expensive but if anyone wants to take their home or building completely off the grid, instead of just using solar energy to offset their power costs, a solar battery should be included in the budget calculations.

Much of a solar system maintenance will fall to the customer, but it's important to educate them on what they need to do to take care of their solar panels. It won't take more than a few minutes, but it could save you a lot of unnecessary service calls in the future.

Thankfully, most modern solar panels don't need a lot of maintenance. They're designed to withstand everything mother nature can throw at them. You will be responsible for maintenance if your customer is leasing the panels though, so keep that in mind.

With the green movement taking off, and things like the Green New Deal making their way through legislation, solar power will continue to grow. Green energy is ready to go, whenever politicians and businesses owners decided that they're willing to make that transition. Solar panels are not complicated, but there are a number of things that need to be considered during and after installation.

The most important thing to remember is to be careful when cutting or working with crystalline silicon to ensure that workers and customers aren't being exposed to dangerous silica dust. Study the OSHA guidelines thoroughly to make sure that everyone is safe when installing solar panels