Tell us about Outback Power and your role with the company.

OutBack Power has been at the forefront of battery-based inverters and charge controllers since the early 2000’s and was among the first companies to introduce grid-hybrid inverters for solar-powered backup. These days, we’re applying that experience to enable people to manage the new utility rates, while still providing the most robust backup available.

As the Director of Product and Market Strategy, my job is to make sure that we’re staying ahead of the changing needs of our installers and end-users.

In California now and many other states Energy providers are putting on new time-of-use electric rates where the most expensive power is in the evening. This along with increasing power outages be it storms or wildfire prevention have put home energy storage in the forefront.  How is Outback Power addressing this demand?

We actually started offering time-of-use features on the Radian about 5 years ago and we’ve been very active in Hawaii where you’re not allowed to export power to the grid, so these aren’t new problems for us. We’ve also done a lot of the trailblazing for battery backup. In places such as Haiti or parts of Africa where the grid is turned off most nights, we provided systems that would charge batteries from the grid and then the clinic or school or business would run from battery power until the grid came back up the next day. This was back when PV modules were more expensive than batteries – now nearly everyone uses PV to charge a smaller battery bank.

Any of our battery inverter systems can be used to provide backup and most of them can be set up to simultaneously provide some time-of-use or self-consumption rate optimization.  What you do is program the system to charge the battery from any surplus PV power during the day, then make that energy available in the evening when power is more expensive. The bigger the difference between peak and off-peak rates, the faster the battery pays for itself. The thing people actually want is backup, but when you tell them that the backup system can pay for itself by saving them money on their electric bill – it becomes a fantastic value proposition.

What are the advantages of a solar installer offering energy storage systems with their PV installs?

The biggest advantage of offering batteries is that you don’t have to turn customers away when they ask for backup – and they will since people are waking up to the fact that more extreme weather and an aging grid is a recipe for more frequent, longer outages. PG&E has already had more than one and the fire season just started.

The most often overlooked advantage is that adding storage increases your scope of sale. Installers who’ve been in the business a while have seen average job value drop by nearly half – but your acquisition cost for that sale probably isn’t much lower in absolute terms. In most cases, we can train your existing PV installation crews to handle batteries as well – so you don’t need to go out and hire more tradesmen just to do batteries, but the ones you’ve got are on bigger jobs and your profit per sale will show it. 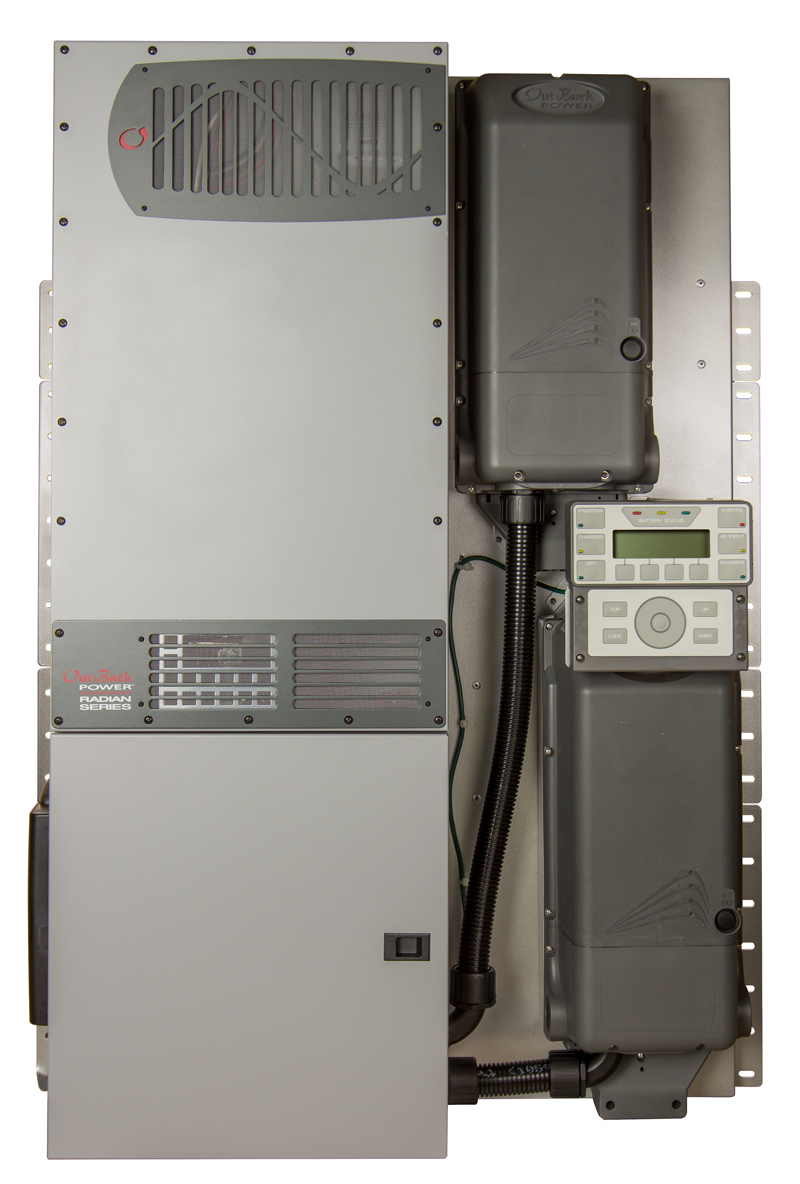 Finally, a grid-tied PV system without storage is so 2017… Customers that get storage systems are often much more excited to show them off to their neighbors; and when those neighbors see the house lit up during a long blackout, they are sure to get the chance to talk about their system and who installed it for them. A good referral program can really goose sales this way.

What are some of the challenges they may face?

There’s no question that batteries can make the sales and installation process more complicated, which is the primary reason some companies choose to defer energy storage sales. The system is going to be more expensive and it can be difficult to quantify the value of backup compared to the rate savings. Additionally, you often need to work with the homeowner to determine which loads will be backed up and which will not – then move the loads you’ve decided to back up to a subpanel, which can add significant hours to the job. I think the benefits of offering batteries is more than worth it, but each installation business needs to make that call for themselves.

Does the type of battery make any difference? If so, how to choose the right kind?

Most folks are aware of lithium-ion and lead-acid batteries, but not only is there rich variety within those classifications, many completely different chemistries are out there as well. For residential scale solutions though, lithium-ion and valve-regulated lead-acid (VRLA) are going to be the most relevant. In general, lithium-ion batteries make sense when they will be cycled every day throughout the year – many lithium-ion batteries will lose capacity faster if they are kept fully charged all the time. VRLA batteries are typically the best for backup and similar applications where they will be cycled less frequently and spend most of their time fully charged.

There are about half a dozen popular lithium-ion chemistries used for residential energy storage and countless ways each of them are implemented. Most of the batteries that are specifically designed for stationary power fall into the lithium-iron category, such as Simpliphi, Discover and Murata’s Fortillion batteries. These batteries generally have a lower risk for thermal runaway and often better cycle life. Most of the batteries coming from the EV industry, such as Tesla, LG and Panasonic, use manganese and cobalt to achieve low cost and high energy density. They aren’t really optimized for stationary power in the home, but at roughly half the cost of lithium-iron batteries, most people still choose them. Regardless of brand or chemistry, it’s important to be sure that any lithium-ion battery have a UL 1973 listing or is part of a UL 9540 listed energy storage system. This is the easiest way to ensure safety and many building codes require these listings.

VRLA batteries are mostly either gel or absorbed glass mat (AGM) which refers to how the electrolyte is stored within the cells. AGM is by far the most popular for residential use and is available with different electrode (plate) compositions that can dramatically change the performance characteristics. Pure lead plate AGM batteries typically have higher current limits for charge and discharge compared to lead-antimony plates, which are sturdier and can provide more cycle life. Adding carbon to the plates can further increase battery life by slowing the formation of lead-sulphite crystals during discharge – one of the chief causes of capacity loss. These technologies are pretty similar cost-wise, so it typically comes down to which battery meets the need of the application.

Outback Power has been a pioneer in Off Grid power, how has the company used this experience to now be a leader in Solar + Storage for grid connected homes?

OutBack has been building battery power electronics for nearly two decades now and our products have been used extensively off grid where it’s very obvious when something goes wrong. We have also deployed grid interactive inverters in just about every major grid on the planet and some of them are more challenging than others… As a manufacturer, you learn a lot about batteries, electronics and human behavior in applications like these. We bring those lessons forward with each new product and apply them to the current energy storage applications, like self-consumption and ToU optimization.

What do you feel is the biggest barrier holding Solar + Storage from becoming common in homes today?

Honestly, I think too many sales people in the solar industry have convinced themselves that customers are only interested in financial returns. That may be true for some commercial customers, but most homeowners want backup for non-financial reasons. You’ve got to lead with the comfort and security that a backup system provides then say, “oh yeah, this system can also save you money on your electric bills.”