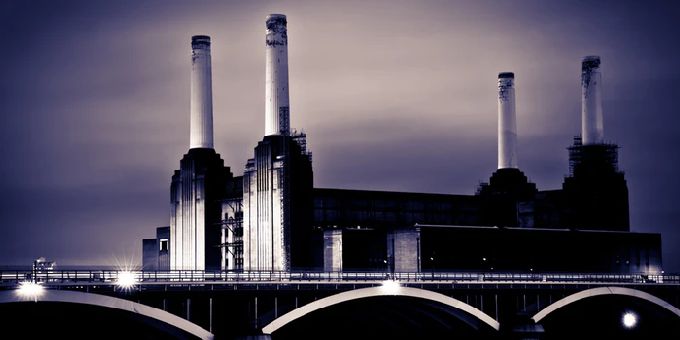 As technology continues to advance across global industries, robotics holds the key to increased accuracy, precision, and cost savings. But robotics may also play an important role in the realm of energy sustainability. This is especially true when one considers the environmental benefits of automation.

As early as 2011, researchers postulated the ways in which robotics could assist with sustainable development. While acknowledging that “industrial robotics is often associated with an unsustainable economic model,” researchers Guido Bugmann and Mel Siegel concluded that the industry also provides qualitative benefits towards sustainability. Further, they found that robotics is a useful tool for waste reduction, increasing food production yields, and managing alternative power generation units.

Nearly a decade later, we are beginning to see the fruits of sustainable robotic assistance in numerous industries, from agriculture to energy production. So what does the future hold for the continued pairing of robotics and sustainability?

Robotics and the “Green” Movement

Let’s explore the ways in which robotics is used in the alternative energy sector. Among sustainable energy sources, solar power tends to get the most press, even though it only makes up about 1.5% of the total electricity generated in the U.S., according to the U.S. Energy Information Administration (EIA). The most productive renewable energy sources, in fact, are hydropower and wind power.

Nonetheless, it is in the realm of solar energy that robotic assistance may prove the most beneficial. For starters, the solar energy generation process can be automated, and therefore streamlined, with help from robotics. Robots can also perform integral tasks that are dangerous for humans, such as removing dust from solar cells. The job of dust removal is integral to the maximum output of solar energy systems, especially in dust-prone regions like Africa and America’s desert Southwest.

Eliminating dangerous jobs, in fact, is a key element in the future of robotics and robotic process automation. Robotic assistance has already begun to replace a number of high-risk jobs, such as assembly line and manufacturing jobs, and medical lab technicians. Jobs in the alternative energy sector may just be the next industry on the robotic assistance radar.

Integrating robotics into the alternative energy industry comes with a number of challenges. One of the largest is the current power grid itself, primarily designed to transport energy from large power plants running off of “dirty” sources such as natural gas and coal. Thus, the majority of the U.S. power grid is outdated and in serious need of an overhaul before alternative energy can be truly integrated as a viable source of power.

Scientists agree that new approaches to power grid design are necessary to propel the energy industry into the future. And so-called smart power grids may provide the answer, by integrating various renewable energy sources and helping utility companies to reduce outages. In order to achieve greater efficiency and sustainability, AI and automation are necessary components in the greater picture of energy efficiency.

Robotic assistance may also help preserve natural resources while improving efficiency. For example, in response to the threat to salmon populations at dams in the Pacific Northwest, the Pacific Northwest National Laboratory (PNNL) has taken an innovative approach. The PNNL introduced small devices, dubbed “sensor fish,” into waterways surrounding dams in the region.

Once submerged, the robotic sensor fish then collect data such as water pressure and orientation. It is hoped that the information gathered by sensor fish “can help dam engineers and operators design and manage hydropower plants in a more fish-friendly manner,” writes GeekWire.

This is an important consideration, as hydroelectricity is the most prominent renewable energy source in the U.S., generating 44% of the nation’s renewable energy. America’s largest hydroelectric dam is the Grand Coulee Dam, on the Columbia River, and sensor fish likely swim in its waters. In this way, robotic assistance may serve as a catalyst to the more mindful and eco-friendly construction and operation of hydropower plants.

Can Robotics Live Up to the Hype?

Of course, hydropower is only a small piece of the overall snapshot of energy sustainability. As we have seen, smart power grids may keep some of the guesswork out of the power grid, reducing outages and providing customers with real-time info about their energy consumption habits.

And without automation, this type of innovation wouldn’t be possible. As such, the field of robotic process automation (RPA) has streamlined a number of industries, serving as the predecessor to automation. In 2020 and beyond, robotic assistance is moving beyond RPA and can help fuel the push for widespread energy sustainability. It may even provide a solution to combating the effects of climate change.

The majority of Americans agree that climate change is real, and it is causing great harm to the planet’s ecosystems as well as human health. What’s more, approximately 8 in 10 U.S. citizens agree that “human activity is fueling climate change,” reports the Washington Post. But counteracting that change may take more than simple human intervention — the robotics industry is ready for action, and ultimately poised at the helm of the sustainability movement.

About Jori Hamilton
Jori is an experienced freelance writer from the Northwestern U.S. She covers a wide range of subjects but takes a particular interest in covering topics related to Technology, Artificial Intelligence, Machine Learning, and Cybersecurity.