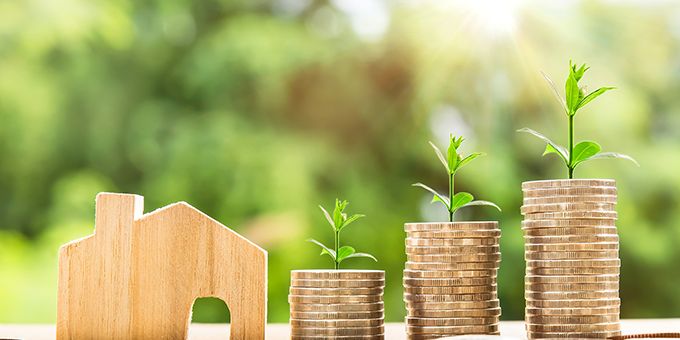 What is the Investment Tax Credit step-down?

The solar investment tax credit first came into being through the Energy Policy Act of 2005. Originally, this was a 30 percent tax credit that would apply to solar investments for projects placed in service between January 1, 2006 and December 31, 2007. There were several different extensions that allowed developers to count on having the full 30 percent ITC through the end of 2019, with the step-down of the credit beginning with the start of 2020.

One notable change came with the Omnibus Appropriations Act in 2015. Before this act, a solar project developer would only qualify for the tax credit if their project was placed in service before the ITC ended. Under the new standard for qualification, solar project development only needs to have reached a “commenced construction” stage to be able to qualify for the ITC, as long as the project is completed by the end of 2023.

A step-down schedule is now in effect to gradually reduce the percentage given on the basis for the solar investment tax credit. The basis is the amount that the investor pays for equipment and other solar project development costs. Through the end of 2019, the ITC given was thirty percent of a project’s basis. Yet the first step down comes this year, with only twenty-six percent of the basis being given on projects that commence construction in 2020. In 2021, this goes down to twenty-two percent and in 2022, the ITC completely goes away for residential projects while the ITC remains for commercial solar projects at ten percent of the investment basis.

The solar ITC has provided quite an important boost to the solar industry by reducing the costs of solar project development. The step-down may therefore have a very large impact on future solar project development, as developers have to adjust to the loss of what the solar ITC provides. Losing the investment tax credit through a step-down means that the solar industry has time to adjust, but it still has the possibility of being a very impactful change.

The solar ITC has made investing in solar project development feasible for many. It has helped homeowners make the upgrade to residential solar as well as benefited companies such as 7X Energy and the solar energy industry as a whole. Without the support of the ITC, many solar energy developers may struggle with the costs of solar project investment. As we come to the end of the ITC being in effect with the current step-down, we may see a slow down in the clean energy transition.

Proactive Measures for the ITC step-down

Understanding the resulting consequences of the solar ITC step-down, some leading developers, like 7X Energy (7X), thought ahead in order to minimize the damage. Their proactive measure to safe harbor inverters ahead of the step-down will ensure their projects will realize the full 30 percent ITC. 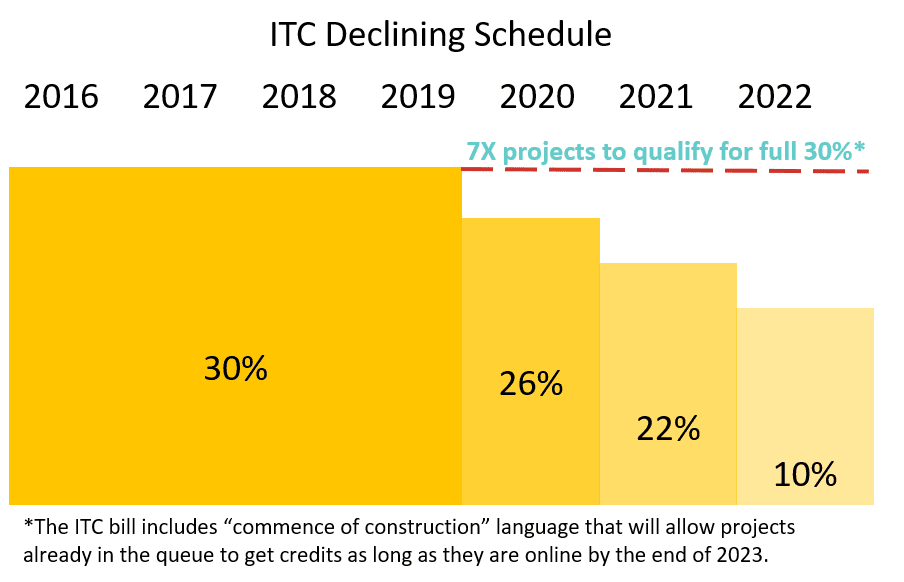 The safe harboring of inverters allows 7X to keep the full 30 percent by taking advantage of “commence of construction” language within the ITC bill that allows projects already in the queue to get credits as long as they are online by the end of 2023. By purchasing either panels or inverters, those behind the investment in solar project development could reach the five percent amount specified by the IRS for qualification of the ITC percentage in the year of this purchase. 7X Energy made the decision to purchase inverters as they are less prone to price volatility and they are “storage ready”, thus enabling solar+storage options.