Solar PV systems aren’t consistently efficient, with many hardly surpassing 20 per cent efficiency. Increasing the capability of solar PV systems is essential if we’re to incorporate more solar energy into the grid. 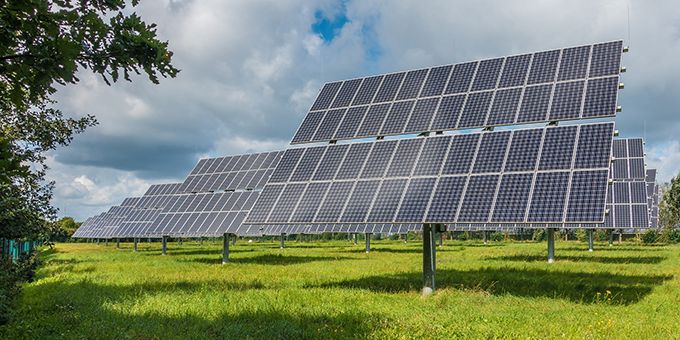 Solar photovoltaic (PV) systems offer many power advantages; they’re easy and quick to install, scalable and can be deployed in a variety of locations. Solar PV systems can be installed in large solar farms, as well as residential and commercial buildings. Once installed, its fuel for generation, the sun’s energy, is free.

However, solar PV systems aren’t consistently efficient, with many hardly surpassing 20 per cent efficiency. This productivity is low compared to wind turbines, which can have efficiency of between 30 to 50 per cent. Increasing the capability of solar PV systems is essential if we’re to incorporate more solar energy into the grid.

Solar panels made from silicon account for around 90 per cent of the market. The first practical silicon solar cells were developed in the 1950s, but now researchers are turning their attention to other materials, as silicon development is reaching its efficiency limit.

A recent area of research in solar power efficiency is perovskite technology. The sun’s energy is a solar spectrum of different electromagnetic wavelengths, which can be grouped into UV, visible and infrared light. The shorter the wavelength, the more energy it has. Perovskite is a crystal material that is able to absorb shorter wavelengths of the solar spectrum than silicon, particularly the high energy blue band of visible light.

Oxford PV are leaders in perovskite technology, claiming that their application of a thin layer of perovskite to standard silicon solar cells has the potential to increase electricity generation by a third. The resulting perovskite-on-silicon tandem solar cells can generate more power per square metre, increasing efficiency to 28 per cent.

Perovskite technology is still in the development stage, but Oxford PV are building the world’s first volume manufacturing line for perovskite-on-silicon tandem solar cells, which they hope to be fully operational by the end of the year. But while such materials innovations remain under development, there are other technologies that can help boost solar PV panel efficiency.

An existing method that can boost the yield of solar panels is solar tracking. Solar tracking systems move panels so that they are always directly orientated to the sun for maximum efficiency. This way, the panels generate a more consistent flow of energy, without dramatically peaking at high sunshine points such as midday or in summer.

The systems can be used in ground-mounted solar panels, such as solar farms for large-scale commercial or utility projects. The movements can be controlled by a pre-programmed path based on astronomic predictions, or they can use solar radiation sensors to detect and react to the sun’s live position. The tracking system can be single axis or dual axis.

Single axis systems move the panels through only one plane, usually from north to south to track the sun rise and set. Dual axis systems can move in this direction, but also in another plane, making them bidirectional. This allows the solar panels to also be tilted from east to west to account for seasonal variations in the sun’s angle relative to the panel’s position on Earth.

Solar trackers can increase average solar panel power output by up to 35 per cent, and efficiency can be maximised by incorporating a dynamic braking resistor.

Tracking systems use electric motors to alter their position. Here, braking resistors can ensure that the panels stop moving when required by dissipating excess voltage generated by the decelerating motor. This ensures the panel doesn’t overshoot its movement and land in a sub-optimal orientation to the sun.

Maintaining solar panels’ condition also plays a vital role in their efficiency. Here, resistors can also be used when installing solar panels or disconnecting them for maintenance. Regardless of whether solar panels are connected to the grid, they continue to generate electricity. Here, dummy load resistors can dissipate excess generated energy into the environment as heat to prevent the solar panel from becoming overloaded. Damage from overloading can lower the running efficiency of the solar PV system.

Cressall has over 100 years’ experience in electrical engineering, and supplies solutions to the solar power industry. Our wide range of high power dummy load banks are suitable for solar PV systems and can meet low noise requirements. We also supply dynamic braking systems for tracking systems to accurately orientate solar PV panels to the sun, and put any wasted braking energy back into the system to maximise efficiency.

Oxford PV’s perovskite technology promises to significantly increase the efficiency of solar PV panels, and may be widely available as soon as next year. In the meantime, and to support future innovations, solar tracking systems, along with dynamic braking systems and dummy load bank resistors, can improve solar panel efficiency — helping to incorporate more renewable solar energy into the grid.