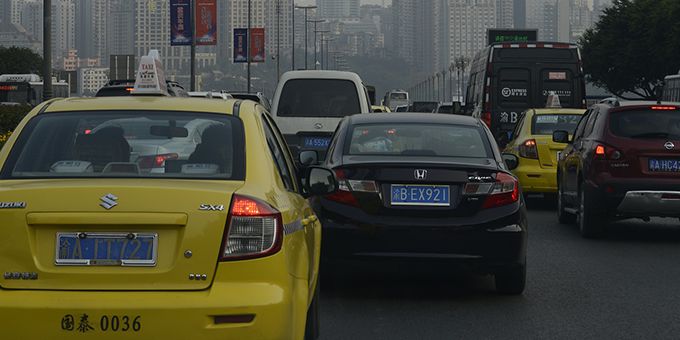 The United States has started to realize that China could dominate the future of transportation—electric transportation—if it does not counter the current Chinese influence over critical parts of the EV supply chain, from battery metals sourcing and processing to battery manufacturing.

China is the world's top EV market, and the government is looking to have new energy vehicle (NEV) sales at up to 25 percent of all sales by 2025, although it is not looking to ban sales of new gasoline-powered vehicles anytime soon.

Having supported EV manufacturers and sales over the past few years, Beijing now looks to expand its presence outside China.

"Over the next five years we anticipate Chinese players across the EV supply chain to aggressively enter the overseas market," UBS said in a note last week, as carried by CNBC. "We believe China materials costs are lower than the overseas market. If this advantage can sustain, China could realize a cost advantage over ex-China players," according to UBS analysts.

Chinese EV brands are set to challenge Tesla and the western automakers outside China, while Beijing's dominance in the supply chain is of great concern for U.S. energy security policy experts, as well as to the White House.

U.S. President Donald Trump declared last month a national emergency to deal with the threat that America's dependence on critical minerals, especially on China, poses to national security and the U.S. economy.

"Our dependence on one country, the People's Republic of China (China), for multiple critical minerals is particularly concerning. The United States now imports 80 percent of its rare earth elements directly from China, with portions of the remainder indirectly sourced from China through other countries," President Trump's executive order said.

China controls a large part of the EV supply chain, analysts say. It is a common misconception that China holds most of the natural resources—in fact, 23 percent of global supply of all battery raw materials comes from China, according to Benchmark Mineral Intelligence. However, China dominates chemical production of battery-grade raw materials with a whopping 80 percent of total global production. China will host a total of 101 lithium-ion battery plants currently planned or under construction to 2029 out of all 136 plants planned globally by that date, Benchmark Mineral Intelligence said.

"The next decade will be particularly interesting as Europe and the U.S. try to create their own battery champions to challenge Asian incumbents who are already building capacity in both places. While Europe is launching initiatives to capture more of the raw material value chain, the U.S. is slower to react on this," said James Frith, BNEF's head of energy storage.

China's push to adopt EVs and support its electric car manufacturing and supply chain industries is not only the result of clean air policies.

"By committing to adopt EVs that reduce its dependence on oil, Beijing would make itself less vulnerable if tensions between the United States and China were to increase. In addition, EVs create opportunities for Chinese companies to benefit from a growing EV industry, and gain global recognition and credibility by developing sophisticated technology at a low cost," U.S. advocacy group Securing America's Future Energy (SAFE) said in a report in September.

The U.S. and its partners need to develop a supply chain of critical minerals less dependent on China to counter Beijing's dominance, General James Conway and Peter Ackerman, members of SAFE's Energy Security Leadership Council, wrote in an op-ed in the Financial Times last week.

"We risk a scenario in which we swap our dependence on a chaotic oil market dominated by Opec countries that do not share our strategic goals, for a reliance on China for our future transportation needs," the authors wrote.