The EU’s proposed sustainability legislation poses hydrogen manufacturers a problem – if grid electricity is used in production, it will not be considered green. So, what’s the solution? Here, we consider wave power as an off grid alternative 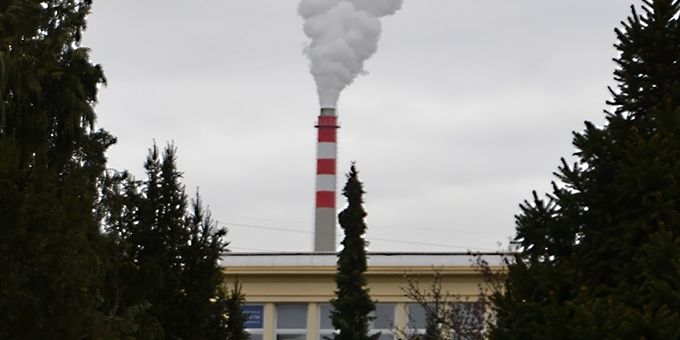 The climate crisis is all around us.

There is more carbon dioxide in our atmosphere right now than at any previous point in human history. Global temperatures are warming as a result, the effects of which are both alarming and widespread.

Indonesia, for instance, recently announced plans to search for a new capital city with almost half of Jakarta sitting below sea level. Oceans globally have been rising at the fastest rate in 3,000 years as polar ice caps continue to melt, causing the already overcrowded city to sink roughly 25 centimetres every year.

At the same time, average wildlife populations around the world have dropped 60 percent in little over 40 years, owing to deforestation and fundamental habitat changes to ecosystems such as unpredictable weather patterns. The 2010s were the hottest decade on record, evidenced by 2019 which saw 99 tropical storms and 6.7 million people being displaced from their homes because of the rise in the number of natural disasters.

Statistics like these speak for themselves – climate change is no longer a problem that can be ignored and, without serious action, the world as we know it will be fundamentally altered for the worse.

Thankfully, climate consciousness is growing and ignorance, in most cases, has not been deemed bliss.

Since the adoption of the landmark Paris Agreement in 2015, momentum in the fight against global warming has been building. Thousands of the world’s leading companies and governments have pledged to reach climate neutrality in the not-so-distant future, fossil fuel investments are frequently being swept aside by benign alternatives, and technological advancements have made renewable energy solutions more financially viable and attainable than ever before.

The tide is clearly turning, and the European Union’s plans to introduce a sustainable finance taxonomy is the latest in a long line of strides towards a cleaner future.

Proposed by the EU Technical Expert Group on Finance (EU TEG), the goal of the sustainable finance taxonomy is to make the EU’s climate targets more practical and attainable.

In the words of KPMG, the legislation will introduce a classification system that enables the categorisation of economic activities and sectors that play key roles in climate change mitigation and adaption. In essence, it will help steer private capital towards activities that provide long term environmental benefit.

There will, of course, be significant implications should it be instated – a significant reason as to why the proposal has been shrouded by some degree of controversy.

In a recent letter sent to EU climate chief Frans Timmermans, a coalition of electricity firms and industrialists expressed their concerns about the specific level at which the emission threshold may be set.

Why? Well, as it stands the draft threshold would deem hydrogen produced from grid electricity not green, even in countries which have a low carbon-intensive electricity mix such as France and Nordic countries – examples cited by the coalition.

“The signatories are concerned that the currently proposed criterion of 2.256 kgCO2eq/kgH2 largely pre-empts the regulatory debate to take place with respect to the EU hydrogen framework and undermines the EU leadership ambition whilst unnecessarily limiting business options compatible with Paris-aligned business trajectories.”

Yet, to reiterate, the goal of taxonomy is to channel private capital investment towards environmentally sustainable activities.

The global growth of sustainable investing and of funds with an environmental, social and governance (ESG) mandate means there is an ever-increasing pool of finances available for investment targets that meet sustainability criteria. In early 2020, the International Institute for Sustainable Development (IISD) predicted that by 2025 there would be over $80 trillion of global assets with an ESG mandate, up from $30 trillion in 2018.

Technologies and projects which can clearly show they meet its criteria will be more easily able to attract such financing – both public and private. Meanwhile, some projects which are currently labelled as sustainable will be shown to not meet the criteria, and funds may shift across to other projects which do fit under the threshold.

In the case of the companies using electricity from the power grid in the production of hydrogen, the disadvantages are clear.

The draft legislation sets out a lifecycle GHG emissions savings reduction of 80% relative to a fossil fuel comparator of 338 g CO2e/kWh. Therefore, considering a plant efficiency of 75% (and the Lower Heating Value of hydrogen), the carbon intensity of the electricity produced and used for hydrogen manufacturing needs to be under 50.8 g CO2e/kWh – a level not normally achievable if grid electricity is used (given the current carbon intensity of many of Europe’s electricity grids).

Grid electricity is not the only option for hydrogen manufacture, however. There are a growing number of alternative and viable sources of electricity which may be used.

Typically wind and solar power spring to mind when we talk about sustainable energy, our imaginations captured by wind turbines and photovoltaic panels. But there is a lesser-known energy source that has vast and permanent potential: waves.

Wave energy is a market with immense opportunity and for which a compelling case can be made. In the UK, the government has estimated that ocean energy has the potential to cater to 20 percent of the country’s entire electricity requirements, equating to an installed capacity of between 30 and 50 gigawatts.

Wave energy sources are low impact, with a recent study assessing the life cycle of a wave energy converter revealing this to be 33.8 gCO2eq/kWh. Thus, even when combined with other forms of intermittent renewable generation to supply green hydrogen process, the resulting lifecycle GHG emissions fall within the requirement of 2.256 tCO2e/tH2 as set out in the draft legislation.

The questions many hydrogen manufacturers will be asking are going to focus on accessibility and feasibility – does it make sense commercially to harness off-grid electricity, such as wave energy?

Here, it is worth considering the levelized cost of electricity (LCOE).

LCOE is a way to holistically measure the costs (and the timeline of those costs) that go into the production of electricity, when levelized over the lifetime of the plant. This provides an estimate of the revenue required during the lifetime of the generator to cover its costs, and therefore the tariff level which is breakeven for the owner.

So, how does wave energy shape up?

Therefore, one can state with confidence in answer to the questions of commercial viability, that the return on investment is clear to see. And wave energy systems can provide additional benefits too.

Let’s take WaveRoller – a device that converts ocean wave energy to electricity – as an example. When integrated with a solar-powered green hydrogen plant, it can lead to an electrolyser capacity factor of 60% and a halving of total product costs, while requiring just a third of the land area for the same production.

Utilising it as a complementary solution to solar power production is key. While solar power is extremely valuable, it is entirely reliant on the sun hitting the solar panels. Therefore, it is limited to daytime operation and impacted by the cloud situation. WaveRoller, meanwhile, can maintain production through the night which can help to avoid process shutdowns, supplement seasonal changes and smooth sudden swings in power.

Further, WaveRoller can also enable water desalination. In arid regions, the renewable power not harnessed by the electrolysers can be used for freshwater production, supporting the climate resilience and sustainability goals of local communities.

Indeed, wave energy remains a novel power generation method. Yet, it is an ideal candidate and enabling technology that will ensure that hydrogen manufacturers meet the criteria outlined by the EU’s sustainable finance taxonomy.

Sustainability legislation will only continue to tighten. Whether the taxonomy is passed as it stands, is tweaked, or rebuffed, it will only be a matter of time before the next hike in requirements is introduced as climate change countermeasures ramp up. Early adoption of off-grid energy is, therefore, worth serious consideration.