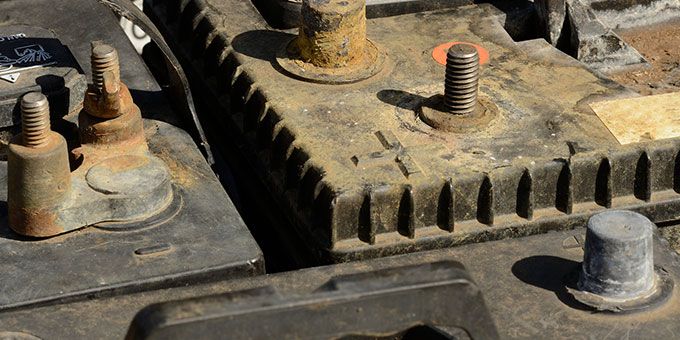 When your deep-cycle battery nears end-of-life, it’s normal to want to squeeze as much out of it as possible before spending money on a new one. Numerous online videos show a variety of ways to revive a dead or dying battery using various substances and hacks. The truth is, there are many factors that contribute to poor battery performance and failure, and it is important to diagnose the symptoms of poor battery performance before determining a cure.  It is also important to understand that many of the supposed “cures” can damage the battery, while others can be dangerous and do nothing to improve battery performance.

Fred Wehmeyer, Senior VP of Engineering at U.S. Battery, has more than 50 years of experience in rechargeable battery design and development.  He says that many of these hacks claim to show some type of improvement, but the gains shown may simply be artificial. One of the more common ones is adding Epsom salt to the battery cells.  According to Wehmeyer, adding Epsom salt (magnesium sulfate) to a lead-acid battery will ‘artificially’ increase the specific gravity reading (SG), but because it does not increase the sulfuric acid concentration, it does nothing to improve battery performance.

“This is because the sulfates in the Epsom salt are tied up as magnesium sulfate and are not available for discharge to lead sulfate as the sulfates in sulfuric acid are,” said Wehmeyer. “If you filled a new lead battery with a magnesium sulfate solution instead of sulfuric acid electrolyte, it would have no capacity at all.”  Simply put, adding Epsom salt will not recover the battery capacity but does “artificially” increase the SG.

According to Wehmeyer, the result would be similar if you remove the dilute electrolyte from a discharged and/or sulfated battery and refill it with the electrolyte for a fully charged battery (usually 1.270). The specific gravity will be higher, but the battery plates are still discharged and/or sulfated. Doing this will probably kill a potentially recoverable battery (see below).

Other popular hacks include adding baking soda to recover a dead battery. Baking soda mixed with water is often used to clean the tops of batteries and battery terminals because it neutralizes the sulfuric acid and acidic corrosion products. Wehmeyer says that pouring baking soda into the battery cells will neutralize the sulfuric acid in the electrolyte to sodium sulfate that cannot discharge to lead sulfate in the normal discharge reaction.  This will also permanently reduce the capacity of the battery, which was most likely already low.

Adding aspirin to the battery is another hack that is often seen in videos claiming to revive dead batteries. Wehmeyer says aspirin is acetylsalicylic acid, which eventually breaks down into acetic acid. Acetic acid attacks the positive lead dioxide plates in the battery and permanently damages them, leading to short battery life.  This may show a small, temporary increase in capacity but will quickly kill the battery.

If your battery is sulfated, which results in low power and difficulty in recharging to full capacity, it can sometimes be recovered using proper pulse charging techniques. Wehmeyer warns, however, that there are an infinite variety of pulse charging techniques used by a wide variety of equipment sold for this purpose.  These techniques include DC (direct current) pulses using various voltages and currents, as well as AC (alternating current) pulses with a wide range of AC frequencies. “The problem is that if not done properly, it can do more damage than good,” says Wehmeyer. “Having said that, I have tested some very complex and very expensive pulse chargers that appeared to recover sulfated batteries more quickly than traditional methods.  Most pulse chargers use an external power source (wall AC) to power the device. Some, however, use the battery’s voltage to power the charge pulses. This can kill the battery if left connected for long periods of time without a separate charger.”

Ultimately the best recommendation for potentially recovering a sulfated battery is to save your money and try using a long, slow charge.  If you have a battery charger that has a reconditioning or equalizing charge mode on it, that may be your best bet. “Use the equalization charge mode regularly, about once a month, on deep-cycle lead-acid batteries to extend the life of the battery,” says Wehmeyer. “Regular equalization charges prevent sulfation and stratification by balancing the individual cells and properly mixing the electrolyte.  In addition, a long slow charge could help recover already sulfated batteries to make them last a little longer.  If your charger does not have an equalization charge mode, simply wait until the charger completes a normal charge and then restart it by unplugging AC power and reconnecting.  The charger should continue charging for an additional 1 – 3 hours.  If the battery is dead from poor maintenance, worn-out from too many deep cycles, overcharging, or excessive deep discharging; it probably can’t be recovered.”

Following manufacturer-recommended care and maintenance procedures will get you the longest life and best performance from any battery. For more information on how to care for your lead-acid batteries, check out the U.S. Battery User Manual.