Geothermal energy, not to be confused with geothermal heating and cooling, is a clean, renewable, and sustainable form of energy that uses the hydrothermal fluids from the Earth’s core to power turbines

How did Argus Venture come to be?

Argus Venture was started by a group of college students who were ready to take the next step in their professional careers. They created a tech startup that would function entirely for the benefit of others. As they began their journey, they will look into developed apps and fixing other environmental or systematic problems that exist in the World today.

What is Argus Venture doing in Energy?

Argus Venture is leading Kentucky in renewable energy research as the state’s first research and development company for geothermal energy. Currently, our team is focused on securing funding to begin operations and initial development of Kentucky’s first Geothermal power plant.

So what is Geothermal energy?

Geothermal energy, not to be confused with geothermal heating and cooling, is a clean, renewable, and sustainable form of energy that uses the hydrothermal fluids from the Earth’s core to power turbines, thereby converting the steam into electricity.

Why doesn’t Kentucky have a Geothermal power plant?

Geothermal energy has been restricted to certain areas of the world for many decades. States such as California and Alaska with large volcanic activity are hotspots for geothermal plants. Many countries outside of the US have also capitalized on this power source such as Iceland and Sweden. However, Kentucky has been limited geological from implementing geothermal power due to its lack of easily-accessible hydrothermal reservoirs.

What technologies will be used in the plant?

The plant will use a binary cycle to pull the steam up from the ground, using it to power turbines, and pump the remaining water back into the ground, providing a sustainable, renewable, and eco-friendly form of power for the Commonwealth.

How much power (in laymans terms) will the plant generate and will it replace existing carbon based generation or just add to the mix?

Many 100 megawatt geothermal power plants have the capacity to match the power output of current coal and natural gas plants providing for an easy transition to an eco-friendly alternative.

Who will be the major players in the project?

Our major players include sites with high probability for deep geothermal reservoirs in which a geothermal plant could be constructed.

What is the timeline?

This is a long-term project for Argus Venture. We anticipate this being a project that spans over the course of a few years. Currently, our software engineers are working 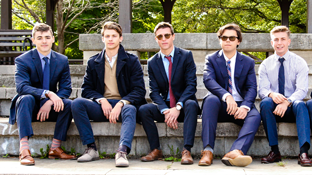 About Argus Ventures LLC
Argus was started by a group of college students who were ready to take the next step in their professional careers. Creating a tech startup that would function entirely for the benefit of others was our primary mission. As we begin our journey, we will take on several different projects all relating to assisting our community. Before we began looking into geothermal solutions for Kentucky, we took on the responsibility of fighting the college textbook crisis that is riddling college students with financial and emotional distress. We looking to have our app Libre Technologies up and running between March-July of 2019.