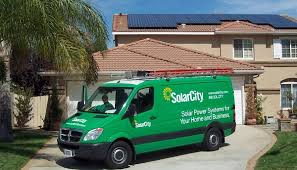 Tristan Edist for the Business Spectator:  SolarCity, the largest retailer of solar systems in the US (over 30% market share) and partly owned by Tesla’s Elon Musk, has announced it will produce the most efficient solar module available on the market at 22.04% conversion efficiency. SolarCity is claiming it has therefore managed to pip SunPower who have been the longstanding holder of the most efficient conventional silicon solar module on the market.

However in a subsequent discussion with Greentech Media, Peter Rive’s Chief Technology Officer conceded the majority of the panels coming off its pilot 100MW manufacturing line were hitting 21.8%.  In 2017 the company will be then moving production to a new 1 gigawatt per annum capacity plant in Buffalo which can sometimes encounter challenges with achieving stable quality levels during production start-up.

SunPower claims 21.5% efficiency for its X-Series panel although often manufacturers will  have some variance in performance of panels and make claims based on conservative estimates of performance. Greentech Media quotes an anonymous Sunpower source saying that 22% efficient panels are already coming off its production lines.  In addition the company is targeting achieving 23% conversion efficiency from panels it will manufacture from its fifth fabrication line, scheduled for start-up in 2017.