Danish researchers may have found ‘the energy source of the future' 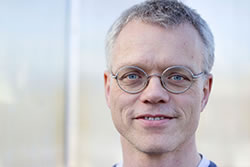 CPH Post:  Researchers at the University of Copenhagen have discovered a natural process they are calling ‘reverse photosynthesis’. They have observed how the energy in solar rays breaks down rather than builds up plant material, as happens in photosynthesis.

Sunlight is collected by chlorophyll, and when combined with a specific enzyme the energy breaks down plant biomass. The resulting product can then be used as a biofuel.

By increasing production speed while reducing pollution, the discovery has the potential to revolutionise industrial production.

“This is a game-changer, one that could transform the industrial production of fuels and chemicals, thus serving to reduce pollution significantly,” said Claus Felby, the University of Copenhagen professor who headed up the research.

“It has always been right under our noses,” he said. “Photosynthesis by way of the sun doesn’t just allow things to grow – the same principles can be applied to break plant matter down, so that the immense energy in solar light can be used so that processes can take place without additional energy inputs.”  Cont'd...