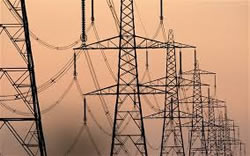 Ainslie Chandler for Bloomberg:  The U.S. energy sector accounts for 83.6 percent of the country’s carbon emissions, according to the Environmental Protection Agency, so tackling climate change effectively requires their participation. Some experts worry the lack of diversity in their leadership is hindering that shift.

Energy-sector boards are the least diverse of any industry globally, with 8.2 percent of seats occupied by women, compared with an average of 10.5 percent for all businesses, according to data compiled by Bloomberg. That translates to an average of just 0.7 women on the board of each of the 650 energy companies in Bloomberg’s review.

More than 170 countries signed the Paris Agreement in April, which aims to limit the global temperature increase to below two degrees Celsius. If this target is going to be met and the transition to a “de-carbonized” economy made, companies will need to fundamentally change, so leadership teams also have to change, said Rachel Kyte, chief executive and special representative of the UN Secretary-General at Sustainable Energy for All.

“It’s like this bus is coming toward us,” Kyte said of climate change and the transition to renewable energy. “If you keep asking the same people and they keep coming up with the same answer, we’re not going to manage this transition very well.”  Cont'd...