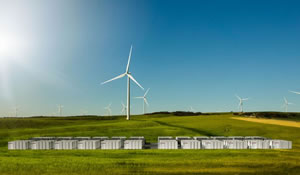 Julian Spector for GTM:  Credit where credit is due: Elon Musk made a crazy, eye-catching promise, and he delivered.

After a series of regional blackouts that shook South Australia in September 2016 and February 2017, a fierce debate emerged over how to manage the grid. Musk inserted himself into the debate, saying on Twitter that he could deliver 100 megawatts ofstoragein 100 days or it would be free.

Musk later noted that the cost of losing that bet would have been around $50 million, Business Insider reports. That would have been a tough blow to a company that just posted its largest quarterly loss. But it won't happen, because regulatory testing has begun ahead of the December 1 deadline.

"The world's largest gridscale battery - the Hornsdale Power Reserve battery - charged for the first time at 8.36am and reached 31 MW in 2 mins," tweeted Audrey Zibelman, the leader of Australia's energy market operator, on Friday.

That's a welcome success for Tesla, recently announced a three-month delay in the Model 3 production schedule and a $671.16 million quarterly loss.

In addition, the company's willingness to take on ambitious projects -- as in Australia and Puerto Rico -- has contributed to difficulties in delivering shipments to rank-and-file installers who count on the Powerwall and Powerpack.

Will the South Australia project amount to a one-off attention grabber for Tesla, or a more enduring business strategy?  Full Article: