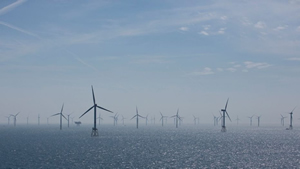 Fox News:  A plan to build scores of offshore, electricity-generating windmills within eyesight of the Kennedy compound and numerous other tony properties in one of America’s wealthiest, and most scenic areas, is officially dead in the water.

The Cape Wind project, which envisioned 130 turbines to be built off the Massachusetts coast, would have been the first U.S. offshore wind farm. It would also have spoiled the view from the Kennedy family’s estate and that of the Democratic family's billionaire neighbor, William Koch, owner of a nearby 26-acre estate.

Besides their opposition, Energy Management Inc., which led the project, had to battle fishermen and tourism-related businesses. But after 16 years of fighting, with the help of environmentalists, for the project – and scoring numerous legal battles along the way – Energy Management threw in the towel late last week, citing the cancellation of several contracts to sell its power to local utilities.  Full Article: