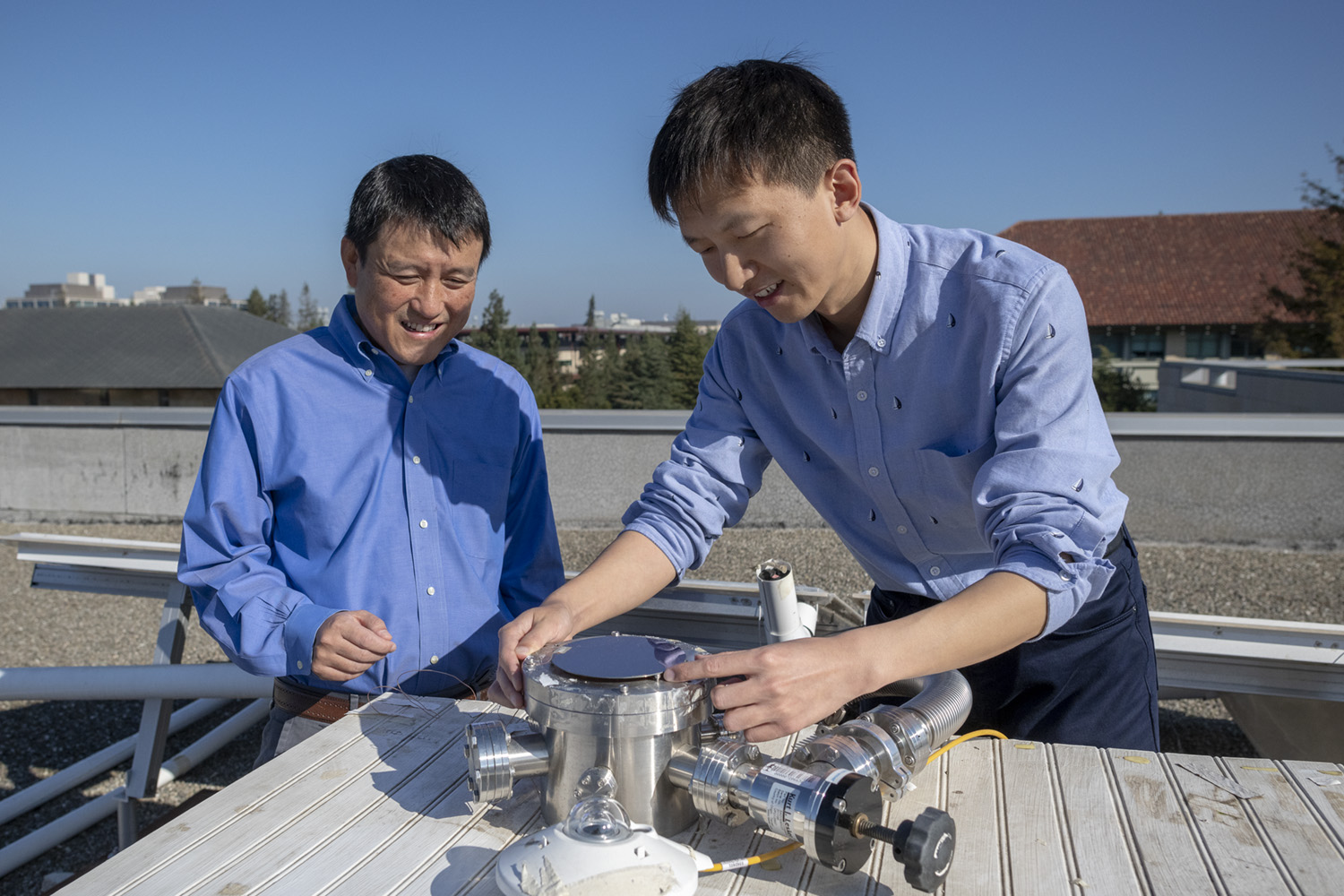 Professor Shanhui Fan and postdoctoral scholar Wei Li atop the Packard Electrical Engineering building with the apparatus that is proving the efficacy of a double-layered solar panel. The top layer uses the standard semiconductor materials that go into energy-harvesting solar cells; the novel materials on the bottom layer perform the cooling task. (Image credit: L.A. Cicero)

Today, such arrays do one thing – they turn sunlight into electricity. But Fan’s lab has built a device that could have a dual purpose – generating electricity and cooling buildings.

“We’ve built the first device that one day could make energy and save energy, in the same place and at the same time, by controlling two very different properties of light,” said Fan, senior author of an article appearing Nov. 8 in Joule.

The sun-facing layer of the device is nothing new. It’s made of the same semiconductor materials that have long adorned rooftops to convert visible light into electricity. The novelty lies in the device’s bottom layer, which is based on materials that can beam heat away from the roof and into space through a process known as radiative cooling.

In radiative cooling, objects – including our own bodies – shed heat by radiating infrared light. That’s the invisible light night-vision goggles detect. Normally this form of cooling doesn’t work well for something like a building because Earth’s atmosphere acts like a thick blanket and traps the majority of the heat near the building rather allowing it to escape, ultimately into the vast coldness of space.  Full Article: