The investment will enable the company (formerly known as CSD Nano) to begin full-scale commercial deployment of its MoreSun® anti-reflective and anti-soiling coating in the utility-scale solar market. 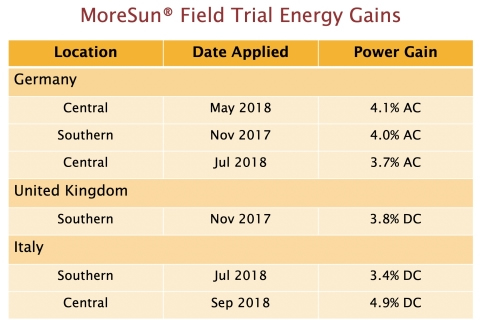 Independent testing has shown that MoreSun, which can be applied to any solar array, increases total energy output by up to 4.7 percent and increases power from direct axis light by up to 3.8 percent. 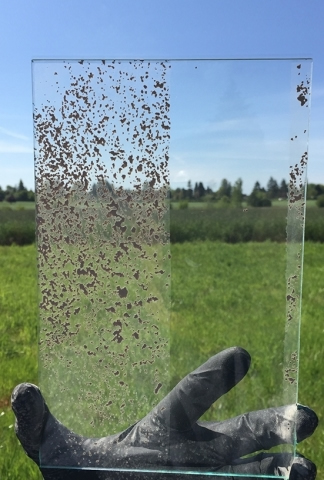 The coating is formulated with Pellucere’s proprietary Talus Dirt Rejection Technology™ that has been shown in testing to reduce the build-up of dirt, dust and other particulates by as much as 90%.

"MoreSun is the most cost-effective way to add capacity to existing solar facilities, while dramatically reducing energy losses due to soiling," said Bob Lukefahr, CEO of Pellucere Technologies.

"EIC conducted an extensive review of the state-of-the-art in solar module coatings," said Jeff Clark, managing partner of EIC. "The enormous market potential and compelling economic benefits from applying MoreSun derive from a unique combination of unparalleled anti-reflective and anti-soiling performance, coupled with a unique low-temperature, fast-cure that makes it suitable for both factory and retrofit solar applications."

MoreSun was developed based on advanced research at Oregon State University with support from the National Science Foundation, the Oregon Nanoscience and Microtechnologies Institute (ONAMI), and VertueLab, a climate impact accelerator located in Oregon.

"It's very rewarding to see this important clean technology that both VertueLab and ONAMI supported early on moving from the research lab to the commercial marketplace where it will increase renewable energy generation, a critical step in reversing the climate crisis," said David Kenney, president and executive director of VertueLab.

Pellucere Technologies will be at the Solar Conference tradeshows in San Francisco and Germany.

Pellucere Technologies develops and manufactures advanced optical coatings for energy and industrial needs. The company is based in Houston, Texas, with R&D and production facilities in Corvallis, Oregon, and sales and customer support in Germany and Taiwan.

Energy Innovation Capital invests in venture and growth-stage companies that are developing differentiated technologies or business model innovations for the energy sector.

VertueLab supports innovative cleantech startups in the Pacific Northwest that are developing solutions to climate change, while preparing these companies for follow-on investment through a series of focused programs.